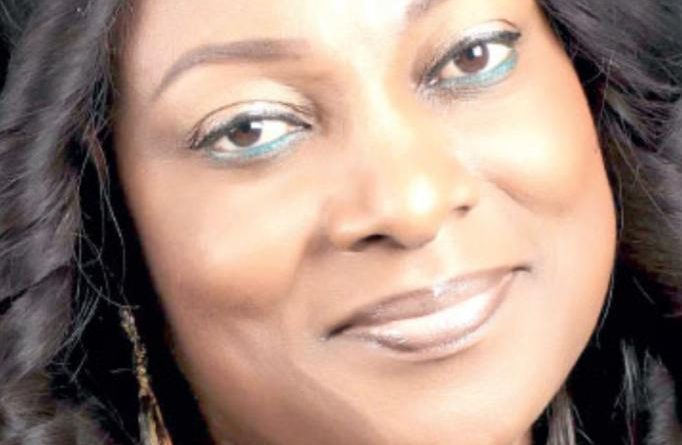 It has often bothered me that twenty-six years after we arrived Beijing and committed to the 12 critical areas of concern for the advancement of women worldwide that we are still talking about those things that undo us as humanity and disempower us as a nation. I was a proud delegate to the Beijing 1995 women’s conference and even then, conversations about giving women a fair and equitable chance to contribute to National development were met with all manners of obstacles but as Maya Angelou famously declared “Still we arise”.

As a people, Nigerians are some of the most amazing in the world, big hearted and giving, communal and charitable and brilliant to boot. But our realisation of the role our women can play in pushing the nation forward still needs a lot of work. And therein lies the plight of Farida. I tell Farida’s tale in order for us to understand the power of supporting any process that improves the plight of women in our land.

Yusuf could hear the groaning from his room. He turned severally on the bed unable to sleep. His wife Maimuna sat up; her nightshirt drenched in sweat. It was difficult for her to sleep as well.

It was two years ago that they had agreed to marry off Farida, their first daughter to a man, about her father’s age. Farida had expressed her displeasure and told anyone who cared to listen that she wanted to go to school. Moreover, she did not like her suitor. But no one was listening. Her Father told her she would grow to like her suitor and explained further that it was for the family. Do you want us to die in penury? Farida looked at her mother with pleading eyes. Her mother nodded consent and looked the other way.  Now Farida’s husband, Mallam Musa did not want her anymore and the reason is clear. She was now an expendable individual, used and dumped.

The groans from her room were sad and harrowing. At barely Sixteen, Farida was just a child and went on to carry a child. The entire process overwhelmed her fragile biology and destroyed her life. At the hands of a traditional birth attendant with little knowledge, she suffered the worst tear, lost her baby and ended up with Vesico Vagina Fistula. This is an opening that develops between the wall of the bladder and the vagina which leads to continuous leakage of urine. And incontinence This abnormal opening can be caused by injury from prolonged labour, surgery or an infection. This injury caused by prolonged labourh often occurs in young brides carrying a baby which their bodies are not capable of dealing with.

In addition to the Fistula, Farida also suffered physical violence at the hands of her husband leaving a deep scar on her leg that caused her enormous pain.  Add this to the stigma, the foul smell around her and the pain of no longer going to school. At only 18, Farida’s life has been cut short, school abandoned and the money the parents got from the marriage is not enough for her treatment and repair. Today as Farida wails, her parents look at each other in regret. Vivid as this story is. It is all true! Who will help Farida and how can we stop this violence against our daughters?

Worldwide one in three girls are subjected to one form of gender-based violence or the other but Nigeria has the third highest cases of child marriage and female genital mutilation numbers, globally. Statistics show that 8% of girls aged between 15-18 are married before age 15, while 43% are married before age 18, in addition, girls between 0-14 years have undergone one form of genital mutilation or another.  This is a huge deprivation of girls who end up like Farida, unable to help themselves or contribute to society. How many persons in Nigeria really want their daughters to end up like Farida? I doubt that there are. Scholars and Medical Doctors, Stamakos et al, writing in the Indian Journal of Surgery in 2014 capture the most important factors contributing to Obstetric Fistulas in Africa as socio-economic.; early marriage, low social status for women, malnutrition and inadequately developed socio-economic infrastructures especially in poor areas. They put the prevalence of the disease in Africa and narrow it in Nigeria to the North.

I am particularly concerned that domesticating international instruments concerning women’s issues in Nigeria continue to face obstacles that are difficult to fathom.

The proposed Gender and equal opportunities Bill have made far reaching provisions for people like Farida and her parents. One of these provisions is found in section 13 captured under the title, the rights of persons living in rural communities. This section provides for education for both men and women living in rural areas particularly women to enable them benefit directly from social security programmes and obtain all types of training and education both formal and informal would include that relating to functional literacy and opportunities through employment and self-employment. This section also provides for access to agricultural credit and loans, marketing facilities and appropriate technology for women. Can we all see the benefit to Farida’s parents and how Farida’s sad condition could have been avoided? No one would have needed to trade a girl-child for money.

The proposed Bill also advocates 18 years as the age of consent for marriage I believe that if things are in place as they ought to be Farida would today be the pride of her family, marry well, assist her family because she is educated and contribute to a healthy family life which in turn leads to National development.

No nation succeeds by using only half of its resources. Nigerian women are 49.32% of the population. Times are changing and our nation must also change with the times. We must retain those parts of our culture that are positives and begin to do away with the ones that bring sorrow to people like Farida and her family. Women hold half the sky. Let us support our wives, daughters, aunt’s and friends. It is possible if we pass the Gender and Equal Opportunities Bill.

Eugenia Abu is a Nigerian broadcast journalist, writer, poet and media consultant. She writes in from Abuja 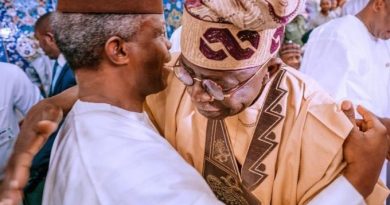 For 2023, Tinubu Is A Worthy Person To Support