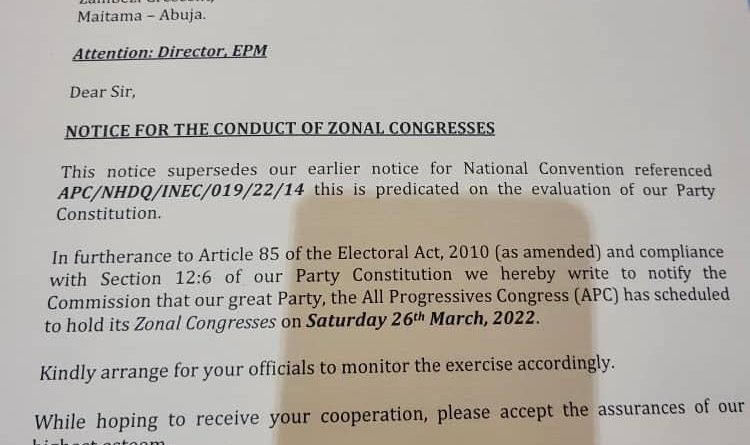 The All Progressives Congress, APC, has postponed its national convention earlier slated for Saturday 26 February, 2022 indefinitely.

In a letter written to  Prof. Mahmoud Yakub, chairman of the Independent National Electoral Commission, INEC, and signed by chairman of CECPC of the APC , Mai Mala Buni and its Secretary, Senator Akpan Udoedehe said the new letter to the effect that Zonal congresses would now hold on Saturday, March 26, 2022 superseded the earlier one. The letter was however silent on the national convention slated for this weekend.

With the new arrangement, APC convention may have been put off until further notice. 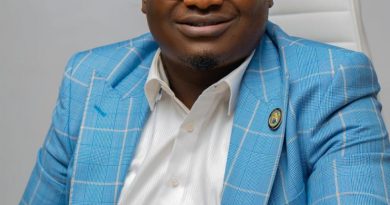