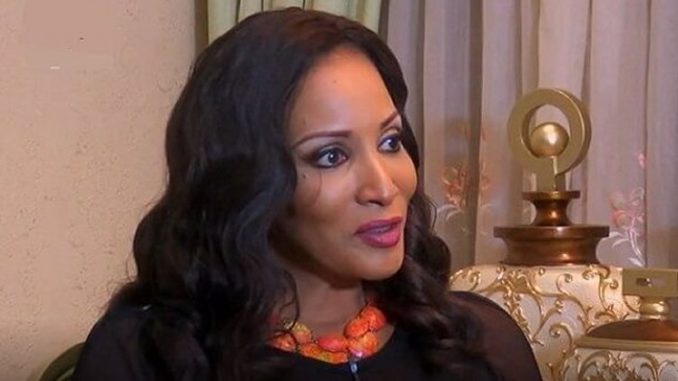 The widow of the late Chukwuemeka Odumegwu Ojukwu, Bianca, has opened up on what led to the face off between her and the immediate past first lady of Anambra State, Ebelechukwu Obiano, at the inauguration of Anambra state Governor, Charles Soludo.

Newsnowonline reported that Ebelechukwu fought Bianca at Soludo’s inauguration event. During the event, Ebelechukwu walked to where Bianca was seated, and immediately, both women engaged themselves in a fisticuff.

The unfortunate spectacle drew the attention of security agents and some personalities who pulled Mrs Obiano off the hold of Bianca who was visibly shocked at the action.

But giving insight on what transpired on Thursday, Bianca said Mrs Obiano taunted her and asked “me what I was there (at the inauguration) to do and using unprintable vile language.”

The late Ojukwu’s widow, in a statement on Friday, said, “As the inaugural ceremonies for Prof Charles Soludo and his deputy began and all guests were seated, the Former First Lady of Anambra State, Mrs Ebele Obiano, was noticeably absent.

“She then arrived some one-and-a-half hours later while the ceremony was on. I didn’t pay any particular attention to her arrival. Surprisingly, she then walked towards me and I thought she was coming to greet me. Instead, when she got to where I was seated, she verbally attacked me with her voice raised, taunting me and asking me what I was there to do and using unprintable vile language.

She asked if I had come to celebrate their last day in office. But I ignored her completely. Then, she kept aggressively putting her hands on my shoulders and shouting. While I ignored her verbal onslaught, as advised by those sitting around me, I requested twice that she refrained from touching me with her hands.

“She proceeded to do so yet again and went further to grab at my headtie, which she attempted unsuccessfully to remove. This very act is considered a sacrilege to a titled matriarch such as myself in Igbo culture. It was at this point that I stood up to defend myself and gave her a dirty slap to stop her from attacking me. As she made towards me, I then pulled away her wig.

“She held on to her wig with her two hands and tried to take the wig away from me. The former APGA chairman, Umeh, told her to leave me and told engaged APGA members that had gathered at the spot to lead her away, which they did and took her to the seat next to her husband Chief Willie Obiano who sat through the entire episode completely speechless.

“What struck me through the whole episode was the fact that she was clearly intoxicated. I was stunned by the stench of whisky in her breath at such an early hour of the day. How could a first lady be so drunk and proceeded to turn up in that state at an Inauguration ceremony that began at 9 am? It is unfortunate that she threw all caution to the wind and imported this kind of melodrama to a state ceremony.

“This was highly embarrassing to the Governor who left the venue almost immediately, taking her along with him. Luckily, this did not disrupt the proceedings and I stayed back to witness the ceremony to the end after which we were treated to a sumptuous reception at the Government House.” 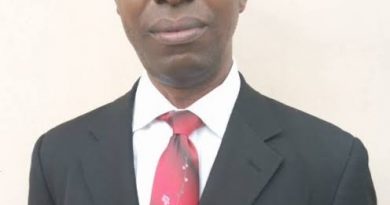 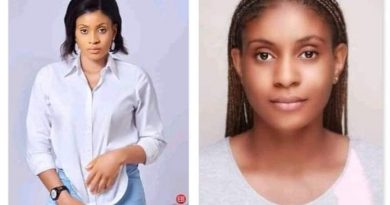 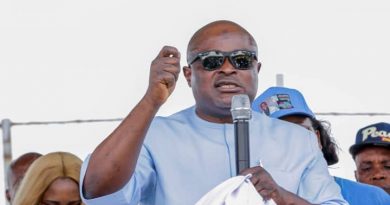