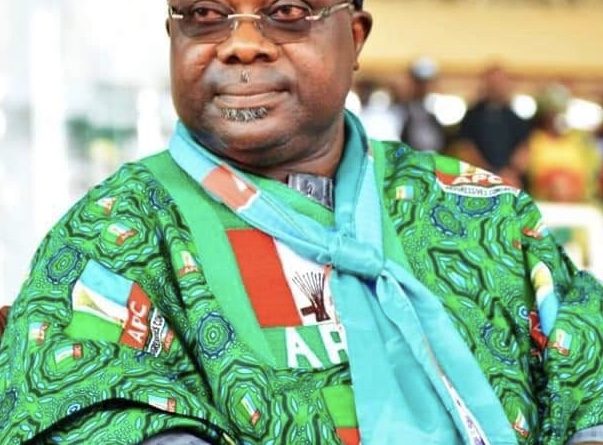 When I got wind of the pressure being mounted on His Excellency Senator Iyiola Omisore, PhD, by his well wishers and supporters in the APC and his eventual decision to bid for the position of the National Secretary of the party, I came to the immediate conclusion that the party members must have seen in him those rare qualities that are needed at this critical juncture in the life of the party to propel it through the development process beginning from the take off to crisis, to rebirth and finally to maturity.

For those of us who have been opportune to observe His Excellency at close range, we are inclined to state without fear of contradiction that he is eminently qualified and without doubt the best man for the job given his antecedents over the years.

However, for those who are not familiar with him or privileged to watch him at close quarters, we encourage them to seek information, be open-minded, objective and less emotional because we are convinced that no other candidate has the requisite qualities, experience, exposure and maturity that we have seen in Senator Iyiola Omisore, especially given the level of work, physical engagement and personal commitment that are required to reposition the party in the immediate and long term.

For those who may not understand our position, we enumerate below those qualities that are germane towards the positive and rapid and transformation of the party. We have seen these qualities in His Excellency’s long and eventful political career. We submit that he is not only fit for the job, he is indeed the best man for the job during this transition period when most party members are craving for the right type of leadership at the party’s hierarchy.

Senator Iyiola Omisore’s progressive, democratic credential is not in doubt, given his antecedent as a co-founder of the Alliance for Democracy (AD) during the military era and subsequent return to the civil rule in 1999. He does not only believe in the vision of the APC, he lives and breathes it by his actions and conducts. Therefore, we feel strongly that given his antecedents over the years, he will not only inspire the secretariat staff but the generality of the party members across the nation will be inspired if he is given the opportunity to be the party scribe.

His Excellency is trustworthy, honest and sincere in his personal, professional and political dealings over the years. As a consultant on World Bank Assisted Projects, he was and still highly regarded by the World Bank Mission to Nigeria. As an employer of labour, he understands the importance of establishing trust and building confidence in his employees. As a politician of the progressive persuasion, he can be relied upon at the critical moments as was evident in his support for the party’s governorship candidate in Osun State. The truth is that the election challenge in Osun State did provide His Excellency the opportunity to return to base as well as re-align with his supporters as a progressive. Given His antecedents, we submit that he is not going to trade away APC’s victory mandate as was done during the era of SDP and NRC because Senator Iyiola Omisore cannot be intimidated by anyone. He will stand by the party and for the party at all time.

His Excellency Senator Iyiola Omisore gets on well with people. He is admirably welcoming and open-minded. He is not the one to select who to relate with in the party. As long as one is a member of the party and sincere, His Excellency will always be available to address issues to be brought to his attention without ceasing, objectively and in line with the party’s guidelines and the constitution. No wonder, he is perceived by his numerous well wishers and supporters as a team player who is always quick to listen but slow to judge. In his world, arrogance, self centeredness and dictatorial tendencies have no place. This is why we feel and strongly too, that his ability to cultivate people genuinely, his exemplary display of elementary courtesies, his strong relationship management skill as well as his exposure and maturity put him ahead of his competitors for the post of the party scribe.

Without doubt the position of the party scribe requires someone who is not only energetic but also dynamic and forward thinking. It is our considered opinion that Senator Iyiola Omisore fits well into this position because over the years he is known for his hardwork, diligence, commitment and open-mindedness. We submit that he has the right frame of mind, the physical strength, mental magnitude as well as the national outlook to reposition the party secretariat in the immediate in line with the aspirations of its founding fathers and for the benefit of all without discrimination.

Furthermore, we hasten to state that one other quality that stands His Excellency higher than his competitors is his strong organizational ability, developed and proven over the years. This was evident when he was the Chairman Senate Committee

on Appropriation during which time he put in place structures, frameworks, requisite documentation and policy guidelines in conformity with global best practices which laid the foundation for the Committee in their continued quest for efficiency and effectiveness over the past one decade. To this end, we are inclined to state that His Excellency has the experience, the mental capacity and the knowledge to restructure the secretariat in line with the party’s constitution to eliminate waste and make it more robust, efficient, diverse and effective by leveraging technology to drive the process. His Excellency is at home with technology and he is digitally compliant.

Given the above qualities among others inherent in His Excellency, we believe that he stands shoulder higher than his competitors. We feel and sincerely too, that he is the best man for the job. As a matter of fact, he will not only rally the other EXCO members to put in place measures to grow and stabilize the party, he will indeed in conjunction with the party chairman provide strategic direction for the party, which at the moment is grossly lacking.

An economist and chartered banker lives in Lagos. 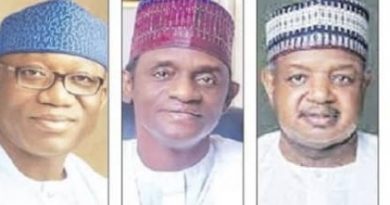 Before APC Goes To The Eagle Square: Kashim Shettima On My Mind 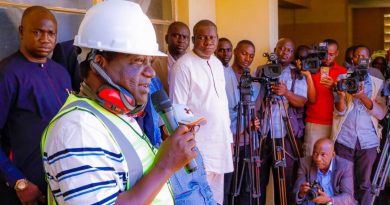 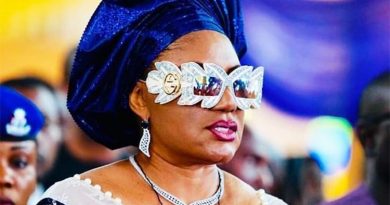 The Centre for Crisis Communication (CCC), the National Information Technology Agency (NITDA), and the National Drug and Law Enforcement Agency