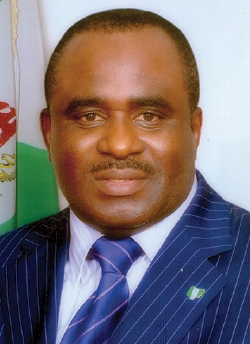 A former Director General of the National Agency for Food and Drug Administration and Control (NAFDAC), has stated that non-certification of local drug manufacturers in the country is encouraging the influx of fake and substandard drugs into the society.

Dr Paul Orhii, noted that indigenous production of drugs will reduce the country’s over-reliance on China and Indian products, adding that if Nigeria produces its own drugs locally, then it will be able to ensure the safety of the drugs it consumes.

It will be recalled that in October 2014, three Nigerian pharmaceutical firms got WHO certification by the World Health Organisation (WHO), to produce drugs in accordance with its Good Manufacturing Practice (GMP).

Four pharmaceutical companies in the country now have WHO approval, including Swiss Pharma Nigeria Ltd., which is already in production.

Orhii, however, is of the opinion that more still needs to be done.

“Most of the medicines consumed by Nigerians are imported, a development that is not good for the economy and the development of the country. Imported drugs help fake drugs to thrive in the country.”

There has been rising concerns over Nigeria’s over-reliance on foreign countries for its medicine needs. A conservative estimate put the drugs import consumed by Nigerians at about 70 per cent or more, which in the words of stakeholders, is dangerous as Nigeria has more than 200 million people.

According to the former DG, who was in federal office between 2009 to 2016, to boost its resolve to change the narrative, while he was in office, the federal government, through the Bank of Industry (BoI), set up a N200 billion intervention fund for the indigenous pharmaceutical manufacturing firms to take off, so that the country could become self sufficient in the supply of essential medicine and also become a main exporter of medicine, instead of the current situation where it is the main importer of medicines from other countries.

Orhii explained that the World Health Organisation (WHO), prequalification of the country’s pharmaceutical manufacturing firms, is needed because international donors buy medicines only from WHO prequalified companies.

Counting the gains of manufacturing drugs locally, he said, “For example, at a point that time, Global Fund expended $4.7m acquiring medicines for donation to developing countries. Nigeria with a population of 150 million people at that time, was a major recipient of these donations and yet no single dollar was spent here simply because we did not have a single company that is WHO prequalified. The only countries on the African continent that are prequalified  is one in South Africa, one in Morocco and one in Uganda. In Nigeria or West Africa, there is no single company that has WHO prequalification. And so, when we looked at the matter and when we looked at the fact that  we import 70 per cent of medicines that are needed in this country, we came to the inescapable conclusion that the availability of these pharmaceutical products  for Nigerians at affordable prices is a national security issue.  We took some of the top companies that have made substantial investment in the infrastructure and management.”

“About 11 companies were selected and taken to Geneva that year for a workshop at the WHO, so that they Would be trained and the prequalification programme would be extended to them.

“Surprisingly, the NAFDAC DG said, “when we arrived Geneva, we found that India and China have been there for the past six years as a deliberate policy of their government to support the pharmaceutical industries in these countries. We were going there for the first time. The WHO experts have done the workshop for our pharmaceutical industries, looked at where we are and then coming that month, they designated some experts to come to Nigeria to audit their factories and look at where we were, and what they needed to do to get to where they needed to be, identify the gaps so that we could begin to work on them.”

However, in April of that same year, eight pharmaceutical companies which had been undergoing pre- qualification exercise in the past few months by experts from the World Health Organisation (WHO), were not given certification.

Giving insight during the presentation of the Gaps Analysis Report to the minister of Health, the Technical officer of the WHO’s Pre-qualification Programme in Geneva, Milan Smid, however, had said there was potential for several manufacturers to achieve these standards in the next several months.

The WHO official advised that though they had identified certain opportunities for improvement, the manufacturers had to work more, and invest, so as to have pharmaceutical production of expected quality.

He said the team also identified issues common for local manufacturers and planned to train manufacturing staff and NAFDAC inspectors to “improve their understanding of these issues and upgrade these conditions to international standards.”

The technical team said it was optimistic that at least three companies might reach the standards faster, but insisted “the doors are not closed” to companies that may wish to progress faster.

“Each company has a chance. The matter is how fast it (the standards) may be achieved.”

Health Minister at the time, Professor Onyebuchi Chukwu, who received the report back then, said inspite of the envisaged certification period of two years, the manufacturing companies could work together to shorten that period.

According to him, Nigeria once had very reputable companies producing drugs locally but ceased to be competitive due to economic challenges, stressing that it marked the beginning of decline for the country’s pharmaceutical industry.

Chukwu had said then, “Now everyone has come back to the field. We are focused and we know where we are going”

In his remarks, Orhii said WHO qualification would turn Nigeria into a drug machine and supplier for much of Africa’s needs and the world.

The Pharmaceutical Manufacturers Group, an arm of the Manufacturers Association of Nigeria, urged for full support from the government in funding and patronage amidst proposal to establish a Bank of Industry fund for the pharmaceutical sector.

“The government has been able to do it for other sectors,” said chairman of the PMG-MAN, Bunmi Olaopa

“We don’t see why it should be difficult for them to do it for the pharmaceutical sector. If this fund comes, it is less than seven per cent interest, which means we will be paying less interest, and we need it,” he added.

But former Director- General, Nigerian Institute of Pharmaceutical Research and Development (NIPRD), Prof Karmanius Gamaniel, said though there are over 100 indigenous pharmaceutical companies, the issue is their capacity in terms of infrastructure and funding.

He observed that, its cheaper to import drugs than to manufacture locally because of the running costs. “For instance, he explained, the running costs for a company is higher here than what it is abroad. So if you include transport, you can still get drugs cheaper imported than producing here. It’s not as if our companies are incompetent. Most of our companies now are indigenous; we have Juhel and May and Baker.”

The problem, he says, lies in the fact that companies operate their business for profit, adding that they use the opportunity of need to also make profit while they satisfy need, which is the principle behind manufacturing companies and in some private institutions.

“So, the situation we are in is that it’s not profitable if you produce as compared to when you import. Once we solve infrastructural problem like power, these companies will produce at their best. So, this funding will go a long way in solving the problem. But I think the greatest problem is power, water supply and even local transport.”

He added that these are the things needed to boost local drug production and bring the prices of locally manufactured drugs down.

“So it’s not an issue of lack of capacity. Nigerians are competent people. Afterall, they are also producing drugs for manufacturing companies like Pfizer outside the country.”

With WHO’s certification of three pharmaceutical companies in 2014,  which pre-qualification certifies the Nigerian firms to join other companies within Africa and in other parts of the world in producing medicines for malaria, HIV/AIDS, tuberculosis and for other United Nations coordinated projects.

Health minister at the time, Professor Onyebuchi Chukwu, had welcomed the WHO decision and said that Nigeria was now recorded among the nations of the world whose local drug industries manufacture at WHO standards.

“With this international vote of confidence, it is expected that international procurers of essential medicines will improve the patronage of Nigerian/African-based pharmaceutical manufacturers,” he added.

The minister also noted that the pharmaceutical industry in Nigeria had spent over $600 million to ensure that local manufacturers could achieve pre-qualification. He said that the government will consider incentives such as tax holidays to help the local drug industry recover its costs.

“On the whole 11 companies started this journey and four have scaled the hurdle. I am optimistic that the remaining seven will be pre-qualified soon, while others are aspiring to join the race,” Prof. Chukwu said. 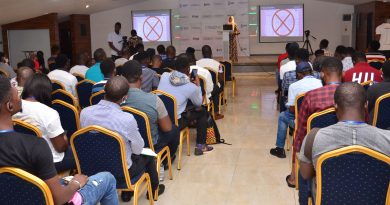 Influence Of Emerging Tech On Economy And Nation-building