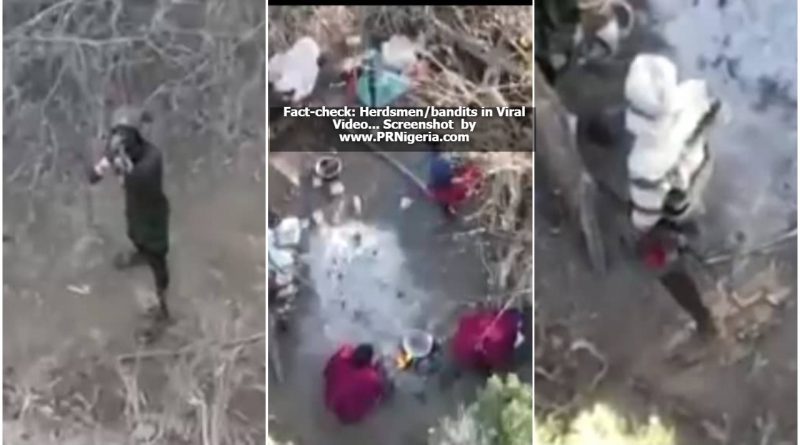 A fact-check by PRNigeria has revealed that armed bandits captured by drone footage cooking in a bush are not Nigerians.

Social media users who shared drone footage of armed bandits cooking in the bush claimed the (criminals) were the notorious terrorists responsible for kidnapping Nigerians, mostly in the North.

But after a series of investigations by PRNigeria, it was gathered that the footage first emerged in Kenya, showing armed cattle rustlers hiding in a dense group of bushes and trees in the Pokot area of Kenya. (https://prnigeria.com/2022/04/10/fact-check-drone-footage/)

“…Similarly, keyword searches on Google reveal a YouTube video of the footage posted by Trending Videos Kenya on Sunday, April 3, 2022, and not 4-5th April when it started trending on Nigerian cyberspace.

“The report reveals the bandits who are armed cattle rustlers have been terrorising the residents of Pokot, Laikipia, Baringo and Samburu counties and confiscating their cattle.

“It further narrated that they were captured by the country’s General Service Unit drone (GSU) captured hiding in a thicket with stolen livestock in a location called Pokot County,” part of the PRNigeria’s fact-check post reads.

To this end, the fact-check concluded that the claim in the said drone footage was misleading. 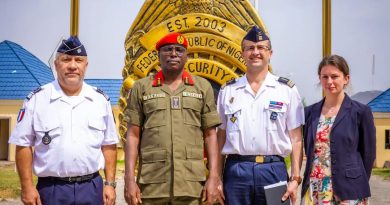 Easter:TUC Urges Nigerians To Imbibe The Lessons Of Sacrifice