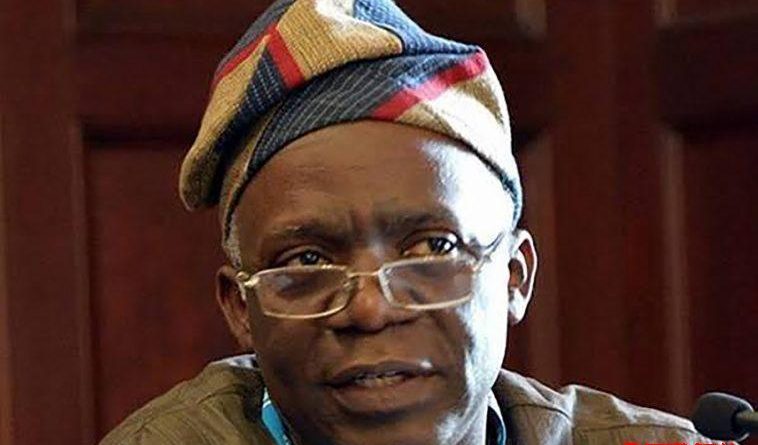 The Nigerian Correctional Service (NCoS) has described the allegation that some of it’s officials are in the habit of arranging for convicts to evade serving terms as wild, unsubstantiated, unpatriotic and most unfortunate.

A respected human rights lawyer, Chief Femi Falana (SAN) has alleged last week during a media session titled, “Forget the past, forfeit the future: A nation seceding from humanity”, that some officials of the Nigerian Correctional Service (NCoS) allow criminals to escape court verdicts by getting young men who will serve jail terms for criminals.

In a reaction at the weekend to the allegation, the spokesman of Nigerian Correctional Service, Francis Enobore said the authorities of the Service “have observed, with great concern, the statement credited to a legal practitioner alleging that some officials of the Nigerian Correctional Service allow criminals to evade court verdicts by getting young men who will serve jail terms for criminals. This wild and unsubstantiated allegation is unpatriotic and most unfortunate, especially coming from a respected lawyer of international recognition.”

He added that: “What is more worrisome is a growing consistency by the author to vilify the Nigerian Correctional Service without a just course. It would be recalled that in February 2021, the author alleged that a high profile inmate who was on remand in the Medium Security Custodial Centre, Kaduna contracted COVID-19 in custody.

“The alarm which insinuated that inmates were kept in squalor and exposed to debilitating health conditions, triggered condemnation from various quarters. Subsequently, an independent COVID-19 test by the National Centre for Disease Control (NCDC) in conjunction with the personal physician of the then inmate was conducted. The result came negative without a trace of the disease in her system.

“Now the alarm is being raised over hearsay arrangements to keep in custody, persons other than those legally convicted yet no name of persons or custodial centre is mentioned. The Service is compelled to respond to the allegation in order to correct the wrong impression and prevent disaffection the information is capable of creating in the mind of Nigerians.”

Enobore said: “For the avoidance of doubt, the process of admitting persons into custody begins with the court where the warrant is issued stating the particulars of the person concerned. At the designated custodial centre, the personal details are confirmed by the superintending officer before further biometrics, including photographs are taken.”

He also explained that: “On routine visits by the Controller in charge of the state, the inmates and their corresponding documents are checked. Furthermore, the Zonal Coordinator conducts his mandatory custodial centre inspection during which these information and general supervision of the yard is carried out. The Controller-General, on his own, carries out unscheduled visits to any custodial centre and prisoners’ records are checked.

“Moreover, Judges, lawyers, statutory custodial visitors, inmates’ relations, religious groups, civil society organisations and host of other visitors regularly interface with the inmates and it is expected that where such incident is observed, an alarm is raised for appropriate action to be taken.”

He said: “Particularly intriguing in this scenario is the fact that author is a public figure like many other distinguished Nigerians, that cannot be denied access to any custodial centre in the country upon request for a genuine course. One therefore wonders why he would resort to wild statement rather than identify a particular culprit with proof of his allegation as would be expected of a patriot.”

Meanwhile he said: “As always, the Controller-General of Corrections, Haliru Nababa is irrevocably committed to the good course of inmates’ care and support for the betterment of the society and recent commendable performances of the inmates in both academic and vocational skills acquisition bear eloquent testimonials to this positive trajectory.

“While soliciting for constructive engagements and contributions from well-meaning Nigerians towards improving custodial management in the country, the Controller General assures of his unwavering determination to put the Service on a higher pedestal.” 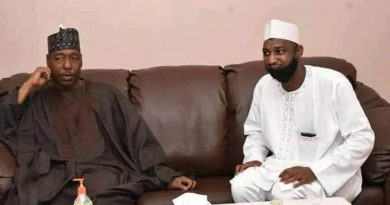 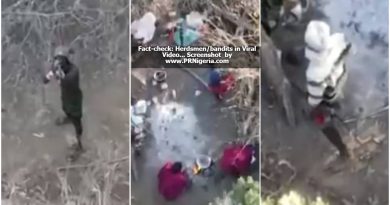 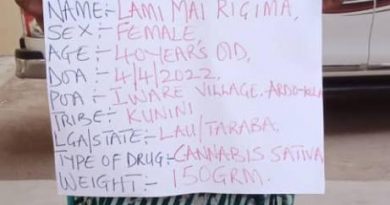