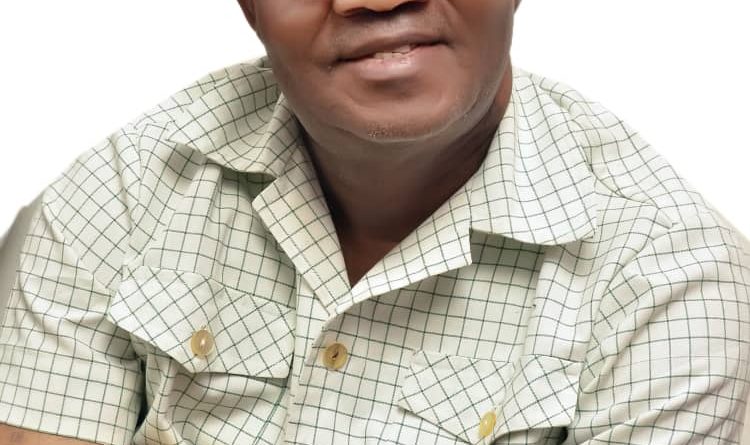 As criticisms continue to trail the humongous cost fixed for purchase of nomination forms by the two main political parties in the country, the All Progressives Congress and the Peoples Democratic Party, a presidential aspirant has lashed out at the women leader of APC, Betta Edu for saying only unserious aspirants will complain about the cost fixed.

It would be recalled that Edu through media reports that went viral said the cost of nomination fees for various elective positions were in order as it will help stem the influx of aspirants during the party primaries.

The APC stalwart who is a presidential aspirant under the party umbrella, Chief (Comrade) Salihu Othman Isah has however disagreed with her, saying her views as inconsistent as they are, are also tantamount to the principles of fair and participatory democracy.

Edu had opined that the reason for fixing the high price is to cut down the number of the aspirants that would buy the forms thereby creating a situation that would put less pressure on the party executives during the process of screening the aspirants.

Comrade Isah kicked against the position which he described as also lacking in human depth, reasoning and ethics of political contest.

“I really don’t know what she meant by this. But why would a political party limit options available to it because you want to reduce the workloads of the national executive of the party? What were they voted to do? Is it not to work for the party and invariably, its members?”, stressing that such action is undemocratic and against the fundamental political rights of a huge mass of willing contestants.

Edu in the interview had also said youths in the party should be able to raise half of the funds to purchase the form inspite of the huge cost in line with the reduction offered for women and youths.

“What nonsense. How would she have felt if she was asked to buy form to contest her position of Women Leader at the cost of even N20 million? Do they think every political office seeker is corrupt? Are they not by this inviting indecent elements, including robbers, kidnappers, ritualists into the fray?”.

“How many Nigerian youths can boast of such a huge amount earned through legitimate means if not those who have benefactors in high places?

“How many Nigerian youths, except for those into dubious acquisition of wealth or who are children and wards of one godfather or people in government sponsoring them.”

He hinted that the high cost of the forms will further promote godfatherism in the political space, a cankerworm Nigerians have been battling hard to eradicate.

Isah went on to advise that APC should descend from its perceived Olympian height back to reality and not keep deceiving itself that being the ruling party at the centre makes it easier for its candidates to win elections.

He gave instances of how the party has lost vital elections, especially governorship polls like that of Edo state it ought to win easily due to over confidence that it has the government at the centre as well as infighting within the party. So far about five states have gone to the opposition parties as a result of these factors.

Chief Isah also blamed some of these losses to lack of non performance at the national sphere and provision of level playing ground for aspirants.

According to him, “the recent presidential assent to the new Electoral Laws makes it extremely arduous for any candidate to rely on rigging to win elections in the country henceforth.

“Or have they forgotten so soon how the same ruling party battled so hard to be able to scrape victories in just three out of the six area councils in the Federal Capital Territory Abuja recently.

In the said recent area council polls (which is equivalent to local governments council elections), the APC lost three of them including the Abuja Municipal Area Council (AMAC) which hosts the Aso Rock Villa, the presidential seat as well as other high profile government establishments including the presidency and private investments.

“Why did the so called ruling party lose the most important Area Council (AMAC) that host President Muhammadu Buhari and some of his cabinet members and big investments too? Did the APC not lose it to the PDP candidate?

By this I am only trying to counter the perception that being a ruling party have its advantage for its candidates as my argument is to the contrary.

Isah listed other factors such as the inability of the ruling government to tackle the insecurity/insurgency menace that have overwhelmed the country, poverty, low level of education standard, medical tourism, epileptic power supply, poor roads networks, lack of portable water supply among other recurring challenges too numerous to mention.
Over 75 percent of the nation’s citizens cannot afford one decent meal a day.

“Look at the tertiary education sector. It’s one crises after the other. The Academic Staff Union of Universities(ASUU) have been on strike for several months now and not likely to be called off anytime soon, while other unions in the campuses are threatening to join the strike in solidarity so as to entirely cripple the education system. But who are the end losers? It is children of the poor who cannot be sent overseas for studies or afford private institutions.

He lamented that hardship in the land has made the criminal elements within us to up their evil game to a deadlier level. All the ruling party could do is to frustrate those that can govern the nation well by pricing the nomination fees out of their reach.

“So what is this nonsense that it is because it’s the ruling party hence the heavy cost aspirants will cough out for nomination forms.

He sounded rhetorically when he asked, “Does being a candidate of the ruling party guarantees victory? What makes them even think that APC can win the centre come 2023 with the kind of mass resentment against it even from within. We are the ones on ground and on social media and we know what is actually ongoing.

Officials of government might not give the President accurate information about mass perception of his administration’s policy and party. They won’t dare brief him on how much hatred Nigerians have for APC and the leadership itself.

“I feel distraught that on several social media platforms I belong, I have been inundated with queries on the low performances index of APC government and I have had to quit some of them to retain my sanity due to direct attacks on my person for defending the administration. I’ve lost valuable allies too as a result of this.”

The activist who was named as one of the fifty future leaders in Nigeria 2019 by the National Youth Council of Nigeria(NYCN) disclosed that he had complained somewhere before now that some elements in the party plan to kill it before May 29, “so that power will shift to the PDP where they really belong. What is happening today is a pointer to that. They are mercenaries in our midst.”

He equally posited that the power mongers within the APC want Buhari to be the first President and the last that the party will produce.

“I want you to get me clearly. Or did you not hear her out? That the high cost of forms is a way of weeding out unserious aspirants. What a feeble statement. Imagine what is coming out from one of those executives of the party that came from the back door.

Let me reiterate that it is not by happenstance that all of those that constitute the present executives of APC are from the opposition. They are here for the hatchet job to displace the original owners of the party, those who laboured for the formation of the party but have been pushed aside.

“Otherwise, how can one Women Leader allow herself to be used to pour out this gibberish; about not being able to buy form amounting to the aspirants being unserious? How do these correlate?

We all know full well how she came about to the party from the PDP and be made Women Leader under one phantom consensus arrangement. We all witnessed what happened at the Eagles Square during the convention. We all saw how aspirants cried out freely for being shortchanged under the guise of consensus, a process that brought Ms. Edu on board.

The shenanigans at the Eagles Square didn’t happen out of the blues. It was a deliberate and well honed plot to hijack the party from its founding members but they will fail. They might have the executive now but its original formative members still know themselves.

Isah therefore expressed that arising from the recent developments, he enjoined the original owners of the APC to possess their possession, adding that “We must not allow the aborigines who have come with ulterior and unholy plans to push aside all those that labour day and night to wean the party from its formation to date.

“We must speak out. We must fight back. We must not allow them to fester because they are worse than Covid in APC having migrated from China, which PDP represents in this case. They cannot make us visitors in our own homes. Enough is enough”, Chief Isah concluded. 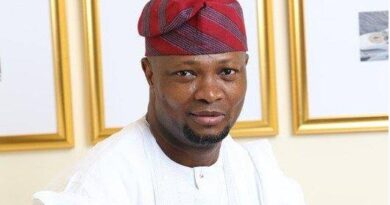 2023: Jandor Will Be Next Governor Of Lagos State- Bishop Awe 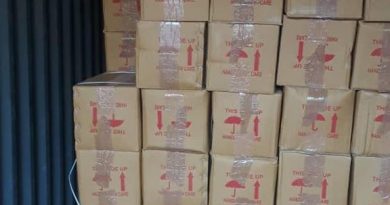