A civil society organization, Centre for Social and Economic Rights (CSER), has  condemned in the strongest terms, the recent statement credited to a Muslim group (MURIC) on the endorsement of Governor Babajide Olusola Sanwo-Olu of Lagos State for a second term in office by the Governance Advisory Council (GAC) of his party All Progressive Congress (APC).

In a press statement signed by it’s executive director Nelson Ekujumi, CSER described MURIC statement as “reckless, divisive, anti people, retrogressive, provocative and an assault on the sensibilities of the good people of Lagos who see themselves as brothers and sisters, even when conscious of their religious differences”.

According to Nelson Ekujumi while condemning Dr. Ishaq Akintola inciting statement, admonished the MURIC leader to understand and appreciate that Nigeria is a secular state and that Lagos State as part and parcel of that federation is not made up of persons of only Christian and Islamic religious faiths for whom the reign of governance should be a turn by turn affair.

CSER challenged Dr Akintola to produce for public scrutiny any iota of evidence to substantiate his unwritten agreement of turn by turn on who becomes the Governor of Lagos State between christians and Muslims and the identity of the stakeholders involved.

Going further, Nelson Ekujumi advised Dr. Akintola to go and read the political history of Lagos State and be better informed that religion has never been a yardstick for deciding democratically who becomes the Governor of the state, but character, capacity and performance which produced former Governors Asiwaju Bola Ahmed Tinubu, Babatunde Fashola, Akinwunmi Ambode and now Babajide Olusola Sanwo-Olu who has stepped into the shoes of his predecessors gallantly.

Nelson Ekujumi in the press statement, advised MURIC to redirect it’s energy and drive towards good governance as encapsulated in the sterling performance of Governor Babajide Olusola Sanwo-Olu administration in his first term and which has earned him accolades and admiration both locally and internationally and propelled his endorsement for a second term in office by the GAC, rather than this anti people and divisive campaign of christians against Muslims whose brotherhood chain in Lagos State and Nigeria cannot be broken by any agent provocateur.

CSER then called on Lagosians to ignore the divisive statement of MURIC and continue to see themselves as brothers and sisters united by a common destiny for a greater Lagos to the benefit of humanity and to the glory of God. 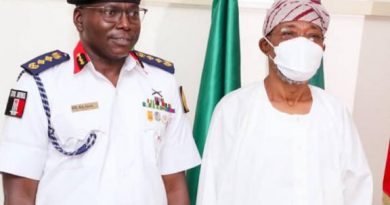 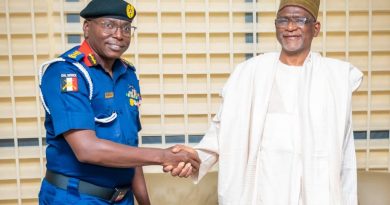