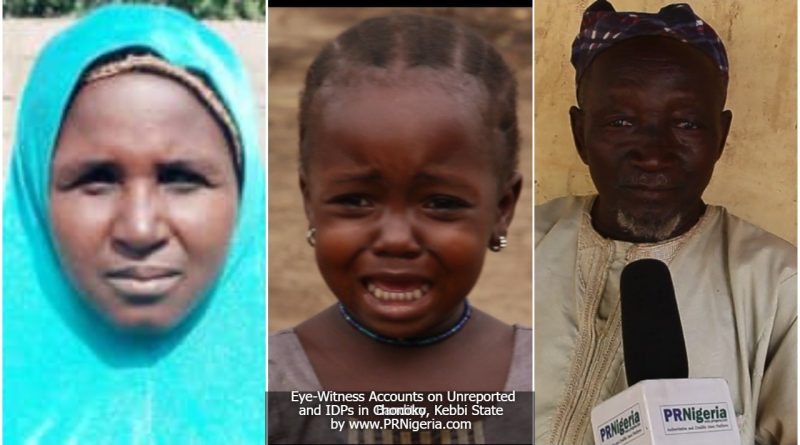 …No Humanitarian Intervention For IDPs In Chonoko

In the last three years, no fewer than 10,000 people have been displaced in Kebbi State, a PRNigeria investigation has revealed.

The displaced persons are victims of ‘gruesome’ attacks launched by armed bandits, at communities within the Chonoko axis in Danko/Wasagu Local Government Area of the State.

The bandits, according to the PRNigeria investigation, killed over 200 villagers, and sacked 42 communities, in the carnage(s) they started perpetrating in 2019.

Two PRNigeria reporters who visited communities in Chonoko recently gathered that the bandits have since been occupying the deserted houses of their victims, with impunity.

While narrating his ordeal to PRNigeria, a 70-year old Mai Unguwa  Maizuwa who was sacked from Zagami village stated that the bandits have been carrying out a series of attacks on their community for three years in a row, since 2019.

The bandits, he said, over time rustled all their cattle in the community and equally plundered their belongings, killed many people and recently sacked the entire village.

Apart from that, Maizuwa said that other items including many bags of cement and some monies he saved for business, about to N997,000 naira, were lost during the invasion.

Maizuwa, who has 20 children, is currently living in agony in an overcrowded IDP camp in Chonoko town.

Another victim who lost his son to one of the incidents at Kadebo village, Musa Sarkin Makada, had explained to PRNigeria how life has been difficult for them since their community was ransacked.

It was learnt that since the attacks were carried out, his community was deserted and turned into a ghost town as women, children, the elderly and even the disabled who could not run were evacuated to Chonoko town for safety.

Also speaking in the same vein, a respected community leader who pleaded anonymity even though he was recorded told PRNigeria that up to now the bandit-terrorists have continued to operate with impunity in the area thereby sacking more villages, burning down houses and valuable items including food supplies while many schools remained closed.

“Apart from attacking and abductions of villagers, they destroy farms and cottages in the vulnerable communities

“The looming food crises would surely consume many lives, as thousands of farmers were forced to abandon their vast hectares of land and this drastically reduces agricultural activities which serve as the only source of livelihood to the locals. Schools too have been closed down in all the affected communities increasing the population of pupils and students that abandoned education.

“Moreover, upon all these atrocities by the criminal elements, there is no presence of security forces to counter the banditry while humanitarian agencies including Red Cross, Refugees Commission and NEMA have not provided any support and intervention to IDPs, especially with relief materials and medications for the sick and traumatized citizens..

“The displaced people have lost of hope of ever returning to their ancestral homes. It is a terrible situation,” he concluded.

Meanwhile, in their responses to this report, NEMA and Refugees Commission promised to address the plights of the IDPs as soon as possible while a spokesperson of ICRC said that due to their active humanitarian engagements in North-East and North-Central, they are yet to focus on the North-West 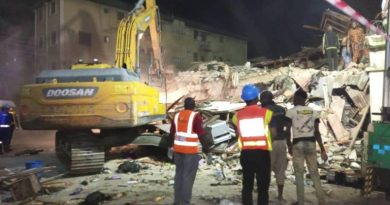 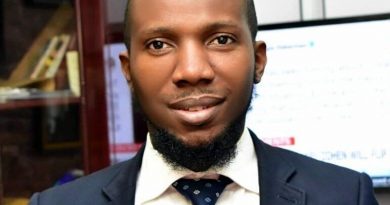