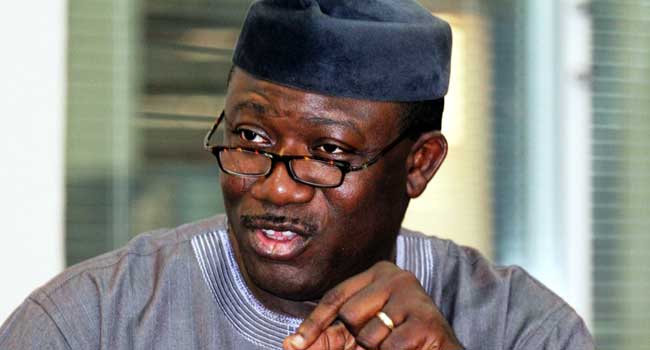 The All Progressives Congress, APC, in Ekiti State, has lauded Dr. John Kayode Fayemi, CON, for his May 4, Presidential declaration, where he revealed his vision of a Nigeria where everyone would rally around for the unfinished work of national greatness that will take the country to its next phase.

Through a release signed by its State Publicity Secretary, Segun Dipe, APC described the Fayemi declaration as a “mother of all declarations,” which should be taken into serious consideration while deciding who flies the flag of the party for the 2023 presidential election.

The party however assured that notwithstanding the degree of his commitment to the presidential ambition, Fayemi would not derail from his determination to finish well and strong his current second term as the governor of Ekiti State.

Noting that Fayemi’s success in the state is sine qua non to stepping up to the higher and more challenging presidential status, Dipe assured that the governor would not toy with his resume of quality service and his legacy cannot be disparaged by any form of propaganda.

The party described Fayemi as a great democrat, a consensus builder of note and a “comrade at arms” who has paid his dues in ensuring that the Nigerian project does not head for the rocks.

“Fayemi’s declaration is rated the best so far. Although he appears to have spoken extempore, he spoke intelligently, he spoke confidently, he spoke determinedly and he spoke with all sense of purpose. For Fayemi, failure is not an option,” Dipe said.

Also, reacting to the description by the Peoples Democratic Party, PDP in Ekiti of Fayemi’s declaration as a “declaration of failure,” APC said the PDP was only lamenting it’s constant defeat by APC and remains dazed by the dizzying height Fayemi constantly attains.

“They are traducers. They know the truth that Fayemi is an Omoluabi par excellence and that he represents Ekiti well at both the national and international levels. They know that Fayemi is doing a great turnaround job in Ekiti and if given the opportunity to replicate it at the national level, he would not fail or falter. But because they in the PDP know that the more Fayemi succeeds, the more their party progresses on the path to extinction.

“The PDP asked Fayemi to tell Nigerians how well he has governed Ekiti State to qualify him as the President of Nigeria and we dare say that the governor has lifted the State from the dungeon PDP threw it into and raised its standard very high beyond their imagination.”

APC further assured that even as Fayemi moves on to higher heights, he will not leave Ekiti to return to its Egypt but ensure that his successor inherits and sustains his legacy of quality service. 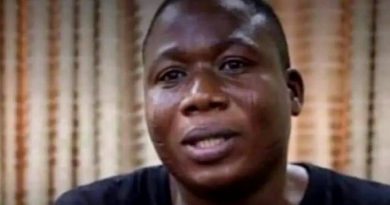 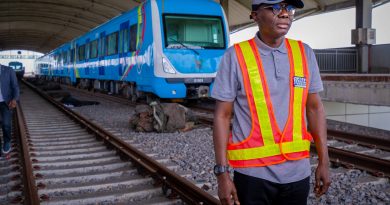