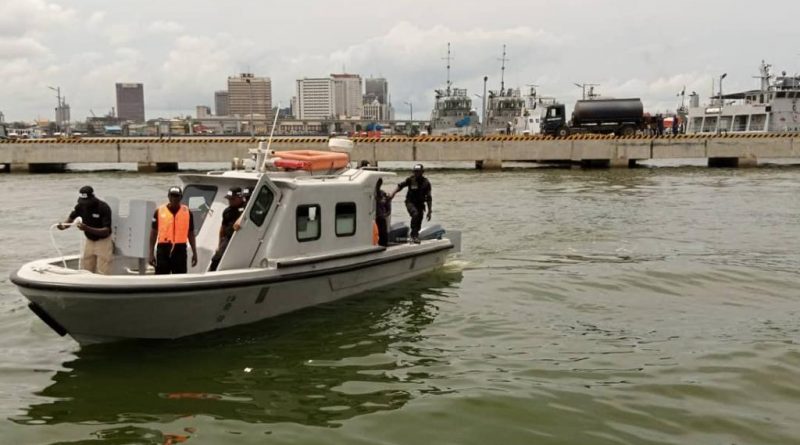 Chairman/Chief Executive of the National Drug Law Enforcement Agency, NDLEA, Brig. Gen. Buba Marwa (Retd) has said that the ongoing synergy between the anti-narcotic agency and other stakeholders especially the military will further tighten the noose on drug cartels and spell doom for their activities in the country.

Marwa, who stated this on Thursday at the handover ceremony of two epenal boats and other operational equipment by the Nigerian Navy to the NDLEA at the Western Naval Command headquarters, Apapa, Lagos described the gesture as symbolic and beginning of an era of stronger ties between both institutions, said: “The agency is determined to cripple the activities of drug cartels on every front. We do not doubt that the combination of naval and narcotics strategies will spell doom for drug barons in the coming days. NDLEA will continue to partner with relevant stakeholders as we tighten the noose on drug criminals.”

He said: “I am particularly pleased with the prompt response to my request for materials that could help to strengthen the Marine Unit of NDLEA as part of a sweeping effort to protect Nigerian waters from the trafficking of illicit drug substances. The synergy between the Navy and NDLEA, as exemplified by this ceremony, is a testament that we are winning the drug war on the waterfront within the broad goal of preventing drug cartels from smuggling narcotics into our country through airports, land borders, and seaports.

“We have come to a point where security organisations can longer afford to work in silos. Illicit drug trafficking, as a transnational organised crime, requires the deployment of intelligence and close-knit collaboration with key stakeholders like the Nigerian Navy and other security organisations. In our effort to stem the tide of narcotic drugs, we have gone the extra mile and that includes the pursuit of synergy with organisations in the security sector.”

Marwa while highlighting some of the gains of partnership with other stakeholders in 2021, said: “And so far, our efforts in one year showed that the strategy is effective. In 2021, we recorded the arrest of more than 12,300 suspected drug offenders, including seven drug barons with 1,400 drug traffickers jailed. We were able also to counsel and rehabilitate 8,000 drug users and in the same period, also, we mopped up over 3.4 million kilogrammes of assorted drugs. Interestingly, drugs and illicit proceeds of drug crime worth N130 billion were successfully recovered.

“This year equally started on an excellent footing. We broke our first quarter operational record with the arrest of over 3,539 suspected drug traffickers (including rogue security personnel and a well-known billionaire baron) and the seizure of more than 65,916 kilogrammes of drugs.”

While thanking the Chief of Defence Staff, Gen. Lucky Irabor and other service chiefs for supporting the nation’s drug war, Marwa who was represented by the agency’s Director of Seaports Operations, DCGN, Omolade Faboyede expressed confidence “that this partnership with the Nigerian Navy will produce more outstanding results in our country’s fight against narcotic drugs and psychotropic substances.”

He expressed appreciation to the Nigerian Navy under the leadership of Rear Admiral Awwal Zubairu Gambo, adding that: “I would like to close with the words of Helen Keller: “Alone we can do so little. Together we can do so much.”

In his remarks, the CNS Vice Admiral Gambo, who was represented by the Ag. Flag Officer, Western Naval Command, Rear Admiral HUF Kaoje said the support for the agency was to enhance its efforts to fight the drug scourge and boost its capability to curb illicit drug activities on the waterways.

The Naval chief expressed determination to continue to support the agency as a major stakeholder in national development. 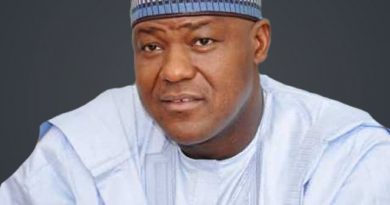 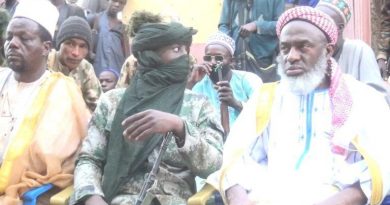 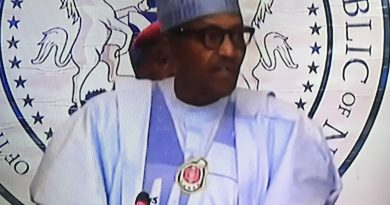