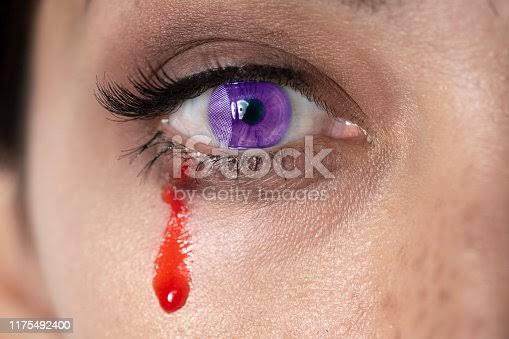 Where justice is denied, where poverty is enforced, where ignorance prevails, and where any one class is made to feel that society is an organized conspiracy to oppress, rob and degrade them, neither persons nor property will be safe.

Some years ago, I had a dream that was as scary as it was graphic; a vision so life-like that i pondered over it for many years, wondering what it signified. I have decided to share this vision with my readers. Please, read with an open mind.

The opening scene of my vision revealed a large map of Nigeria sitting majestically atop a high mountain. Next, I saw a group of purple clad individuals dragging a multitude of prisoners in shackles behind them. The prisoners were intermittently whipped, cursed and ordered to “keep moving” by their tormentors. All pleas for mercy by the prisoners were bluntly rebuffed by their captors. At this juncture, a serene voice said to me “the oppressed souls you see are fellow citizens, while the well-attired group maltreating them is the oppressive segment of the political class”. This revelation was quite baffling, but more was still to come.

Suddenly, the regally appareled individuals armed themselves with crude weapons – cutlasses, hoes, sledge-hammers, cudgels etc. – and started defacing the large Nigerian map on the mountaintop. While the cannibalization of the map was going on, a tiny faction separated itself from the principal group and attempted pushing the map off the mountain top. At this juncture, a band of warriors mounted on white Stallions suddenly broke through the steel fortifications of the slave camp. Raucous shouts of “freedom” erupted in the camp as the invaders on horseback proceeded to liberate the slaves, arm them with sophisticated weapons – Assault Rifles, Grenades, RocketLaunchers etc. – and led a great Calvary charge against the slave masters. The resultant scenes were horrific, to say the least.

Next, the former slaves, now liberated and armed, attacked their purple clad captors, mowing many down in a blaze of fury. The once mighty slave drivers were chased out of the camp by the irate mob. There was a lot of dark smoke everywhere, as the slave camp was consumed in a blazing inferno. The eyes of the slave masters darted around for help, but none was forthcoming. There was palpable fear in their eyes; that emasculating kind of fear that saps the brave of their manhood. These were pitiable sights, indeed; sights of the miserable depths the once powerful had sunk; graphic images of the emptiness of power when it is lost; picturesque representations of all that is vain and inglorious.

Another shocking sight was that of the camp’s security personnel allying with the freed slaves and turning against their masters, mowing several down like unwanted weeds. In concert with the army of the freed slaves, they matched on the citadels of power, battering them down in a blaze of fury. Lots of calamity befell the former slavers. I saw an angry mob confront their taskmasters with nothing but their sheer will. There was pandemonium everywhere.

Finally, I saw the select group of individuals, who had earlier liberated the slaves from the concentration camp, at the head of a large crowd attired in green and white regalia, singing joyful choruses in celebration of the defeat of the old brigade. There were loud shouts of “victory for the masses” and “peace in Nigeria”. It was a more heartwarming scenario, compared to the previous scary ones; a pleasing relief from the bloody scenes that had held me spellbound while they lasted; a welcome escape from the carnage of death and destruction that had held the once powerful slave masters in their trance-like grips. I watched these spectacles, wondering what they foretold.

I woke up from my slumber with a loud scream. Sitting up on my sweat soaked bed, I asked my startled wife for a cup of cold water, as I tried to process all I had been privy to in my sleep. As I sat pondering on my bed, all the missing pieces gradually began to add up. The visions were revelations of probable scenarios of the likely outcome of the no-love-lost relationship between the ruling class and the largely exploited, impoverished and abused masses; a timely warning to the Shylock political merchants ruining Nigeria to look in the mirror and change their ways.

How come you are still living in dreamland thinking you can keep a free people perpetually manacled to your apron-strings against their will? You hide within the porous fortifications of your egg-like castles to fire salvos of cruelty at Nigerians. But know today that your cruelties cannot kill the Nigerian spirit. For those occupying privileged positions of authority, you and your families might live in luxury, drive the best cars, eat choice meals, drink choice wines, live in the best houses, wear the swankiest clothes, attend the best schools, jet around the world in private jets, cruise the oceans in your gigantic luxury yachts’, and enjoy all other stolen privileges; but if in your drunken state of assumed omnipotence you ignore the deprivations of your fellow countrymen, check yourselves, for tomorrow is very pregnant.

The forces massed against you are mighty, indeed. The ranks of your enemies are swelling by the day. You can’t stand against them all and hope to win. You are up against all the wretched, vengeful members of this polity; up against all who have felt the full force of your naughtiness; all who have been conquered, but not vanquished by your recklessness: the unemployed and under-employed workers, the hungry, the homeless, victims of violent crimes, the victims of police brutality, the uneducated, the disenfranchised – all downtrodden Nigerians; the largest, angriest army of freedom fighters in Africa. They are crying and calling for justice. Why have you refused to listen to wise counsel?

Of course, I would be the least surprised if you choose to ignore my admonitions. People like me are disdainful to you. You see us as spoilers of your jolly ride; as powerless, loquacious busy bodies jealous of your privileged statuses; as troubleshooters who should let sleeping dogs lie; as toothless Alsatians that bark but can’t bite; as noisy empty vessels without class; as frustrated, jobless rabble rousers without substance. But don’t worry, the future will tell who’s right between me and you.

For those unrepentant pessimists who have concluded that Nigeria will never transcend its current niggardly state because its people are supposedly afraid of confronting the system, you are in for the rudest shocks of your lives. You think Nigerians cannot replicate in Nigeria what has happened in other parts of the world where dictatorial regimes have been sent packing? You say Nigerians play it safe because they are afraid to die. Some of you have hastily conjectured that because of the supposed cultural, religious, economic, political and other divisive schisms in Nigeria, its oppressed people can never unite to fight for a common course; that the proletariat lack the required class consciousness or solidarity to challenge the status quo. But you underestimate the effectiveness of grinding poverty-induced-pain as a catalyst for change. Being poor students of history, you are obviously oblivious of the fact that all the revolutions that have occurred in recorded history were preceded by the same oppressive conditions Nigerians are currently subsisting in; conditions that activated the popular uprisings that culminated in the summary collapse of those dynastic establishments.

However, the foregoing vision can be prevented from manifesting. Change does not have to be violent, for violence does not benefit anybody in the long run. It tears relationships apart, destroys infrastructures, throws up refugee problems, leads to economic collapse, activates disease migration, traumatizes its victims, results in neglect and engenders a general state of anarchy and underdevelopment. The obvious lesson from contemporary warfare is that “the costliest peace is cheaper than the cheapest war”, borrowing the words of President Bill Clinton (1999).

This is a clarion call to those controlling the rudders of Nigeria’s ship of state to gear up for the gargantuan task of preventing the occurrence of a catalytic deluge, the like of which has never been witnessed anywhere in the world; a preventable disaster that might culminate in the implosion and possible extinction of this beautiful black pearl on the Niger, if care is not taken. For peace, tranquility and progress to become the new normal in these parts, the spoilers in our midst must pause in their bullish strides. They must endeavor to avoid the pinpricks that precede canon shots. There is still time to save Nigeria. A word is enough for the truly wise.

Jude Obuseh is a social commentator and public affairs analyst based in Benin City. syncado2006@gmail.com 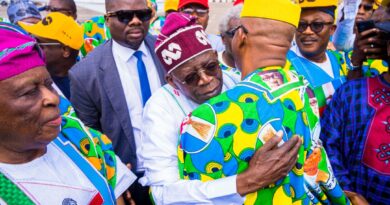 Senator Ibikunle Amosun Is At It Again,A Need For A Call To Order