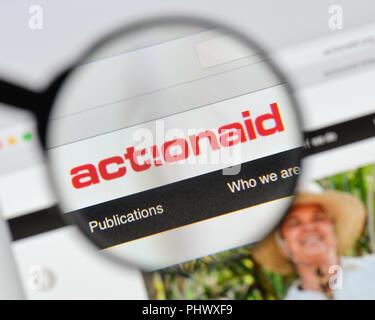 ActionAid Nigeria has accused the federal government of paying lip service to the fight against corruption and the ongoing strike by the Academic Staff Union of Universities (ASUU).

The organisation at a press briefing on Saturday, also slammed the government over what it called poor handling of the economy, excessive borrowing, hunger, swelling unemployment rate, endless killings and kidnapping in the country.

Speaking at the press conference in Abuja which was also used to award some retired board members of the organisation, the Convener of ActionAid Nigeria General Assembly, Hassana Yahaya-Bello, further lambasted the hike of cost of nomination and expression of interest forms during the last primaries by some political parties.

Yahaya-Bello, while flaying the outcome of primaries in which only one female emerged as a governorship candidate of the All Progressives Congress (APC) in Adamawa State, said: “Following the conduct of primary elections by political parties, we note with concern the unrestricted use of huge sums of money to influence delegates to win nominations for the 2023 General Elections.

“In some cases, unsuccessful aspirants are said to have asked for refunds. “This ugly development casts a shadow on Nigeria’s democracy. It means that the next administration is being built on a shaky foundation if nothing is done to change this narrative.”

She added that: “The outrageous cost of expression of interest and nomination forms by political parties for the primaries amid the debilitating poverty in the country is insensitive and condemnable.

“Moreso, women’s exclusion remains evident in Nigeria’s political landscape; only one female candidate emerged for the governorship position in the Northeast (Adamawa State) under the APC platform.

“No female candidate emerged for governorship position for the main opposition party, the People’s Democratic Party (PDP).”She lamented that: “The current ASUU strike might be the longest in history if urgent steps are not taken. From 1999 when Nigeria transitioned to democracy, to 2022, university teachers have gone on nationwide strikes 16 times, covering 51 months.

“This excludes strikes declared by local branches of ASUU over local disputes, some of them lasting several months. The impact of protracted strikes is not limited to the university system alone. It also affects the entire spectrum of society.

“The unabating insecurity in the country poses a drawback to the progress being made by Nigeria in attaining the Sustainable Development Goals.”

She, however, advised “the Independent National Electoral Commission INEC, to seize the current momentum by citizens to register to vote by extending the ongoing continuous voter Registration exercise by at least sixty days to give prospective voters the opportunity to exercise their franchise during the 2023 elections.

“The Federal Government (FG) should show genuine commitment to improving the quality of education in Nigeria by promptly implementing the 2020 FGN/ASUU Memorandum of Action (MoA).

“Furthermore, FG should declare a state of emergency on education to rebuild it and ensure that young Nigerians get quality education in public institutions, especially the children of the poor.

“This is part of government’s investment in human capital to develop the economy.”

She noted that: “It is important to restore the quality of the educational system that graduated most of the politicians and exceptional working-class citizens Nigeria boasts of today and attract students from different parts of the world.

“To end insecurity, the Nigerian government should decentralise the Police Force, encourage and invest in community policing, and leverage advanced ICT to combat crime and criminality. “To rebuild the peaceful dream country of our founding fathers, political elites, religious leaders, and traditional rulers must also prevail on violent groups in their domains to stop needless bloodshed and tension caused by dissidents.” 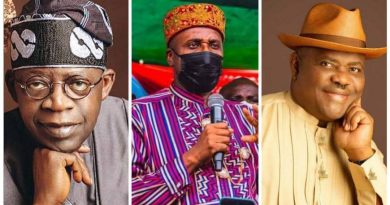