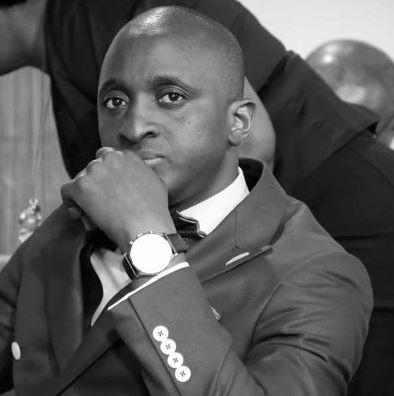 More troubles seem to be looming for Salvation Proclaimer Ministries Limited, more commonly known as SPAC Nation,  as it was wound up in the public interest in the High Court on 9 June 2022 before Judge Burton.

The Official Receiver has been appointed as liquidator of the company.

The court heard that SPAC Nation was incorporated in 2012, a charity set up to advance Christianity. Much of its charitable work was based in London, working particularly with vulnerable people, youth, and offenders.Initially, the church group received positive reviews and media attention. But by late 2019 SPAC Nation was subject to media scrutiny following allegations by former church members they had been financially exploited by senior church personnel.

The Insolvency Service received complaints about SPAC Nation before instigating its own confidential enquiries into the church group’s activities.Investigators interviewed one of the company’s directors, Adedapo Olugbenga Adegboyega.

According to Mrs Daniel in the petition stated that Adegboyega relocated to Nigeria after the fraudulent act.

“I am writing this letter to bring to your attention of how I was defrauded of £194 thousand pounds interests included, by Dapo Adegboyega of SPAC Nation in the UK. I would like your team to call for his arrest.

“The incident occurred in 2012, he Dapo Adegboyega requested that we assist him to take a loan for the purchase of a property for a church but he however, arranged a remortgage of my property and eventually parted away with the money without acquiring the property for the church.

“I am requesting that he be invited and take full responsibility for his actions. Enclosed are evidence, document and signed agreement by him.”tiltled how Adegboyega defrauded Mrs Daniel of £110,000 (N60,500,000, using N550 to £1).Bank documents showed that he took a loan of about £106,264 with interest amounting to £195,940.44 with Mrs Daniel’s name and refused to pay everything back 10 years after.

Speaking with Journalists, the victim said her traumatic ordeals in the hands of the pastor started after he approached her that he wanted to purchase a property for the church and that she should assist him with a loan.

“When he was my resident pastor at World Evangelism Bible Church (WEBIC), he asked us to assist him secure a loan, that he wanted to purchase a property for the church. This was in 2012; we had a board meeting where he said he needed our help. And I replied that I would approach my bank and get back to him.

“After that, he left the church with half of the members for his father’s church. Before leaving, he said my money would be paid back in full. He even made mention of paying £50,000 that day. Right there in the pulpit/altar.  When he finished talking, I approached him and he said I knew where the money went to so why was I troubling him. My brother, I thought it was a joke. When this loan was taken initially, there was no agreement or anything of such.

“I never knew he made a repayment agreement for 35 years while he told me that after they have purchased the property, it would be within a month. Since 2017, they have refused to pay, I’ve been chasing them all over the place. I took a lawyer that wrote them until he got tired and they refused to reply. They just received the letters and acted as if nothing happened. When I couldn’t pay the lawyer anymore, I rested. In 2017-18, I couldn’t cope with it, I tried contacting his younger brother, Tobi Adegboyega, who is the main pastor of their dad’s church here and he gave me money for two months £1,200 and promised to meet with the bank to clear the debt.”

Racheal said to her surprise, Tobi, like his elder brother, blocked her phone numbers after four months.

“Thereafter, he (Tobi) refused to pay and answer my calls; it was a struggle to get him to pay for the third month. By the fourth month, he literally blocked me completely, I couldn’t reach him. I went to the father who is aware of everything. The father’s name is Prophet Samson Adegboyega of SPAC Nation, Ibadan. He kept me posted like forever, he eventually asked me to write a soft appeal letter to Tobi Adegboyega so that he could see what he could use to assist me.

“I wrote as soft as I could and sent to the father to send to him. Whenever I call the father, it’s either he is sleeping or in a meeting for the past five years now. I’m just appealing to the general public to please ask Adedapo Adegboyega of SPAC Nation to pay back Halifax loan of £198,000 he fraudulently took with my name.”

Asked why she did not go to the police, she replied, “I actually went to the police over here in the UK but they told me a lawyer knows what to do. But I couldn’t afford to pay a lawyer anymore, so I rested.” 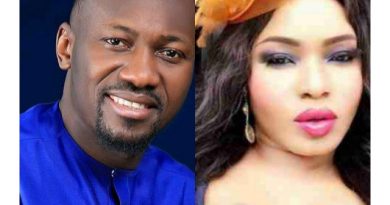 How Apostle Suleman Got Me Pregnant Thrice – Halima Abubakar 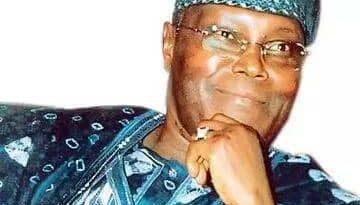