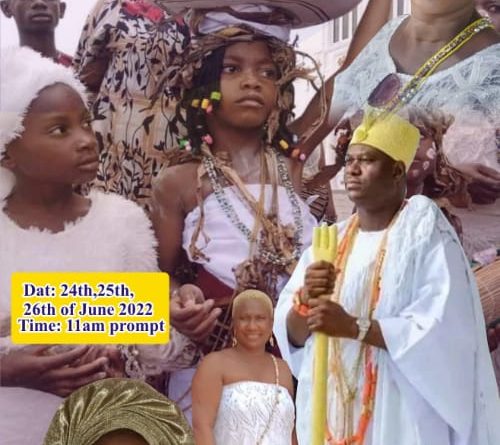 All roads lead to the cradle city of Ile-Ife as the African foremost monarch,Arole Oduduwa Olofin Adimula, Ooni Adeyeye Enitan Ogunwusi, Ojaja II, the Ooni of Ife will on Sunday 26 June, 2022 play host to African Traditional Religion faithfuls and guests expected from all over the world for the 2022 edition of the annual WORLD ALARAAGBO FESTIVAL

Moses Olafare, Director of Media and Public Affairs of Ooni’s Palace in a statement issued on Tuesday said the festival which is scheduled to hold on Sunday at the Ile Oodua Palace of the Ooni of Ife will also mark the official installation of Chief (Mrs) Abike Osunbunmi Ifasemilore, an Osogbo born Ibadan based Osun priestess who is the President of Omilere Alaragbo Global Foundation , and CEO of Gberanle Herbal Mixture and Adoleen Herbal Balm as Yeye Alaraagbo Oodua.

The annual festival had its maiden edition in Ile-Ife on 3rd of June last year celebrating Orisa Egbe known as Alaraagbo being a deity of covenant fulfillment and a lively spiritual entity that believes in people making good their promises made in heaven.

Like other deities; Olokun, Osun, Osara, Ogun, Oranfe, Orunmila, Obatala, Oduduwa, this Orisa Alaragbo was among the 401 super human beings seconded to the world to populate the first dynasty of mankind known as Ife Oodaye.

The 3 day festival from Friday 24th to Sunday 26th June 2022 is in fulfillment of the Ooni Ogunwusi’s vision and mission to showcase our traditional culture to the world with a view to advancing cultural tourism as veritable means for economic development. 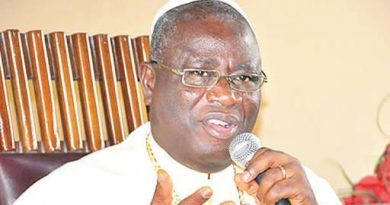 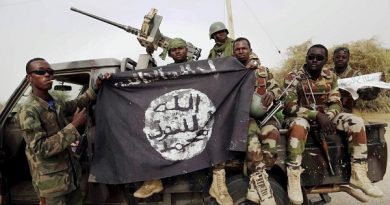