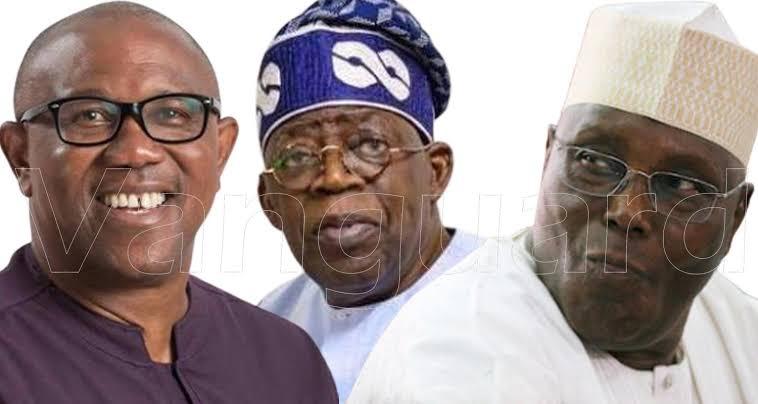 The much-anticipated realignment of political forces has begun in earnest.

That which was predicted would follow the outcome of the presidential primaries of the two leading political parties – the APC and PDP – is already upon us! We have seen a gale of defections and carpet-crossing from APC to PDP and vice-versa but it would seem the PDP has the upper hand at the moment in that more big wigs have moved in its direction than away from it.

So intense and alarming was the gale of defection from the ruling party that the president and leader of the APC, retired Major-General Muhammadu Buhari, reportedly had to summon a meeting to appeal to APC leaders to stop what was increasingly looking like a tsunami.

The defence offered by some APC leaders that the carpet-crossing was on both sides and that one cancelled out the other was sheer sophistry. Nevertheless, it is too early to say who will eventually reap more fruits from the carpet-crossing than the other. One big fish moving in one direction can cancel out a coterie of smaller fishes moving in the opposite direction.Two fringe parties – ex- Gov. Peter Obi’s adopted Labour Party and ex-Gov. Rabiu Kwankwaso’s New Nigerian People’s Party – are making limited waves. Obi, who dumped the PDP when it became clear he stood no chance of clinching the party’s flag, is making waves among a section of the youths and especially so in his native Igboland.

It remains to be seen how national he can make his appeal within such a short time, especially with his perceived Igbo-centrism and a past that is anything but salutary. When the permutation was that Kwankwaso could be Obi’s running mate, the profile of the ex-Anambra governor rose sharply and many started to give that combination an outside opportunity to give the traditional parties of APC and PDP a run for their money in a three-horse race.

Kwankwaso, on his own, is part and parcel of the traditional, even conservative, Northern aristocratic oligarchy. Bereft of ideology and decrepit in sound theoretical understanding of the country and its problems, Kwankwaso’s Kwankwasiyya political ideology is bourgeois politics, at best, and intra-class squabbles struggling for elevation to the national level at its basest. Of all four front-running presidential hopefuls at the moment, Kwankwaso is the closest to the incumbent Muhammadu Buhari in feudalistic conservatism and rabid political Islam with its destructive fundamentalist ideology.

A Kwankwaso presidency is, ipso facto, a Buhari third term in office! How far Obi and Kwankwaso can travel in their chosen course – and cause – remains to be seen! Without firm structures all over the country, their feet dangle in the air! If they stay the course, they may be political parties for the future.But watch out for the negatives that both portend! Dan Seals crooned that everything that glitters is not gold! Sound bites are not necessarily affirmation of positive action. Some of the best orators are dictators in the making.

Is Peter Obi a member of the Jesuit Order of the Catholic Church? Read Francois-Edmond Paris’s “The Secret History of the Jesuits” and tremble! You may never want any of them to come near your country’s governance with your eyes wide open. And the evidence is already showing: Obi’s supporters are already sounding like devotees; they are already building the aura of cult-hero around The Leader (The Fuhrer, as Adolf Hitler was known and called!). They are called the ObiDIENTS! Like the Illuminati! Please refresh your memory with “Guyana Tragedy: The Story of Jim Jones”. Also called “The Mad Messiah”, Jim Jones and his The Peoples Temple led their members in the 1978 mass suicide that shook the world to its very foundations. Jim Jones ordered the mass murder of over 900 members of his devotees.

Beware of demagogues! Demagoguery is worse than the worst form of conservatism.But they hardly stay the course here! I have lost count of how many times a Third Force political movement raises hope, only to fizzle out as fast as they had come. Inability to agree between Obi and Kwankwaso, which is the hallmark of Nigeria’s prebendal politics of greed, selfishness, and power-mongering, points in the direction of another Paradise Lost and Hope Deferred – if not betrayed – for the ObiDIENTS!

Realistically, therefore, APC and PDP still remain the parties to beat. While the APC elected Asiwaju Bola Ahmed Tinubu, a Southern (Yoruba/South-west) Muslim as its flag bearer, the PDP, desperate to return to power, jettisoned its own constitutional guarantees of power rotation to allow Atiku Abubakar (Fulani, Northern Muslim) to attempt to succeed another of his ilk. For many, especially in the South and Middle Belt, Atiku is a hard sell but for his own Fulani people and their supporters and or surrogates in the North and elsewhere, he is their best chance of clinging to power after eight ruinous years of another of their own, Muhammadu Buhari. Morality is not the name of the game. Political theorists have contended from time immemorial about the place or desirability of morality and ethics in politics.Those defecting from the APC to PDP are doing so basically for religious and ethnic considerations: They want a continuation of Fulani/Northern/fundamentalist Islamic hegemony. Their consideration is not good governance or the desideratum of national unity, peace, justice and cohesion. Selfish interest propels their action. On the other side are the politicians of the South who are also reviewing their political stand basically on the basis of region – but not necessarily religion. There is, however, a critical mass in the South that would, if achievable, want a combination of a Southern and Christian presidency come 2023. In the absence of both, they will have to weigh their options and set their priorities right or stand the risk of losing both.

One of the most vociferous of those insisting that the presidency must return to the South in 2023 is the erstwhile governor of Ekiti State, the enfant terrible Ayodele Fayose.

Fayose is fighting two battles at one and the same time and aiming to kill two birds with one stone. He is protesting the perceived injustice meted out to his friend and brother-governor, Nyesom Wike of Rivers state. He is also fighting for the presidency to come to the South. PDP was wrong to have thrown its presidential contest open in flagrant violation of its own constitutional provisions on zoning. Gov. Aminu Tambuwal was wrong to have pitched his tent with Atiku, thereby letting the Turakin Adamawa snatch victory from Wike who, four years ago, had backed the same Tambuwal all the way. Atiku was wrong to have offered Wike the running mate slot only to renege afterwards and give the slot to Gov. Ifeanyi Okowa of Delta state. Again, the PDP leadership and Atiku erred when they set up a committee to pick a running mate, the committee voted overwhelmingly in favour of Wike but they then went rogue and ditched the committee. Wheelers and dealers must know they have a price to pay! Desperadoes often box themselves into a corner!Now, Fayose and some other PDP leaders in the South and Middle Belt are saying they will have none of that. For Fayose, who hardly minces words once his mind is made up on an issue, it is the turn of the South to occupy Nigeria’s presidency come 2023. Parroting Tinubu’s “Emi l’okan”, Fayose insists that “Awa South l’o kan”; meaning, it is the South’s turn to shine! It could not have been better said but with Wike now singing a new tune, will Fayose not be seen as crying more than the bereaved? It is said you cannot – or should not – be more Catholic than the Pope. Or else, you stand the risk of being labelled a busybody and meddlesome interloper!

Wike recently was quoted as saying he would honour his pledge to support whoever emerges the PDP flag bearer. That statement came immediately after a rumoured meeting between the same Wike and Tinubu in far-away France was denied. Now, we all know there is no smoke without fire. Horse-trading and hire-wired politicking must be going on underneath. This is the time when politicians speak from both sides of the mouth. This is the season they run with the hare and hunt with the hound. This is the occasion we must take whatsoever we hear from politicians with a pinch of salt.

The permutations are bound to keep changing all the way to Golgotha – sorry, 2023!

In all of these, there are still those who doubt there will be an election in 2023! But if there will be no election, what is there going to be? 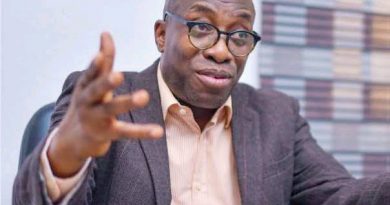 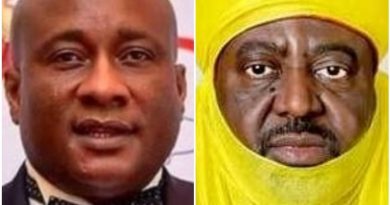