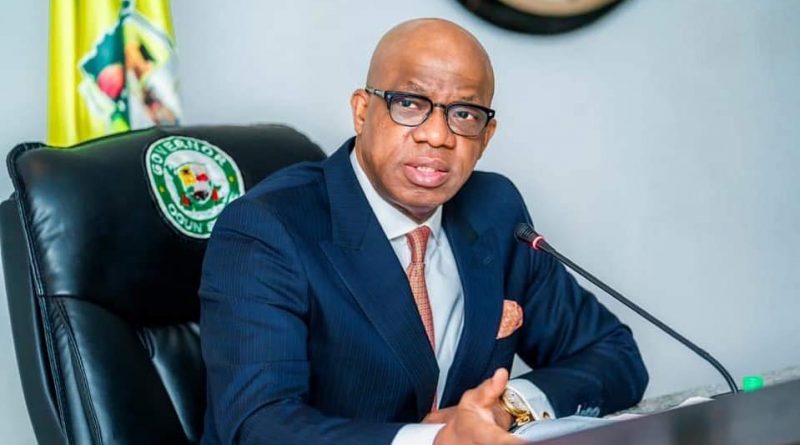 Since the return to democratic rule in 1999, the Ogun State governor, Prince Dapo Abiodun, has been arguably the most outstanding governor in terms of managing the political tendencies within the state.

Prior to his coming as the fifth democratically elected governor of the Gateway State, the state was notorious for political violence, wrongly attributed to the people’s political, social and educational sophistication.

For instance, between 2003 and 2011 when ex-Governor Gbenga Daniel held the reins at Oke Mosan, Abeokuta, the state witnessed a lot of crisis as the governor sought to keep the opposition at bay.

Crisis, whether between the ruling Peoples Democratic Party (PDP), the government and the opposition parties or within the ruling party itself, was commonplace. That was the era when politics led to the publishing of obscene pictures, the era when crisis between government functionaries and the leadership of their party created unrest. Indeed, a former governor’s spokesman alleged that his life was in the danger; that some people were after him. Significantly, the inauguration of the Ibikunle Amosun government did not alter the sad scheme of things. The government adopted strong-arm tactics to, as it were, pay the Daniel administration back in its own coin. Not only did the Amosun government file charges against Chief Daniel and got him (Daniel) busy with graft cases; it in fact sought to rubbish his reputation completely.

Throughout his eight years in power, Amosun ensured that all his predecessors and perceived political adversaries were shut out of the state. Chief Segun Osoba, Daniel’s predecessor and Daniel himself could hardly visit the state. They were not afforded any recognition as former governors, and so could not expect even the most basic of courtesies. They were treated as pariahs; it was fire ad infinitum as the current Ogun Central senator ruled.

This fact was lucidly articulated in June last year when Osoba, a celebrated journalist, returned to the grounds of the Government Secretariat, Abeokuta. And he wasn’t just getting a chance to visit the grounds on which he had held court seventeen years earlier; he was to commission the newly-minted Olusegun Osoba Press Centre at Oke Mosan, a majestic edifice built by Governor Abiodun. Said the then 82-year-old: “To imagine that in my life, my return to these premises will be this glorious is something of emotion. I couldn’t come to Abeokuta, not to talk of visiting the office of the Governor. Mr. Governor, you will not know how many hours you have added to my life with this action today. It may be hours, weeks, days, or years, but you have added something very great to my life today.”

Evidently, Governor Abiodun came into office with a different approach, intent on managing all tendencies, for peace and tranquility to reign. Ogun is notoriously difficult to manage given its vast network of influence—most of the people calling the shots in Lagos, Nigeria’s commercial capital, are of Ogun descent— but Governor Abiodun has brought a lot of calm and decorum into the Ogun body politic. He has doused festering tensions.

He has managed the opposition effectively well and in line with the dictates of his Omoluabi persona. There are no government-recruited thugs moving around in vehicles without number plates, intimidating and harassing the opposition, and destroying bill boards. Governor Abiodun has reversed the old order. He is modest, focused and opposed to do-or-die politicking.

His interest lies in dialogue and negotiation, not arm-twisting tactics, and certainly not violence of any kind. He prefers conflict resolution. He does not believe in the winner-takes-all mantra; there has to be a way to accommodate people. Dissenting voices are never shut and naysayers are not muscled into silence.

As a result of his attitude, Governor Abiodun has been able to win a lot of people from the other side of the political divide to his side. And, what is more, these stakeholders have not been welcomed into the ruling All Progressives Congress (APC), then shut out of the scheme of things, as it happens in some states. They have been welcomed with open arms and given a strong voice, being inferior to no one in the big Ogun APC family. They have settled in nicely and pursued their legitimate, democratic goals without let or hindrance. Governor Abiodun typically does not believe that political bigwigs joining the APC will negatively affect any ambition he may have after his present assignment: he is focused squarely on the progress of the party. His overall goal is to change the narrative in Ogun State.Nigerians would remember that during the military era, some people who had become sick and tired of the tempestuous nature of things in Ogun State suggested that this might be due to the name of the state itself.

As a matter of fact, a military administrator even misinterpreted the name: he thought it referred to the Yoruba word oogun (metaphysical powers, loosely translated as charms), in which case the goings-on in the state would then naturally be understood as offshoots of the people’s supposed preoccupation with Black magic.

What Prince Abiodun has sought to demonstrate, therefore, is the fact that with good leadership in place, the face of things can be expected to change for the good of all. He has shown that politics need not be unduly acerbic, contentious, antagonistic, violent and repulsive. It is not that those habitually given to negative emotions have exited the state. No. But the governor has made it clear that his administration is about changing the development narrative, not about crass politicking and intolerance. Indeed, so resolutely does the Iperu-born prince abhor violence that he has been accused by some opposition elements of being too gentle for their liking. But it is the Omoluabi factor that is at play. For instance, the governor, following pleas by community leaders, readily forgave a lady who in the thick of the Covid-19 crisis made a video inciting the people against the government by alleging that they were being given contaminated food to eat. He absorbed workers recruited through the back door in the twilight of his predecessor’s stay in office. Yet Governor Abiodun has never been accused of being infirm in the resolve to transform the Gateway State.

Since Governor Abiodun came into government, there has been no assassination attempt on anybody, and no free-for-all between his supporters and opposition members; the last one that occurred was between loyalists of former Governor Amosun who organized primaries that were not recognised by INEC. You can say that Governor Abiodun is providing the kind of leadership that Ogun State needs. That is why insecurity is relatively minimal in the state, with the governor partnering with security agencies to address concerns as they arise. His belief is that only a peaceful environment guarantees development.

His core objective is how to bring positive development to the state, how to attract investors, build infrastructure, create jobs, and leverage the proximity of Ogun to Lagos for maximal benefit. That’s pretty much how it ought to be.

Joseph is of Department of History and International Relations , Olabisi Onabanjo University, Ago-Iwoye. 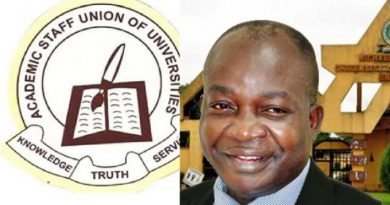 Otunba Gbenga Daniel, The Lions And The Den