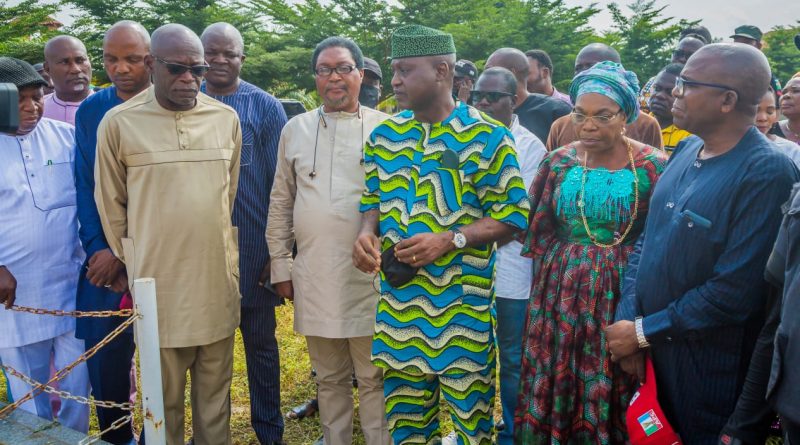 In a joyous mood, the people of Ekiti East and Gbonyin-Ayekire Local Government Areas, on Wednesday, received Ekiti State Governor-Elect, Biodun Abayomi Oyebanji (BAO) and other leaders of All Progressives Congress ( APC) assuring them of their unwavering support for the incoming administration.

The Governor-elect who visited the two local governments in company of his deputy, Chie ( Mrs) Monisafe Afuye, said he embarked on the tour to show appreciation for the support given to him and his party before and during the June 18 guber election and to reaffirm some of his campaign promises.

“I am highly impressed with the way and manner you have received us which showed the level of love you have for me and our party. I am here with the leadership of our party to show gratitude for the support you gave us during my electioneering campaign. I want to assure you that we would do everything humanly possible to make sure you don’t regret the trust you reposed in me and my deputy” Oyebanji restated his commitment to fully implement his six-point agenda as promised during his electioneering campaign.

He charged APC party leaders and members to do away with any act that is capable of polarising the party and be fair in the recommendation of those that would represent them in his administration.

At the Olomuo of Omuo-Ekiti palace, where Oba(Dr) Noah Adejuwon Omonigbehin, received him alongside other traditional rulers in Ekiti East local government, the Governor-elect eulogised Ekiti Obas for their selfless sacrifice during the struggle for the creation of Ekiti State East and for the support given to him during the election.

“My appreciation to our royal fathers is endless. We thank you for your tenacity which yielded into the creation of Ekiti State. I will continue to be grateful to this respected institution for the independence you brought to us. We are beneficiaries of your benevolence and sacrifice. Our second appreciation is your laudable role to ensure that the just concluded election ended peacefully.

Oyebanji assured the royal fathers that his administration would accord them the due respect and prioritize their welfare.

“I made a commitment before the election that as your governor, I would reference you, respect you and take your welfare as top priority. I am here today to reaffirm that commitment. We will reference you as a custodian of our culture and heritage.

Besides, we must ensure that the state you fought for becomes the best it can be in your life time”.

He urged the royal fathers to see him as their son and never hesitate to call his attention to any lapses in his administration.

Speaking on behalf of the traditional rulers, the Olomuo, Oba Noah Omonigbehin appreciated the Governor-elect for deeming it fit to show gratitude to them after his electoral victory, pointing out that his victory at the polls was a reward for his service for the state too, especially during the struggle for the creation of Ekiti state.

“Whether we like it or not, God rewarded Oyebanji for his service and efforts before and after Ekiti State creation. I believe that God that gives you this opportunity will guide you through”.

Also at Ode, the Olode of Ode-Ekiti, Oba Samuel Aderiye, Chairman Ayekire, Gbonyin Traditional Council, echoed a similar tribute in honour of Oyebanji and declared support for his administration.

While congratulating the Governor-elect on his electoral victory, he urged him to always seek God’s wisdom in the running of affairs of the state.

Meanwhile, Oyebanji used the opportunity to, again, commiserate with the people of Ode-Ekiti over the loss of their illustrious son, Senator Gbenga Aluko.The Governor-elect attributed the party’s passive campaign in Ode during the build up to the election to the respect APC had for the late politician, who was a governorship aspirant on the platform of the party in 2018.

He described Senator Aluko as a man of integrity who had selflessly served the party and Ekiti state.

As a mark of honour, Oyebanji visited the grave of the late Senator and paid flowing tribute.

One of the brothers of the deceased, Mr Olu Aluko on behalf of the family expressed appreciation for the honour done the late politician and the entire family. He prayed for the success of Oyebanji’s administration. 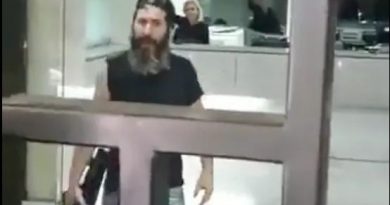 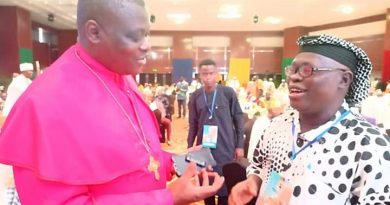 CAN Attends Muslims’ Prayer For Nigeria, Calls For Peaceful Coexistence 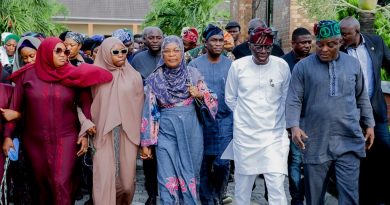