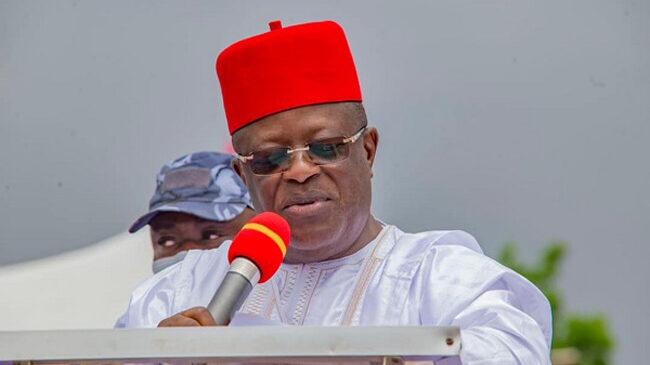 It is not likely that Engr. Dave Umahi, the Governor of Ebonyi State would admit it, but he must be full of regrets now.

His sojourn to the All Progressives Congress, APC, has not paid off.

Instead, it has brought him anxiety. And disappointments. And finally left him empty-handed.

Trouble began for the Governor who claimed he became a billionaire at age 25, when he,  inexplicably, dumped the PDP under which he was elected a two- time Governor of Ebonyi State for the APC.

He did so mid-way into his second term as a Governor.Umahi, even when he was in PDP, had one leg in the APC.

His attraction: He wanted to become the President of Nigeria.

He said the PDP was not likely to zone its Presidential ticket to the South-east. So, he went to the APC. Perhaps, some political jobbers had sold the idea to him. And made him promises. But the promises were empty.

On of President Muhammadu Buhari’s visits to Ebonyi State, Chief Arthur Eze had recommended Umahi to Buhari as Buhari’s successor in office.More than that, Umahi is a Presidential friend. He adores, he proclaims, President Buhari. Once, while a PDP Governor, he had threatened to fire any of his aides who as much as said one negative word against the President.

According to the main Presidential Spokesman, Femi Adesina, in a column where he heaped  praises on Umahi, the feeling is reciprocal.

The President loves Umahi too, Adesina wrote in the write-up which was celebrated no end in Abakaliki.True to his desires, he was one of the  aspirants who purchased the APC Presidential Expression of Interest form and the Nomination form for a whopping N100m. It didn’t bother him that he had no support from the stakeholders in the South-east, outside Ebonyi State – not even from Majority Chief Whip of the Senate, Orji Uzor Kalu, or the only other APC Governor in the South-East, Senator Hope Uzodinma. Umahi had hope.There is no price for guessing that his N100m went down the drain. At the Presidential Primary, he performed woefully. Just before the Primary, he saw the handwriting, boldly, on the wall.So, he and another aspirant, Senate President, Dr Ahmad Lawan had a pact. A day to the event, Lawan paid him a visit at his Abuja lodge, and both men agreed to partner with each other, whoever won.

In 2019 when Peter Obi, now the Presidential candidate of the Labour Party, LP, emerged then Presidential candidate Atiku Abubakar’s running mate, Umahi hit the roof. He threw tantrums. He said he was not consulted. But everybody knew the bottomline was that he wanted to be in Obi’s shoes. And, he did not do much to support that ticket.On the day of the APC Presidential Primary, the rug was pulled from under the feet of both Umahi and Lawan.

Asiwaju Bola Tinubu, the old war horse, picked the ticket in a landslide. Being from the South-west, Umahi was shut out of  his Vice Presidential ambition.When he recovered from the shock, he resorted to what only Nigerian politicians do. He had woven the basket before his Presidential and Vice Presidential losses.He planted his younger brother, Austin Umahi,  to run for the Senatorial seat of his Ebonyi South Senatorial zone.

The brother was a stand-in. Expectedly, his brother won. But the plan was for the brother to withdraw from the race for Governor Umahi.He did.And in a Senatorial Primary declared illegal by the Independent National Electoral Commission, INEC, after the first one which his brother won, Governor Umahi easily picked the ticket. He was happy. Afterall, half bread is better than none. Becoming a Senator is a big deal.. But not so fast.On Friday, Umahi’s joy was cut short. The half bread was taken away from him.Based on the new Electoral Act, INEC, had refused to publish Umahi’s name. INEC said the Senatorial ticket he is flaunting is fake. That he is an illegal candidate.Angry, Umahi took his case to the Federal High Court, Abakaliki. His desire: to compel INEC to publish his name as a candidate.But enters Mrs Ann Agom-Eze, the Lady who came second during the first Primary. She applied to be joined in the suit. The argument: since Umahi’s younger brother has withdrawn from the race, the ticket should be hers because the second Primary is illegal.

The Honourable Judge cited section 115 of the Electoral Act. This Act forbids one from participating in two different Primaries same year. He said anybody who does that risks a two- year jail term.

Liman then went ahead to declare Mrs Agom-Eze  the duly nominated APC Senatorial candidate for  Ebonyi South.For Umahi, it is an empty basket from the APC market. Just for the records, he, almost, lost his Governorship seat when a Federal High Court sacked him a few months ago for defecting from the PDP to the APC. He was saved by the Court of Appeal.

When he lost his Presidential bid at the Primary, an angry and foul-mouthed Umahi descended on the Ohanaeze Ndigbo and its President, Professor George Obiozor, for not giving him support.

He said he had stopped recognizing Obiozor as the Ohanaeze Ndigbo Worldwide President. Not a few people wondered about the misplaced anger. What business had Ohanaeze in the APC Presidential Primary and Umahi’s failure.

It is difficult to know who he would descend on now.For now, only two things can still keep Umahi politically relevant: If a higher Court over-rules the Federal High Court or, if the APC wins the Presidential election in 2023. Perhaps, he could be considered for a Ministerial appointment. An absolute bad market. 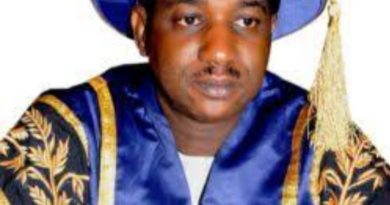 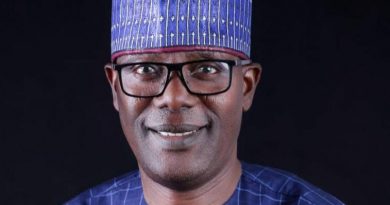 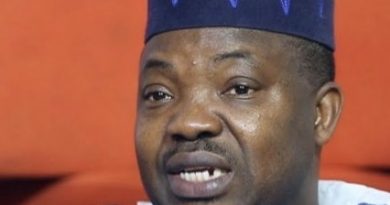