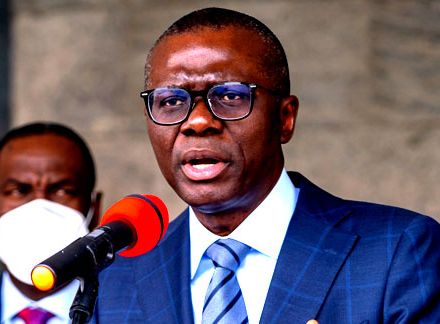 There is a palpable tension in the Alimoso Federal Constituency chapter of the All Progressives Congress (APC) as supporters of House of Representatives aspirant, Prince Idris Balogun, have threatened to defect to another party over the seeming injustice done to the aspirant during the party primaries.

Speaking to journalists over the weekend, the supporters led by their spokesman, Olalere Oyetola lamented that despite that their candidate, Prince Balogun, popularly called Oluomo Kafata, being the most popular and widely accepted aspirant, the leadership of the party gave its Rep ticket to another aspirant.

“We’re supporters of Oluomo Kafata and we are registering our grievances and displeasure at the injustice done to him during the last primaries of the party,” Oyetola said.

According to him, Balogun has been the man who has been driving the party forward in Alimoso Federal Constituency.

“He has been empowering people of all cadres: students, women, widows and party members. Over 5,000 people have benefitted and more are still benefitting from his empowering programmes,” he said.

Oyetola stated further that Balogun has been doing everything in the name of the party and he has been able to put the party in the consciousness of the people.

He stated further that Balogun was the consensus candidate of the party.

“The primary for Rep could not take place in Alimoso due to violence. Two people were killed on that day. After due consideration, it was decided that Oluomo should be the consensus candidate.

“We were surprised that a kangaroo primary was organised at the party secretariat and schemed him out,” he explained.

According to him, they have to let the whole world know what is happening in Alimoso because supporters of Oluomo are not happy.

“He (Oluomo) has been the one telling us to calm down that the leadership of the party is looking into the problem.

“However, not even him can keep us calm for long. We’re not happy and we may leave the party if urgent steps are not taken to redress the situation,” he said.

Others who spoke with the media at the occasion, confirmed that they have made up their mind to leave the party if the injustice done to their man is not redressed.

“The leadership of the party should know that if Balogun is allowed to leave the party, APC will lose in Alimoso Federal Constituency. He is the most popular candidate, a grassroots mobilizer and the choice of the people. He will win the election on any party’s platform,” he said. 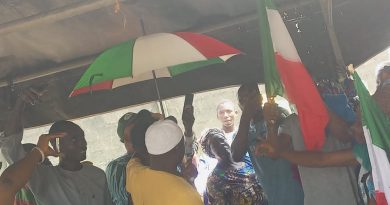 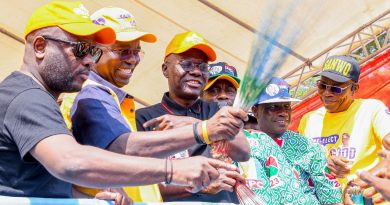