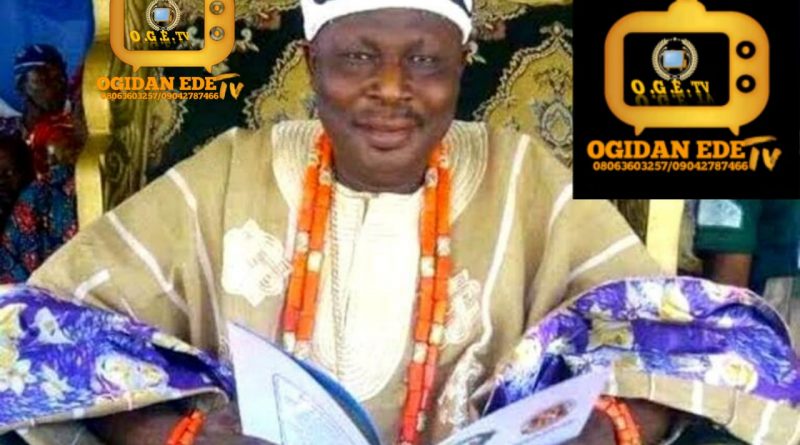 The Arole Oodua and Ooni of Ife Ooni Adeyeye Enitan Ogunwusi Ojaja II has sent a message of commiserations to the government and good people of Oyo State, indigenes of Iseyin town and Oke-Ogun in particular over the death of the Aseyin of Iseyin, Oba AbdulGaniy Adekunle Salawudeen, has joined his ancestors.

Speaking through his Director of Media & Public Affairs, Otunba Moses Olafare in a statement on Monday, Ooni Ogunwusi who doubles Co-chairman, National Council of Traditional Rulers of Nigeria(NCTRN) described the Oyo State frontline monarch as unimaginable surprise and colossal loss to the Oduduwa race.

“Arole Oduduwa Olofin Adimula,Ooni Adeyeye Enitan Ogunwusi, Ojaja II, the Ooni of Ife has received the news announcing the demise of late Aseyin of Iseyin Kingdom in Oyo state Oba AbdulGaniy Adekunle Salawudeen who he is reported to have joined his ancestors yesterday Sunday 24th July 2022 with an unimaginable rude shock” Olafare said.

Describing the late Iseyin’s traditional ruler as an unforgettable close ally who was strongly convinced about the unity of the Oodua people and who selflessly joined in his peace and unification agenda, Ooni Ogunwusi recalled how the Aseyin made his entourage to several local and international peace and unity trips”Kabiyesi Aseyin will be greatly missed as a close ally of the Ooni with whom he traveled many times alongside other Yoruba kings to meet their teaming subjects in countries like UK, Ghana, USA & Brazil. The late Aseyin was indeed a peace loving and easy going Yoruba frontline progressive monarch who devoted his reign for the progress of Iseyin Kingdom, Oke-Ogun and Oyo State at large. He was a patriotic descendant of Oduduwa and very dependable ally who worked closely and with strong commitment with the Ooni and other dedicated Oodua monarchs for peace and tranquility of the entire Oduduwa race.” Olafare said.

While praying for the departed king and his family, Ooni Ogunwusi, the Natural Head of the Oduduwa race worldwide enjoined people and the kingmakers of the ancient town of Iseyin not to leave any stone unturned to give the late great king a befitting burial rites in total compliance with the customs and traditions inherited from their ancestors. 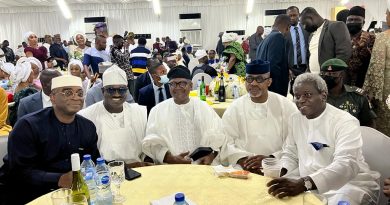 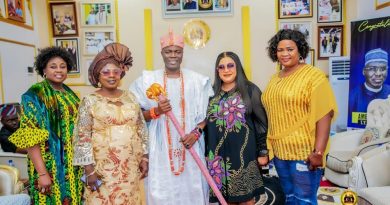 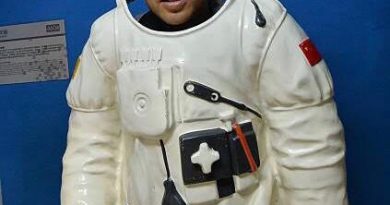