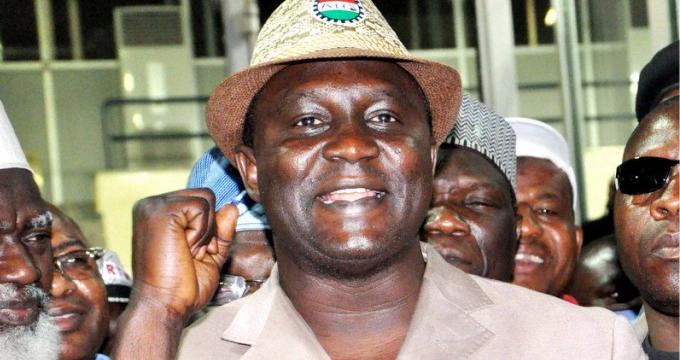 The police and the Nigeria Security and Civil Defence Corps will deploy personnel in critical infrastructure and facilities in response to the nationwide protest organised by the Nigeria Labour Congress in solidarity with the striking Academic Staff Union of Universities taking place on Tuesday (today).

As security agencies moved to deploy their men and officers, the Nigeria Labour Congress on Monday directed workers in state capitals and Abuja to join the protest, reports The PUNCH.

A top source at the Force Headquarters, Abuja, confirmed on Monday that police operatives would be deployed in all protest venues nationwide to prevent a security breach or attack on the participants by thugs.

The police source said, “Of course, we will deploy our men; that is standard procedure. Our duty is to ensure the safety of lives and property during any public protest or rally. We can’t stop the unions or other Nigerians from holding rallies or peaceful protests.’’

The Force Public Relations Officer, Muyiwa Adejobi, declined comment on the deployment but the Commissioners of Police in Ebonyi and Gombe and the police spokespersons in the Federal Capital Territory, Abuja, Plateau, Ogun, Osun and Gombe confirmed to our correspondents that their men would be at the rally grounds.

Also, the Nigeria Security and Civil Defence spokesperson, Shola Odumosu, said armed and unarmed personnel would be on the ground to protect the protesters and Nigerians.

He said, “We understand that at times like this, thugs would want to take advantage and launch their attacks. Among those we will be deploying apart from the armed and unarmed personnel are men from our intelligence department.”

The NLC had said the protest would hold at all the state capitals today while the mega rally would take place in Abuja on Wednesday to pressure the Federal Government to meet ASUU’s demands.

About 40 NLC affiliates, including aviation, bank, oil and gas, electricity and construction workers are expected to participate in the protest.

ASUU had shut all public universities and commenced its ongoing strike on February 14, 2022, after the FG failed to meet some of its demands including the release of revitalisation funds for universities, renegotiation of the 2009 FGN/ASUU agreement, release of earned allowances for university lecturers, and deployment of the University Transparency and Accountability Solution platform for the payment of salaries and allowances of university lecturers.

The Minister of Information, Lai Mohammed, had last Wednesday declared the protest illegal, saying the NLC had no dispute with the government.

The next day, the Minister of Labour and Employment, Chris Ngige, also cautioned against the demonstration, saying he received a security report from the Department of State Services that the rally might be hijacked by hoodlums.

Speaking in an interview on Monday, the Head, Information and Public Affairs of the NLC, Mr Benson Upah, reiterated that the rally would hold as planned.

The Federal Capital Territory police command spokesperson, Josephine, Adeh, gave the assurance that the command would deploy men to ensure there was no breakdown of law and order.She said, “For every protest, we always deploy (personnel), so our normal deployment would be on. We would be there to ensure there is no breakdown of law and order. We would be there to apprehend anyone who goes against the law. They (NLC) have informed us they will be coming out.”

The Commissioner of Police in Ebonyi State, Garba Aliyu, said his men would deal decisively with “perpetrators of actions not in conformity with the law’’ during the rally.

Speaking in a telephone interview on Monday, the police boss said, “We are always there to protect lives and property and we will not allow anybody to do anything that will infringe on other people’s rights. So, whatever they are going to do, must be done within the confines of the law.

“Security is well in place and from what we are seeing or envisaging, there’s nothing that will cause a breach of peace. If they plan to hold rallies, let it be done within the ambit of the law; but if on the contrary, our men will deal with them decisively.’’

Speaking on the security arrangement for the protest, the Gombe State Commissioner of Police, Ishola Babaita, pledged to provide protection for union leaders and other participants during the rally.

Speaking on Monday, in an interview with journalists, Babaita urged the unions to organise themselves in a lawful manner.

He said, “We will give them the necessary security covering but they should not allow hoodlums to hijack the protest. We can’t stop them but we will make sure they are guided.”

The Spokesman for the state Police Command, Alabo Alfred, said that officers and men of the command had been deployed in the strategic locations, including the protest venue to prevent a breakdown of law and order during the protest.

A spokesperson for the Osun Police Command, Yemisi Opalola, said a meeting was held with the labour leaders in the state to ensure that the protest was peaceful.

According to her, police operatives have been assigned to monitor the protesters and follow them through the routes that have been already indicated, adding that other security measures have also been put in place to protect public infrastructure during the protest.

The Ogun State Police Command assured residents of the state of their safety during and after the protest.The state Police Public Relations Officer, Abimbola Oyeyemi, disclosed this in a statement on Monday.

Oyeyemi said, ‘“The command hereby appeals to the general public to go about their lawful business without fear of intimidation or harassment, as the police and other security agencies will be fully on the ground to monitor the situation so as to prevent hoodlums from hijacking the process.’’

On its part, the Kwara State Police Command said its men were prepared to protect the workers who would participate in the rally.

The Command’s spokesperson, SP Ajayi Okasanmi, said, “We have prepared our men to guard them (protesters) so that they would be protected and that nobody will be molested by the hoodlums in case they attempt to hijack the protest.’’

The Oyo State Police Command has also deployed its men to begin to patrol and man public infrastructure in Ibadan and other parts of the state as labour unions stage a protest to force the Federal Government to accede to the demands of the Academic Staff Union of Universities.

The Police Public Relations Officer for Oyo State, Adewale Osifeso, told one of our correspondents that the Commissioner of Police in the state, Williams Adebowale, had directed all area commanders, and divisional police officers to lead patrols throughout the state during the protest.

Giving an update on the mode of the protest, the Head of Information and Public Affairs, NLC, Upah, said the rally would be held at all the state capitals across the federation.

Asked if all workers were expected to take part in the street protest, he said, ‘’Oh sure. Why not? You know there’s a difference between a rally and a strike. What we are doing is a rally. It’s different from a strike.

“A rally does not necessarily mean that they have to shut down places. So a rally is different from a strike. All I know is that it is a rally, not strike action.

‘’I cannot comment on how they intend to execute the rally. All I know is that tomorrow’s rally will take place at every state headquarters. The 36 states of the Federation will rally tomorrow (today.) Wednesday, we will do the mega rally here in Abuja,’’ he pointed out.

The General Secretary, National Union of Petroleum and Natural Gas workers, Afolabi Olawale, said members of the union were set for the exercise.

Afolabi, however, explained that the workers would not withdraw their services.Also, the Deputy Secretary General of the Maritime Workers Union of Nigeria, Oniha Erazua, disclosed that his union would join the rally.

He said, “We are joining the protest tomorrow (today). We are not going to withdraw dockworkers from the ports tomorrow because it has nothing to do with the ports, it is in solidarity with ASUU.’’

However, the President of the Nigerian Air Traffic Controllers Association, Abayomi Agoro, said the body was awaiting directives to join the protest.

Agoro, in a telephone chat, said, “Well, my union has not called on us for any strike or protest. ATSSAN has not directed us on any strike, we are a part of TUC which is ATSSAN.

Also, the President, Air Transport Services Senior Staff Association of Nigeria, Ilitrus Ahmad, when contacted, said, “We are not joining the NLC’s protest. We are not part of them, we don’t have any directive to join the strike. We belong to the TUC.”

Lagos State ASUU and SSANU chairmen, Dr Dele Ashiru and Mr Olushola Showunmi, respectively, told our correspondent that the take-off point was at Ikeja by 7.30 am, adding that they would march peacefully to the Lagos State Governor’s office at Alausa.

The Lagos State Chairman of the NLC, Mrs Funmi Sessi, urged Lagosians to take part in the protest.Sessi, in an interview, directed all sectors including health, electricity and aviation to shut down operations and join the solidarity protest in support of the striking workers.

Sessi directed all sectors including the health, electricity and aviation to shut down operations and join the solidarity protest in support of the striking workers.

“We will be converging as early as 6:30 a.m. at Ikeja and take off by 7.00 a.m. to deliver a letter to Governor Babajide Sanwo-Olu in Alausa. The protest is to support ASUU in the ongoing strike. So, we call on all affiliate members to come out en masse,’’ she added.

ASUU Zonal Coordinator, Lagos State, Dr Adelaja Odukoya, said the protest was for liberation of the nation’s tertiary education, noting that lecturers were being paid slave salaries.A group, Reform Education Nigeria, similarly announced its support for the proposed solidarity protest by the NLC.

Eighty pupils of Sunshine Nursery and Primary School, Ile-Ife, Osun State on Monday staged a peaceful protest at the main entrance to the Obafemi Awolowo University to demand an end to the ASUU strike.

The pupils who were led by the proprietor of the school, Dr. Bisi Anyadike, bore placards with inscriptions such as ‘my future counts,’ ‘future education is now a national emergency,’ ‘when you stand up ASUU, then stand up for us.’ 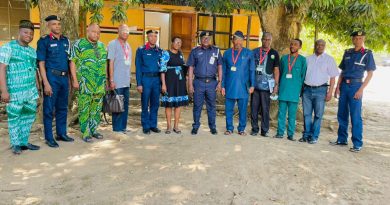 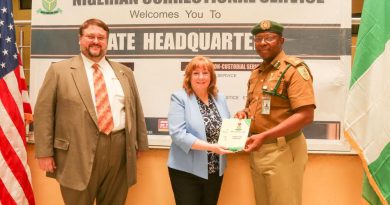 INL Set To Work With Multiple Partners, Agencies, To Strengthen Rule Of Law In Nigeria