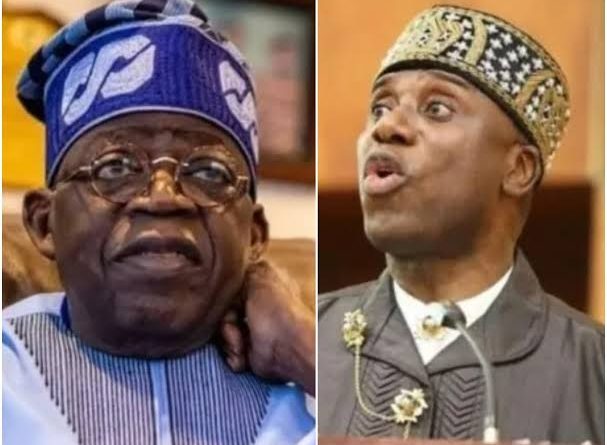 Erstwhile National Publicity Secretary of the defunct New People’s Democratic Party (nPDP), Member of the APC Legacy Projects Media Team and chieftain of the All Progressives Congress, Chief Eze Chukwumeka Eze has cautioned the Director General of the Tinubu Campaign Organization, Mal. Adebayo Shittu to be mindful of his choice of words in responding to sensitive issues, warning that careless misstatements propelled by hubristic sentiments and inordinate emotional attachment has the propensity of rapidly widening the great conflagration that has already heated-up the polity.

Malam Shittu, a former Minister of Communications, had taken a swipe at former Presidential aspirant, Rt. Hon. Chibuike Rotimi Amaechi, over his revelation that many of those who were induced with money during the APC presidential primaries are now regretting their action.

The former stated that he found the utterances of Amaechi unbelievable.

He said, “Who is regretting what? Can Amaechi isolate himself from those he claimed to have induced delegates for votes? He, just like other aspirants at the APC primaries, cannot point fingers at others without implicating themselves.

“What does he mean by delegates are regretting they collected bribes for votes? Is he indirectly saying the governors who brought them collected bribes and expressing regret too? I wish to have an opportunity to square up with him on this kind of issues.

“Amaechi’s outburst, just like few other noticeable ones, were obviously done out of frustration. I understand that when one loses an election, one is bound to hold grudges. You can’t rule that out. After all, we are human beings and Nigerians,” he added.

Reacting to Shittu’s discordant bashing, Chief Eze said the former Communications’ Minister merely succeeded in exhibiting his trait of stack ignorance over a matter of fact at the public glare in an attempt to justify the gale of bribery and heavy monetization deployed to sway voters and pervert the will of the people. Shittu, by his statement seems to be feigning ignorance of the simple and clear purport of the statement made by the erstwhile Minister of Transportation and this, Eze said beats ones imagination and forces him to wonder whether the Mallam is operating from the moon as to not know about the state of things in the country.What exactly did Amaechi say that is confusing to haters to warrant the type of utterance from Malam Shittu? Amaechi said that those delegates that allowed themselves to be enticed or induced financially to swerve their conscience against voting accordingly are roaming in a pool of regrets. And that statement clearly represents the undisputed reality as at today.

“Since after the convention what is condition of those delegates? Are they better off? Are they still not facing the embarrassment and shame we are facing where most of our key actors are leaving the party in droves?. Eze queried.

“Who in Nigeria today is happy with the APC? Instead of the likes of Shittu acting as a concerned party member by assisting the APC flag-bearer to succeed, he is rather smoking issues for him by attempting to malign the person and personality of one of the greatest Pillars of the party in the person of Amaechi.

” His type of sycophancy is what the country is battling today.

“Did Amaechi mention anybody’s name when he made that statement? So if Tinubu’s people feel they are guilty, so be it. Everybody saw what happened on that day, and even most of the delegates confirmed that they were given money to vote,” he said.

Furthermore, Eze said the personality and weight of Amaechi in the scheme of things in the party and country cannot be overstated. He led the party to victory in 2015 as DG., of the APC Presidential Campaign and unseat President Goodluck Jonathan and the People’s Democratic Party. He replicated same victory for the second time as Campaign DG. in 2019 when President Buhari was returned as President in a landslide, beating other contenders to clinch victory.

Eze squarely cautioned Shittu and those playing the music for him to desist henceforth from making any further unguided utterance against the former Presidential aspirant and South-South leader of the All Progressives Congress, whose legacies reactivated public confidence in government.Instead of Shittu to help in mapping out strategies on how to face a dreaded presidential candidate like Atiku Abubakar of the PDP and the raging fire of Obi of the Labour Party, he is busy for noting, chasing shadows in an attempt to cast aspersion on a committed party member as Rt. Hon. Chibuike Rotimi Amaechi. 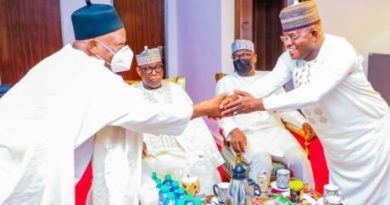 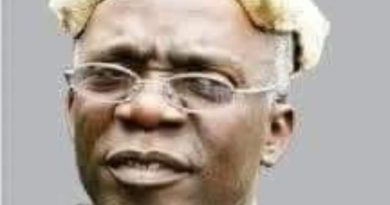