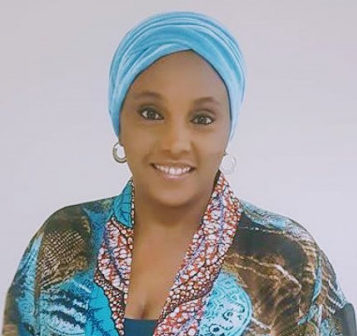 I read Kadaria Ahmed’s article where she called out BBC and condemned a 50-minutes documentary titled “The Bandit Warlords of Zamfara.”

Undoubtedly, Kadaria is a patriotic Nigerian and a good journalist, but she possesses a limited or vague understanding of Counterterrorism. I have watched some of her interviews; the recent one is her conversation with Rotimi Johnson (Sankore), and I know how she feels about the current situation in Nigeria. Of course, one can guess where she stands on issues concerning Nigeria’s stability.

However, it is vital to make this clear that investigating the crisis that threatens girl child education in Zamfara State should not be seen as providing a platform for terrorists. And suppressing information about the attacks we have experienced in Nigeria in the last couple of years will not help the government. When the government lies, denies and uses propaganda against its adversaries, the terrorist organizations will use the same tactics to discredit the government. As a counterterrorism expert, a need exist to set the record straight that the media coverage or what we refer to as the “CNN effect” in the intelligence parlance rather set the agenda for the government not helping terrorists.

Jan Goldman describes CNN effect as “media coverage of a real or perceived crisis that sustains public awareness and urges policymakers to take action.” And without media organization doing their work by exposing all these issues, the government will not sit tight to identify where they need to improve, work very hard and deploy the resources and become effective in the field. What would have been unethical in the documentary would have been BBC showing a life coverage of violence or suffering of people. And that was not the case. As Kadaria wrongly pointed out in the article, those kinds of documentaries are regular in Western Media. In May 1998, Osama bin Laden granted an interview to John Miller of ABC News, which aired in the media worldwide.

Publicity is the life and blood of Terrorism. That has been confirmed to be true. However, we also confirmed through research that denying terrorists the kind of “media exposure they should get” makes them resilient. Findings show that all acts of Terrorism are based on targeted goals and not on the publicity it attracts. A terrorist can rationalize the use of violence as a tool to achieve their desired goals irrespective of what happened to other people as long as they can achieve their established goals. Terrorists believe they are justified in performing the violent act to accomplish a more meaningful religious, social, or political change.

The media have always been condemned for making the job of the terrorist too easy because of the coverage and the emotion that arose from the public. And Kadaria, a journalist, has joined the number of people who misunderstand the role of the media.

In her metaphoric expression, the former Prime Minister of the UK described media as “the oxygen of publicity on which terrorists depend.” Hoffman asserts that Terrorism and media are bound together in an inherently symbiotic relationship, each feeding off and exploiting the other for its own purposes. All these analogies are in a different context.

Today, terrorist organizations have their media and are the beneficiary of the new information technologies, including social media networking sites. They do not depend on the conventional press to promote their content for propaganda. The kind of publicity in these instances is; life images of violence, decapitation of people or shooting victims, and pictures or messages that threaten violence or will potentially cause violence and fear. The main goal of terrorists is to create fear, instability and uncertainty to prove that the government cannot protect the citizens.

A psychological dimension of a terrorist act is based on the stress that terrorist acts place on the population when such videos or images appear in the media.

In conclusion, the media is not to blame, and the BBC 50-minutes documentary should not be an excuse for the failure of those who are paid to protect us and fail to do so. Without media organizations doing their work by exposing all these issues, the government will not sit tight to identify where they need to improve, work very hard and deploy the resources and become effective in the field.

Therefore, the immediate task for the Nigerian government is to tackle the “insider threat” and rebuild Nigeria’s military capability to thwart or defeat terrorist attacks against the country and disrupt terrorist networks anywhere within the region. These are not easy tasks.

The Nigeria government could implement a National Strategy for Combating Terrorism in several ways, including: Returning counterterrorism coordination to the National Security Adviser (NSA) office. Nigeria’s Counterterrorism is currently loosely managed without leadership and clear roles. Building the political will and counterterrorism capacity that matches the current threats.

Developing public diplomacy strategies that delegitimize Terrorism.Enhance border security Finally, let me repeat that Deeds must equal words: If a government says it will act against a terrorist threat, then it must act. Failure to act against a credible terrorist threat significantly damages a nation’s credibility and international reputation. 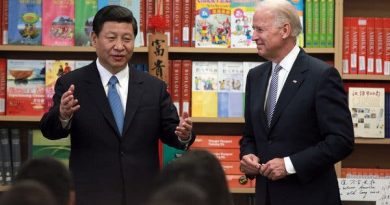 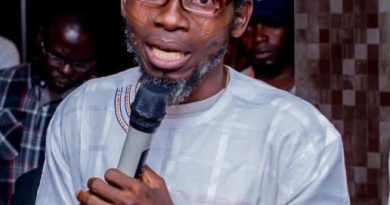 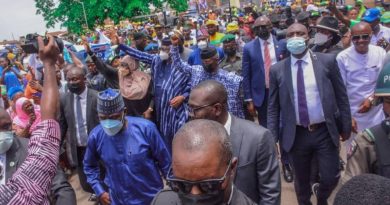