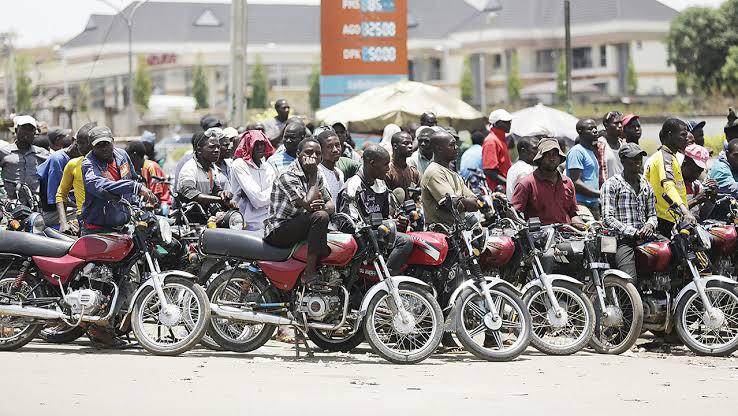 When the Lagos state government announced a total ban on the activities of commercial motorcycles (okada) operations as a means of public transportation in six local government councils and nine local councils development areas to take effect from the 1st of June 2022, Lagosians received the good news though long overdue with mixed feelings bordering on concerns about the enforcement of the Lagos state transport sector reform law (2018) for the umpteenth time.

The announcement of this ban by the state government came at a time the citizenry apprehension about okada threat to public safety and security of life and property occasioned by the security challenges in the country had reached the crescendo.

The ban was widely applauded and commended across all segments of the society as a necessary response of a listening government to the concerns and aspirations of its people for whom it exists to serve.

Recall that in 2006, the administration of Asiwaju Bola Ahmed Tinubu announced the restriction of okadas operations in the state between 7pm and 6am due to the security threat of a spike in armed robbery operations.

In 2012, the administration of Mr. Babatunde Fashola (SAN) enacted the Lagos state traffic law (2012) to regulate the activities of commercial motorcyclists (okada) as a means of public transportation because of its menace to the security of life and property of Lagosians.

The law prohibited the activities of okada on major highways, bridges and designated roads.

The enforcement of the Lagos state traffic law (2012) under former Governor Fashola was largely successful and brought huge relief to the citizenry who were groaning under the tyranny of the okada riders on the roads, though opposition to the law persisted from expected quarters, who claimed that the crime rate will spike as those who would have lost their means of livelihood by this restriction, will have no option but to take to crime.

But contrarily, available statistics obtained from relevant agencies after the enforcement of the law, revealed that crime rate dropped drastically, same for okada related accidents and fatalities as well as sanity being restored to the roads which had become chaotic due to the recklessness and lawlessness of the okada riders who had no regards for traffic laws, as they rode against traffic and knocked down pedestrians at will, injuring, maiming or killing them, flouted the law by carrying more than the officially allowed 1 passenger, disregarded the wearing of safety helmets for themselves and the passenger, mounted sound systems with loud speakers on okada and sadly, a lot of the okadas were not registered and the riders unqualified to ride which contributed in no small measure to the high rates of accidents on the road.

Actually, the Lord be your Savior, if as a motorist you are involved in an accident with an okada operator, whether you are innocent or guilty, they will pounce on you and you will be lucky if you are not molested, beaten, injured and your vehicle not burnt by an army of okadas riders who have turned into a mob. Infact their terrorism on the roads as a threat to law and order at all times is unparalleled as they attack, injure and even kill law enforcement agencies operatives in the course of their official function, statistics and data abound to corroborate this assertion.

The state government organized several stakeholders engagement to review the Lagos state traffic law (2012) and at one of the summit, several persons and groups came up with presentations commending the state government for the bold step of enacting the law which had succeeded in reducing avoidable accidents and deaths on the roads, reduced crime rate enabled by okada, restored sanity to the traffic situation and even forced young men back to the farms from environments far from Lagos as attested to by participants, for example, an elder statesman from one of the North Central zone states, stated that before the enactment and enforcement of the law, youths from his part of the country (Kogi) were trooping into Lagos like droves on a daily basis to make quick money by riding okada between Ikorodu and Mile 12, and abandoning acquiring education, vocational skills and working on the farms. He narrated sadly, how before the enforcement of the law, that at least on a daily basis, 3 or 4 corpses of the okada riding youths were returned to the villages to be buried, but that since the enforcement of the law in the past 9 months then, they had yet to record a death and are happy that the youths are returning back to the villages to continue with life devoid of the hazards that come with riding okada to earn quick money that comes with injuries, partial or permanent disability or even death as a result of okada crashes.

However, since the enactment of the Lagos state traffic law in 2012 till date, a lot of water has passed under the bridge to the extent that the law was reviewed and amended to become the Lagos State transport sector reform law (2018). While the law remained in force, the enforcement in 2020 had to contend with several obstacles which included covid-19 outbreak, EndSARS protest of 2020 among others.

In the midst of all these developments, states from across the six geopolitical zones like Enugu, Abia, Akwa Ibom, Kano, Edo, Zamfara, Kaduna, Cross River, Borno among several others continued to ban the operations of okada as a means of public transportation because of safety and security concerns.

Infact, in July 2022, the Federal government after a National Security Council (NSC) meeting, came out with a hint on the possibility of a nationwide ban of okada so as to cut off the sources of funds of terrorists and bandits.

Thus, in deference to the loud calls from Lagosians for a total ban of okada in the state in view of security concerns and an examination of the phased ban in six local government councils and nine local council development areas, the Lagos state government convoked a stakeholders summit to review the ban in the aforementioned LG’s/LCDA’s and chart the way forward.

At the summit which held on Tuesday August 16th 2022 and was well attended by stakeholders from the academia, youths, community leaders, traditional and religious leaders, artisans, civil society organizations, persons living with disability, security and traffic management agencies personnel, the media among several others, the resolution at the end of the summit was a unanimous call for a total ban on okada as a means of public transportation in the state after presentations from stakeholders which was intellectually driven.

The threat to public safety and security of life and property, the lack of documentation, identification, nationality and place of abode of the okada riders were highlighted as a major cause of societal concern because of the nature of the business.

Also, the large army of our youths who no longer want to acquire education or vocational skills to carry out artisan jobs but have taken to the quick money of riding okada, has necessitated the influx of foreigners from Benin Republic, Togo, etc for our masons, bricklayers, tillers, plumbers, etc needs, is a threat to our security and future.

The threat of food security is real as our youths have abandoned the farms for the quick money of okada business which has resulted in untimely deaths and physical disability as a result of okada crashes and so should be a source of concern for any society that has an eye on the future.

Again, we are not unconscious of the arguments from the opposition to the law by those who assume and claim that a total ban on okada will deprive the operators of their means of livelihood and spike the crime rate, but unfortunately for this school of thought, modern societies are run on the basis of information and evidence gathering and not assumptions and claims not backed by verifiable evidence.

The statistics and facts gathered from the field by experts, researchers and statutory agencies, point in the opposite direction even in 2022 as it did in 2012 and so their arguments in the face of available data, statistics and fact does not hold water and should be discountenanced.

Most importantly, the threat to our humanity posed by okada induced increasing crime rate, crashes and jungle justice mentality of attacking, injuring and even killing their passengers over dispute in fares as attested to by the death of a sound engineer in the Lekki axis of Lagos in May 2022, unleashing mayhem on the roads whenever one of them is involved in an accident, disregard for public and personal safety by not wearing helmets, nor provide for their passenger, knocking down pedestrians at will by riding against traffic in utter disobedience to traffic rules and regulation, attacks and killing of security operatives such as the death of CSP Kazeem Abonde the operations officer of the Nigeria police force Lagos state command who was killed at Ajao estate of Lagos state for the crime of performing his statutory function of enforcing the law in September 2021, etc.

The environmental hazard caused by the noise and air pollution of okada is a threat to our human existence. We can go on and on about the tyranny and threat to our existence by okada as a cancer which must be addressed frontally.

Based on the above analysis of the pros and cons of okada ban, it is indisputably clear that the announcement by the Lagos state government on Thursday 18th August 2022 of the extension of the ban on okada in four local government councils and five local council development areas to take effect from September 1 2022, is a responsible response to the democratic wishes of Lagosians by a government that places premium on its primary responsibility of securing the life and property of its citizens and its obvious to all and sundry that this ban though in phases, is in our collective interest for our tomorrow which is a collective responsibility.God bless Lagos State,God bless the Federal Republic of Nigeria.

Nelson Ekujumi,Executive Chairman,Committee for the Protection of Peoples Mandate (CPPM). 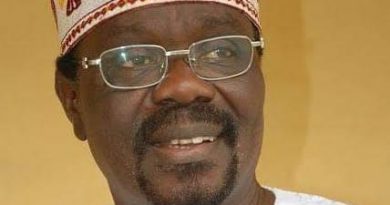 Stop The Terrorists Influx Into Nigeria 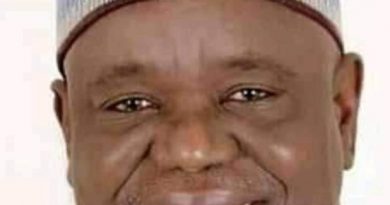 A Word In Defence Of Hon Haruna Mshelia 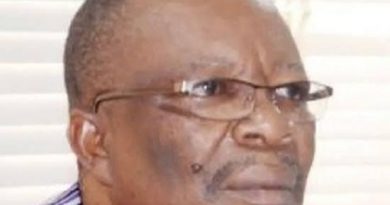 ASUU Strike: To Escalate Or De-Escalate?