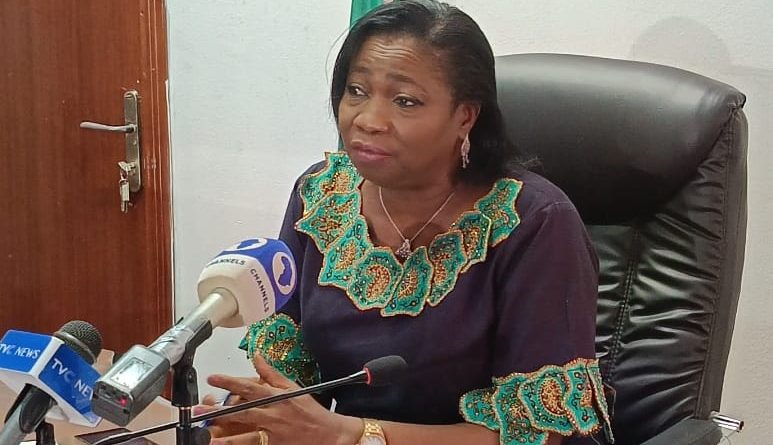 Chairman and Chief Executive Officer (CEO) of the Nigeria Diaspora Commission (NiDCOM) Hon. Abike Dabiri-Erewa, who gave this advice Thursday while featuring in a press briefing at the State House, Abuja, said over 20 Nigerian students have been killed in the area despite the warnings to the students to stay away from the place.

The NiDCOM boss, who gave an update on the Commission’s activities, regretted that Nigerians are being killed on a daily basis in Northern Cyprus with nobody able to intervene because of the political situation in the European.

Recognized only by Turkey, Northern Cyprus is considered by the international community to be part of the Republic of Cyprus.

Dabiri-Erewa said there was little that could be done diplomatically to resolve the situation of Nigerians there because Northern Cyprus is not recognized by the international community as a country.

She explained that Northern Cyprus does not have a robust mechanism that would enable the Federal Government to pursue justice for the over 20 Nigerian students killed there so far.

“Over 20 students have been killed over the years, and nothing happened. So, some of these students came themselves and said, they have to embark on an awareness campaign. Don’t go to these places. Northern Cyprus is recognized only by Turkey. It’s not an UN-recognised nation.

“So, we can’t do much. Our students are being killed on a daily basis, and nothing is happening. So again, I’m going to appeal that we need to take a strong position, about places like Northern Cyprus.”

The NiDCOM boss while acknowledging the insecurity in parts of the country,  however, noted that it is temporary even as she said that the federal government was doing all that is necessary to resolve the situation.

Dabiri-Erewa pointed out that the Nigerian security forces have in recent times been bombarding terrorists in a determined attempt to end their menace, expressing confidence that whoever invests in the country among the Diasporans will have a return for their investments.

While allaying the concerns of some Nigerians in the diaspora that their business interests in the country may be truncated by insecurity, Dabiri-Dabiri-Erewa said the security challenges in the country are temporary.

She noted that despite the security issue, the country recorded $20 billion in remittances in 2021.

She also assured that the federal government was doing its part to restore normalcy as even as the Nigerian security forces have recorded gains in the fight against terrorists recently.

“There’s been over $20 billion being sent to Nigeria. We know that these remittances are for families but it has contributed significantly to the Nigerian economy”.

The NiDCOM Chairman said the Nigerian government has made it clear that it would not allow any Nigerian to suffer for a crime he did not commit in foreign countries, noting with delight that Nigerians in the Diaspora are excelling in different fields outside the country and making appreciable remittances to the country.

Dabiri-Erewa, appealed to Nigerians to desist from making any comments capable of tarnishing the image of the country.She urged Nigerian students globally to key into its diaspora data portal identification portal to make it easy for foreign missions to identify them during emergencies.

Her words: “Data is key. So, we’ve been able to start a diaspora data portal. So, the digital portal is open. The Minister of State for Foreign Affairs was there to launch it last year. We’re calling on Nigerians abroad to key into the portal.

“And also, we tell our students, we’re doing this because a lot of them don’t want to go to the missions. Wherever you go, let the missions know that you are there. When trouble comes, that’s when you start running around. We saw what happened in Ukraine and during Covid. So, it’s important that we know where you are at any point in time.

”Responding to questions on diaspora voting, the NiDCOM CEO described President Muhammadu Buhari as Diaspora friendly President, stressing that it was the responsibility of the Independent National Electoral Commission, to allow Nigerians abroad to vote in general elections.

She called on Nigerians in the diaspora to lobby lawmakers into setting up the requisite regulatory framework to make it possible.

“I understand the fears and sentiments, which is the fact that our elections are not yet perfect. We’re still experimenting. What I’m saying is that we need to sit down again, analyze these fears and see how we can go about them.

“Even for the diaspora themselves, I’ll tell them that ‘make it your agenda.’ Every time you see parliament, talk to them. It’s about lobbying and appealing to and explaining those fears. For instance, they asked me if the diaspora votes, where do you count them? And the answer is simple. Everybody comes from a state. So, if a Lagosian votes in London, it goes to Lagos votes.” 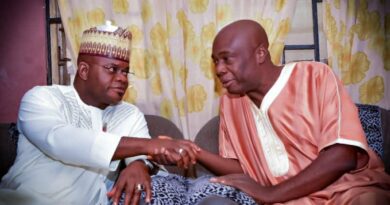 Lagos Shooting:Controversy Trails The Whereabouts Of Murder Suspect As Judge Issued Warrant To Produce Him At Next Adjourned Date….Ex Compol Hakeem Odumosu Indicted 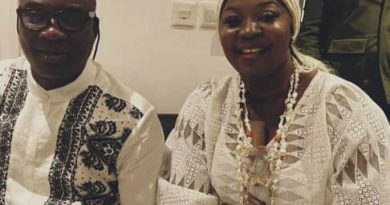