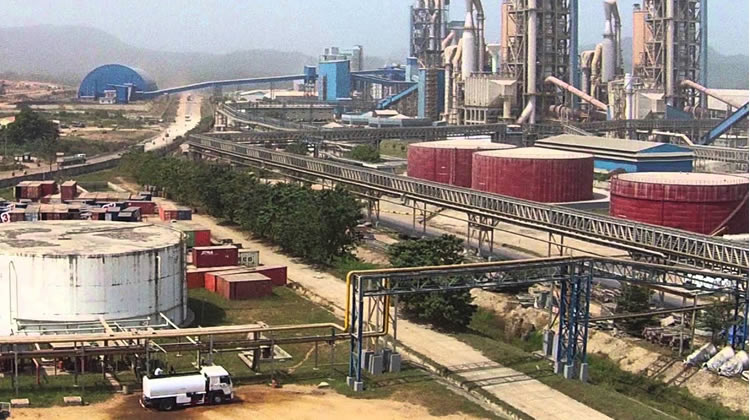 ORDINARILY, as an opposition spokesman, I’m not expected to say anything deemed favourable to the Party in power whether at federal or stae level. That’s the logical presupposition. I’m expected to constantly holler their inadequacies and remissness interminably. However, any responsible opposition may oppose a Party or a government in power, but cannot afford to oppose the people whose interests you profess to protect. Therefore, my intervention on this matter is based on my understanding of the hullabaloo regarding the Dangote-Obajana Cement company as not a crisis between the Kogi State government and Dangote Cement but one between the entire Kogi and one man who is dragging their commonwealth with them.

It is no longer news that the Kogi State government ordered the closure of the Dangote Cement Company, Obajana, due to controversies about its ownership and the benefits accruable to Kogi State and its people from the company domiciled on their land. On the face value or if you want to listen to the Dangote Group’s story, you would be tempted to think that the Kogi State government just decided to flex muscles unnecessarily and that it was merely stirring storm in a tea cup. But a dispassionate interrogation of the matter more deeply would reveal some helpful hints that exposes the intertwining web of sophisticated crudeness informed by the psychology of insatiable profit underpinning the whole saga.

The notoriety of the Dangote Group not keeping to agreements has assumed a legendary status even beyond the shores of Nigeria. It is not alien to controversies concerning the sharp practices it engages in just to maximize profit. Therefore, the interests or wellbeing of the of the people affected by the company’s activities is never a primary consideration. For instance, on March 2nd, 2015 workers of Dangote Cement company located in Ndola, Zambia, which is 271 kilometres from the country’s capital, Lusaka, staged mass protests that shut down the company for days because the indigenous workers in the company complained of being systematically eliminated from the workforce and not included in any senior management position as was agreed prior to citing the company in that country and the commencement of production.

Dangote seems to have a problem keeping to agreements officially reached with the host communities prior to citing his factories anywhere. In June 2016, mass protests by Ghanaians rocked the Dangote Cement factory located in Tema, Greater Accra Region. The main grouse of the protesters was that the Dangote group refused to abide by the memorandum of understanding signed prior to the operations of the company.

In 2010, a report by the American government made damning allegations against Dangote. Inter alia, the report alleged Dangote of applying a business model that is “harmful to Nigerian and American interests”. That’s a big one there! It was as damning as it was scary. Dangote was expressly alleged of “blocking investments that the company may see as competitors”. It is no news that Dangote has been fingered in the collapse of many companies that try to do businesses similar to what Africa’s richest man is already involved in. He is known to be extremely if not intolerably monopolistic. He is reputed to do anything to block anyone or group that may rival him in any of his lines of business. It is baffling how the federal government of Nigeria has turned a blind eye to that American report that stated categorically that Dangote was harming Nigeria’s economic interests by his rapacious business tactics.

Ibese, a town in Yewa South Local Government of Ogun State where another Dangote Cement factory is operating, is my late paternal grandma’s hometown. I know that place so well. I go there occasionally and I am a living witness to the harm that cement factory is doing to the people and the environment in that space without any mitigating or palliative measures put in place to assuage the sufferings of the indigenes. In 2020, about twelve years after the factory was situated in Ibese, the indigenes planned a massive protest over the non-payment of land compensations to the families whose lands were acquired by the company to build the cement factory. As its usual practice, Dangote Group rushed to the media with a dastardly fabricated story that it had paid the community compensations to the tune of N4.2Bn. The community’s lawyer, Barrister Olajide Olawepo had to challenge that false claim both in the media and in the Court of law to pooh-pooh the Dangote lies.

The memorandum of understanding entered into with the indigenes of Ibese and environs that provided for adequate compensations regarding hundreds of hectares of land taken from them and the crops planted on them was thrown away like trash and the people have continued to suffer. That was why there was huge jubilation in Ogun state by affected communities when the Kogi state government took action to protect the interest of Kogites hoping that this proactive action by the Kogi state government could awaken the Ogun state government too from its slumber to recover what is lawfully theirs for them.

From the foregoing, it seems clearly that Alhaji Aliko Dangote is not a businessman given to honouring signed memoranda of understanding with people or institutions but would rather find the means to arm-twist the other parties to lose their benefits to allow him maximize illicit profits. Profitability at the expense of humanity is nothing but criminality.

This brings us to the latest Dangote Cement Group’s scandals yet again, this time in Kogi state.

It is necessary to state the facts of the case for a proper understanding of the matter as against the desperate propaganda being pushed into the public space by the Dangote Group to score a cheap blackmail against the Kogi state government.

Several elements of the memorandum of understanding the Dangote Group signed with the Kogi state government prior to its involvement with the Cement Company in Obajana were never respected by the company. Among others, it was agreed from the beginning that a certain category of workers would be reserved only for Kogi indigenes, 40 to 50 % of senior management positions would be occupied by Kogites and that a representative of Kogi government in the capacity of a Director would be included to oversee Kogi people’s interests in the company. None of these was adhered to till date.

However, the crux of the whole saga is even more intriguing than meets the eye. Kogi State seems to have become a victim of brazen rapacity by the Dangote Group. The public must be unequivocally educated on the birth of the cement factory and who fathered it in the first instance. Against what Dangote would want the general public to believe, available records have revealed that the Kogi state government actually started the processes that birthed the cement company which started as Obajana Cement Company. It was the Kogi state government that took an external loan of 15 million Deutsche marks back in 1992 to conduct exploration research and feasibility assessments that confirmed the availability of huge limestone deposits in viable commercial quantities. So, the state government stated Obajana Cement Company and owned by it 100% before Dangote Investment Limited showed interest and was welcomed by the then unsuspecting state government.

Dangote played along initially by operating according to the memorandum of understanding until successive governments of the state somehow went AWOL and allowed Dangote to systematically fleece out the state and subsequently started making spurious claims to the sole ownership of a company that the Kogi State government borrowed money to start and invest on behalf of the Kogi people. By September 2021, Dangote Cement had already made one trillion Naira (N1tr) in revenue for that year despite the Covid-19 pandemic. The Dangote Cement Factory in Obajana is the largest in Sub-Saharan Africa with an annual output of 10.25 million tonnes but Kogi state has not benefitted for several years now from the huge profits accruing to the company it started.

But a new Sherif came to town in the person of Alhaji Yahaya Adoza Bello, the incumbent no-nonsense and action governor of Kogi state who looked through the books, saw the humongous injustice being meted to Kogi state people and decided to act to reverse this utterly reprehensible fraud. If Dangote acquired the Obajana Cement Company and now owns it 100%, he should provide the paperworks. Till date, the Kogi state government has not found any records in its files to prove that such acquisition ever happened.

It is in this regard that the precipitate ‘order’ purportedly given by the federal government for Kogi state government to reopen the cement factory is not only ultra vires but utterly insensitive. Without any comprehensive investigation of the matter, it is preposterous for the FG to intervene on the side of Dangote, an individual, against the interests of millions of Kogites. Such hurriedly procured federal might is counterproductive and absolutely ludicrous and must never be allowed to stand.

The Kogi state government must do everything within its powers to recover what belongs to Kogites and use it to develop the state. This robbery must not be allowed to stand!

Mark Adebayo is a Lagos-Based Rights Activist and the Co-National Spokesperson of the Coalition of United Political Parties, CUPP. 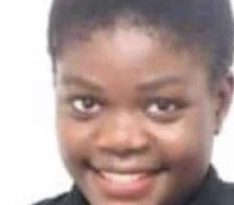 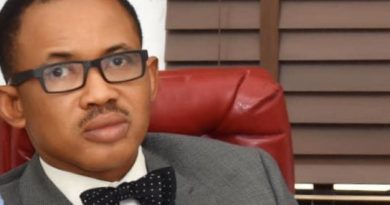 Section 84(12) Of The Electoral Act, 2022 Is Valid And Not Ultra Vires The Constitution- Kayode Ajulo 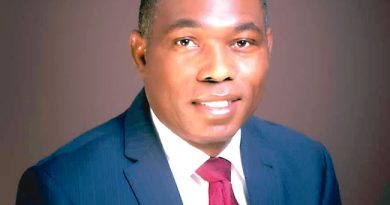