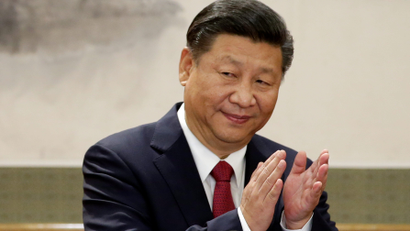 China has shown it’s determination to maintain its strong stand on socialism as the ruling party in the most populous country in the world endorsing several resolutions that further instituted socialist system of government.

At the closing of the 20th National Congress of the Communist Party of China (CPC) on Saturday, it was adopted that advancing the rejuvenation of the Chinese nation on all fronts through a Chinese path to modernization is the central task of the Party on the new journey of the new era, “basic socialist economic systems, including the system under which public ownership is the mainstay and diverse forms of ownership develop together, the system under which distribution according to work is the mainstay while multiple forms of distribution exist alongside it, and the socialist market economy, are important pillars of socialism with Chinese characteristics,” while agreeing to incorporate statements to that effect into the Party Constitution.

The Party Congress also added to the Party Constitution statements on gradually realizing the goal of common prosperity for all; having an accurate understanding of the new stage of development; applying a new philosophy of innovative, coordinated, green, open, and shared development; accelerating efforts to foster a new pattern of development that is focused on the domestic economy and features positive interplay between domestic and international economic flows; pursuing high-quality development; giving full play to the role of talent as the primary resource; and ensuring higher-quality and more efficient, equitable, sustainable, and secure development of the economy.

According to the Party: “These revisions will help all Party members align their thinking and action with the Central Committee’s accurate assessment of the domestic and international environments and with the strategic plans for Party and state initiatives, act on the Party’s basic line with a stronger sense of purpose, and continue writing the great history of China’s development in the new era with new achievements.”The Congress, according to it’s resolution released after the closing ceremony on Saturday, recognized “that building a modern socialist country in all respects is a great and arduous endeavor; the future is bright, but we still have a long way to go.

”The resolutions revealed that the Party Constitution has been revised accordingly to “inspire all Party members to maintain firm confidence, forge ahead with enterprise and fortitude, and keep on working to accomplish the Party’s set goals.”

The Congress recognized that since the 19th National Congress, the Party Central Committee with Comrade Xi Jinping at the core has developed new ideas, new thinking, and new strategies for advancing the coordinated implementation of the Five-Sphere Integrated Plan and the Four-Pronged Comprehensive Strategy, and therefore agreed to add to the Party Constitution statements on following the path of socialist rule of law with Chinese characteristics; developing a broader, fuller, and more robust whole-process people’s democracy; establishing sound systems and procedures for democratic elections, consultations, decision-making, management, and oversight; and both pursuing development and safeguarding security.

The Congress believed that these additions will play an important role in helping all Party members act with a stronger sense of purpose and greater resolve in implementing the Party’s basic theory, line, and policy, so as to comprehensively advance the great cause of socialism with Chinese characteristics.

The Congress also noted that since the 19th National Congress, Comrade Xi Jinping has put forward a series of new ideas, new thinking, and new strategies on national defense, the armed forces, the united front, and foreign affairs, and agreed to include in “the Party Constitution statements on enhancing political loyalty in the military, strengthening the military through reform, science and technology, and personnel training, and running the military in accordance with the law; elevating the people’s armed forces to world-class standards; fully, faithfully, and resolutely implementing the policy of One Country, Two Systems; resolutely opposing and deterring separatists seeking “Taiwan independence”; holding dear humanity’s shared values of peace, development, fairness, justice, democracy, and freedom: and advancing the building of an open, inclusive, clean, and beautiful world that enjoys lasting peace, universal security, and common prosperity.”

According to the Congress, “these revisions reaffirm the Party’s commitment to building a strong military with Chinese Characteristics, making sustained and steady progress with the One Country, Two Systems policy, advancing national reunification, promoting thebuilding of a human community with a shared future, and leading the tide of human progress.”

In his address at the closing ceremony, Jinping said: “As delegates to the Party’s National Congress, we are entrusted with a glorious mission and great responsibility. We must firmly keep in mind our Party’s original aspiration and founding mission. We must maintain firm ideals and convictions, carry forward the great founding spirit of the Party, and gain a thorough understanding of the Party’s theories, lines, principles, and policies.

“We must fully implement the Central Committee’s strategic plans for building China into a modern socialist country in all respects and advancing national rejuvenation on all fronts, study, observe, implement, and uphold the Party Constitution with a stronger sense of purpose, and closely follow the Central Committee in thinking, political stance, and action.”

He added that: “We must firmly keep in mind that this country is its people, the people are the country. We must fulfill our fundamental purpose of serving the people wholeheartedly, maintain a close bond with the people, and always stand on their side, empathize with them, and work alongside them. We must actively convey the concerns of other Party members and the public, properly exercise our duties as delegates, and willingly submit ourselves to the oversight of the Party and the people.” 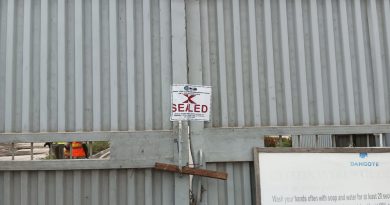 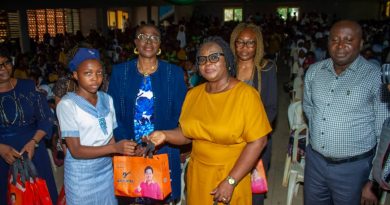