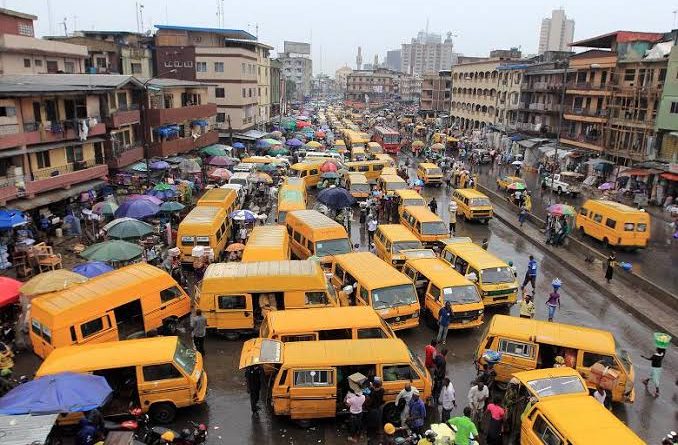 The Centre for Anti-Corruption and Open Leadership, CACOL, has thrown its weight behind commercial drivers in Lagos State under the aegis of the Joint Drivers Welfare Association of Nigeria (JDWAN) who are threatening to embark on 7 day mass protest and boycott of services across the state over multiple and excessive extortion by the management of parks and garages in the state.

In a release issued by CACOL and signed by Tola Oresanwo, the anti-corruption organization’s Director, Administration and Programmes on behalf of its Chairman, Mr. Debo Adeniran, he stated, “We received the news that Lagos commercial drivers are threatening to embark on 7 day mass protest and boycott of services across the state over multiple and excessive extortion by the management of parks and garages in the state with mixed feelings”.

According to the statement issued by the driver’s union, their demands are: “No to charging drivers three passenger’s money after loading in parks or garages, we are demanding it should be one passenger’s money per bus. We demand that only Lagos State government’s ticket should be the only ticket in Lagos. Others like Lagos State parks and garages management, Lagos State caretaker committee are not acceptable to all drivers in Lagos State”.

“We kick against paying motor park thugs at every bus stop. All illegal money paid after we leave the garages and parks should be abolished immediately. Harassment by law enforcement agencies and intimidation with guns, cutlass, broken bottles by LASTMA, task force and RRS must end immediately. They collaborate and hire thugs to attack and extort us every day without violating any law”.

“Lagos drivers also pay for entertainment, security, unit chairman’s food and many other ridiculous levies with threat of violence at any slight refusal by the drivers. Lagos commercial drivers work like elephants and eat like ants while the urchins under the aegis of motor park workers take a large chunk of our earnings. We can hardly fulfill our contractual obligations with our business partners, feed our family or afford maintenance or repair of our vehicles”, the statement reads.

It is instructive to note that over the years, multiple and excessive extortion from Lagos drivers has been the order of the day. The interesting aspect of this is that the money being collected from these drivers have not been accounted for by relevant agencies of government. It is a common phenomenon in different parts of Lagos to see instances where commercial drivers and their assistants are being bullied, molested and assaulted by agents of parks and garages in the state.

“We at CACOL believe that allowing these drivers to carry out their threat without addressing the issues raised would be tantamount to insensitivity on the part of government, it may also lead to unnecessary break down of law and order with the attendant disruption in the economic activities in the state and it will subject large numbers of commuters to untold hardships”.

“We therefore call on the Lagos State government to quickly call and dialogue with these drivers knowing fully well that their activities contribute significantly to the growth and development of the economy of Lagos State”.