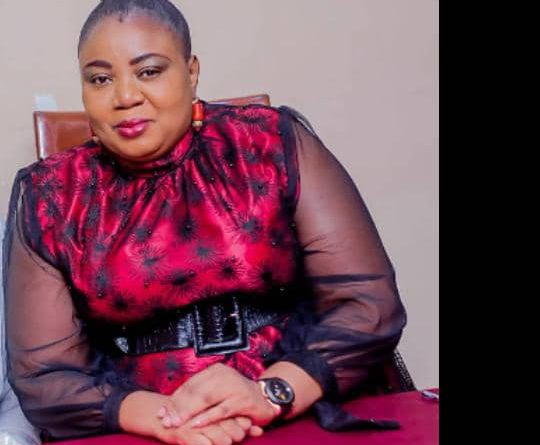 Esho is a foremost highlife collector in Nigeria. Now in his seventies, his daughter, Bimbo Esho is demonstrating the same passion for the indigenous music that was fast slipping into the oblivion.

A university of Ibadan graduate, Bimbo has taken it upon herself to organise workshops and seminars to sensitise people about how to keep the highlife flag flying.

Recently, she did a competition where bands must perform live for appraisal to get prizes. This is in addition to he ground breaking Ariya Eko Show.

According to her, the move became important to rescue the dying live performance culture.

”You will discover that live band culture has been taken over by the DJ culture. People are no longer playing instruments,because every beat one needs now is in the computer system. ”That is why what we have now mainly are singers and not musicians. But for the church that still churn out instrumentalists, we wouldn’t have people playing instruments again. The culture must not die, it must be kept alive somehow”

Through her father’s Evergreen Music Company where she is the Managing Director, Bimbo has been able to get the sympathy of the Lagos state government to support some of her projects in this resuscitating efforts.

She also,for the sake of highlife, has a Bimbo Esho’s Battle To Rescue Highlife Music social media group she floated called Members of Music Icons (MMI) and membership of the group has kept climbing and it varies from the young to the old.

What’s the driving force for Bimbo?

According to her: the interest actually started as a kid when I grew up watching a lot of epic movies, the likes of the Feyikogbon, Winds Against My Soul of Jimi Solanke and Taiwo Ajayi Lycet, Ifa Olokun Asoro dayo, etc They helped greatly in shaping the formative stage of my life. I saw Nigeria as a place where we had to keep heritage, I saw the likes of Ogunde’s films too. We have a lot of his films on VHS tapes. We have Duro Ladipo, Feyikogbon, Village headmaster. It all made me know we were richly blessed culturally . They were real fantastic movies and I saw Nigeria as a place where you had to keep records.

While I was in the University I studied Anthropology, as a course, and I began to wonder, what impact and what role can I play as an anthropologist what can I do that will show I am a real anthropologist. I just saw my dad’s business as something that can be enriched.

Then, he had Evergreen Band which he formed in the 90’s. They use to go round most of the elitist clubs they played round. We saw that a lot of the elders craved for such music that the band played, different kinds of indigenous music. So that made my interest to grow stronger. Always thought of what to do to be relevant to my country as an anthropologist .

I decided to write on Highlife Music as a medium for social reform for my final year project. I was opportune to meet the likes of Victor Olaiya, Victor Uwaifo, Alaba Pedro, Jimmy Solanke, Delo Ojo, etc.

I met a lot of them. I interviewed a lot of them. I found out that these people played timeless Evergreen music that has stood the test of time. In my project I emphasized their songs which preaches morals and how it has helped the society grow. It preaches Unity, Love, Peace.

That shaped me and brought out my intense passion and interest in music of our past.

Beyond that, I now went back to the drawing board that it is not only about me doing my project, what can we do to sustain this highlife music sector.

My dad is a collector, he has been collecting evergreen records and music since he was age 12. He went back to his archives and began to bring them out. He now said ok which of these artistes can we even start with. That was when he started with Roy Chicago, who happens to be one of my favourite highlife music legends.

That also encouraged me further. I then decided to support my dads efforts and work with him in achieving what he calls his First Love( Highlife). He had already formed the Evergreen Band in 1996.

I was in school during my project when he formally registered our company in 2005. Shortly after my final year project We started the whole thing together. Since then, it has been tough. Over the years my dad has talked about preservation of our musical heritage for the sake of posterity.

He has proposed many times to the federal government on the need for a music foundation as our office space has become too small to take most of our music archives ie Musical instruments, Record tapes and over 100,000 vinyls, Books, etc

The foundation is to look like an experience center a melting point from people to experience music. More like a research, education , cultural center that will have a museum to talk about music in the past, present and future.

It will be a place where people can come have fun, listen to music, watch live band of performances by living legends of Sakara music, Agidigbo, Waka, Highlife, Juju, Fuji, etc ?

Look at Apala. In the forum I created online which is the MMI forum, someone asked the question. Which songs are Original to Nigeria? Nobody could answer.

All the main core indigenous songs are fading away. Where are all the Apala, Sakara, Were, Fuji musicians today? Many of these music are beginning to go into extinction.

The new generation don’t have names for their songs. That is why you hear all sorts like Afro Hip Hop, it is a bit confusing. We need to create more music genres that can be traced to some certain roots.

If not that Nigeria reggae artistes have made Reggae blend with our cultural context it wouldn’t have made any sense.

Another thing that has become worrisome is that most of these old artistes, the veterans are dropping dead. In those days these artistes were just playing for fun, many of the record labels have gone into extinction once the artistes die that is the end. Those are the artistes that we are working on. Let us try and see how we can revive their music and put it in a foundation.

Take Akeeb Kareem for instance. His music is so melodious. He is in the UK . He is now into full time Ministry. He came to Lagos sometime back when Beautiful Nubia was doing some thing. He stole the show. He sang that his popular song ” Amebo”. He created serious nostalgia as the whole crowd applauded him. Even Victor Olaiya as great as Baba was ,some of the new generations didn’t know him until our company put together the 60 years on stage celebration for him in 2012.

After our event Premier Music did a collaboration between the young and old and Victor Olaiya and 2face Idibia came up with a rehash of Victor Olaiya’s song Baby Jowo which was changed to Baby Mi Da.

Highlife started declining during the civil war that made many highlifers flee from their different places of operations. Also the introduction of spraying culture in juju music.

But I know the high life consciousness is fast returning. People’s reactions to what we are doing to resuscitate highlife have been encouraging. 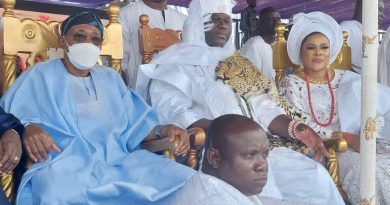 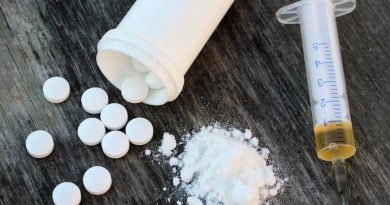 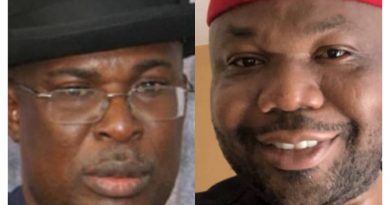