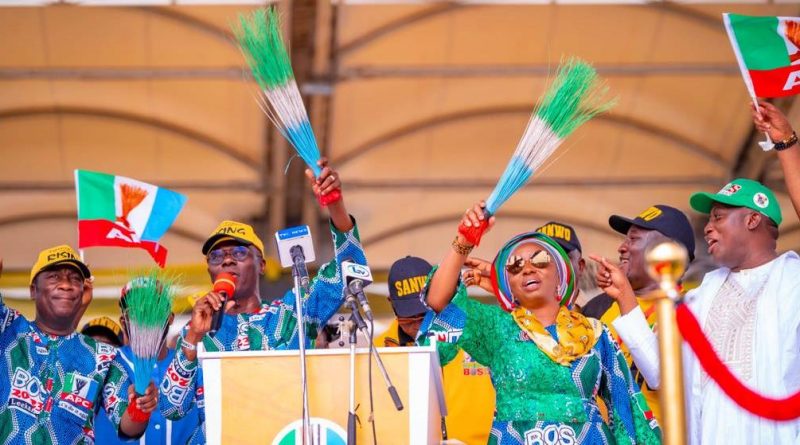 Lagos State Governor, Babajide Sanwo-Olu, on Saturday said the fact that Lagos State was not submerged by the flood that recently ravaged many parts of the country, despite the fact that the state is less than two metres above sea level was not a fluke, saying his administration took proactive measures to avert the disaster.

The governor, who stated this at the flag off of his governorship campaign for reelection with the slogan, ‘A Greater Lagos Rising’, at the Mobolaji Johnson Arena, located in Onikan area of the state, thanked the electorate for their support and solidarity for his administration and the ruling All Progressives Congress (APC).

He urged them to reelect him, the Presidential candidate of the party, Asiwaju Bola Tinubu and other candidates of the party vying for various offices, for continuous efficient service delivery.

Governor Sanwo-Olu said his administration did not take the support and mandate given to him over three years ago when he was elected as the governor of the state for granted, saying his administration worked so hard to overcome challenges caused by the global economic meltdown and other upheavals that shook the world.

He said the campaign slogan, which is ‘A Greater Lagos Rising’, was informed by the giant strides his administration recorded through the THEMES agenda, saying tremendous progress has been made in the areas of transportation and traffic management in the state.

Governor Sanwo-Olu said, ‘’You can see the completion of our rail projects, you have seen rail in Lagos for the first time in over 40, 50 years there will be an intra-city rail system. We have completed it and we are going to be handling it to you. You have seen our commitment on all of our BRT corridors, first and last mile buses, new taxis , you have seen our commitment on ferry terminals, development ferry terminals in seventeen locations across Lagos.

In his welcome address, the Chairman of All Progressives Congress (APC) Lagos State, Hon. Cornelius Ojelabi said the party has been the ruling party in the state since the advent of democratic governance in the country, assuring the electorate that the party will not disappoint them.

A mammoth crowd of Lagos State residents converged on Onikan – a cultured neighbourhood in the heart of Lagos Island – for an All Progressives Congress (APC) rally.

Clad in branded yellow shirts and Ankara brocade, the crowd dominated the city centre with pockets of political carnival. Thousands of ordinary citizens and party stalwarts trooped to Mobolaji Johnson Pavilion, the venue of the inaugural rally flagging off the party’s governorship campaign in Lagos.

The 10,000-capacity stadium brimmed with APC supporters. They carried banners and chanted slogans to receive the party chieftains and members of the Governorship Campaign Council.

The Governor thanked residents for standing by his administration, pledging that he would not take their support for granted.

He urged party members to take back the Government’s achievements back to their communities and engage in door-to-door campaign to ensure APC candidates are elected in the general elections.

Director General of Lagos APC Campaign Council, Sen. Ganiyu Solomon, said the party would have no problem taking its campaign to the electorate, given the “exceptional” performance of the party’s governorship candidate.

Solomon said the second coming of Sanwo-Olu and Hamzat would bring the State to new heights of development and prosperity.

Leader of the Governance Advisory Council (GAC), Prince Tajudeen Olusi, said: “The combination of Sanwo-Olu and Hamzat are the best a democratic society can get in delivering results of good governance. Anyone who wants the development of Lagos to continue, Sanwo-Olu must be allowed to continue the good work he started.” 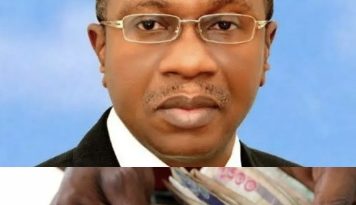 I Don’t Need To Inform Anyone Else, President Has Given Approval In Writings, Emefiele Replies Finance Minster 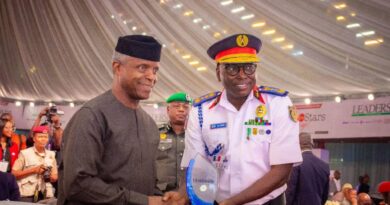