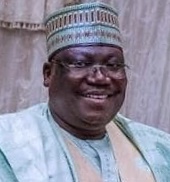 Conference of Nigeria Political Parties (CNPP) has join Nigerian women to protest the rejection of bills meant to promote the interest of the female gender in the ongoing constitutional amendment by the National Assembly, urging the lawmakers to end the habit of taking the country back to the primitive days and revisit the rejected gender equity bills.

The umbrella body of all registered political parties and political associations in the country, in its reaction on the occasion of the 2022 International Women’s Day (IWD), asked members of the Senate “to revisit the rejected pro-female gender bills to align the country with the theme of this year’s IWD celebration, which is #BreakTheBias.”

In a statement signed by its Secretary General, Chief Willy Ezugwu, the CNPP maintained that “the lawmakers have always failed to flow with the mood of the nation and prevailing international standards at all times”, saying that “the rejection of the gender equity bills was not a surprise.”

“The reason is because most members of the National Assembly hardly consult their constituents before taking decisions that would directly or indirectly impact their lives and livelihoods.

“If we are practicing democracy, the lawmakers, the executives and their appointees are always in office to do what the people who elected them want, not imposing their wishes and ideas on the citizens they represent.

“The CNPP, therefore, calls on the Nigerian lawmakers to immediately revisit all bills that would promote gender equity and end discrimination against women on the basis of gender as enshrined in the country’s constitution, particularly in line with the theme of this year’s International Women’s Day.

“2022 campaign theme: #BreakTheBias envisages a gender equal world, free of bias, stereotypes, and discrimination; a world that is diverse, equitable, and inclusive.

“In Nigeria, we should transcend our biases against women, freedom of religion and go ahead to value and celebrate our differences to forge gender equity rather than widen the equity gaps.

“The All Progressives Congress (APC) controlled National Assembly and President Muhammadu Buhari administration should therefore end the policy of relegating our women to ‘the other room’ as Nigeria join the rest of the world to celebrate the International Women’s Day”, the statement read. 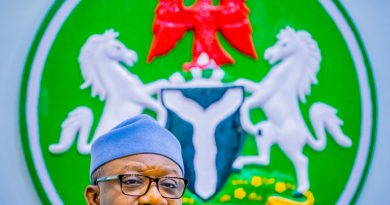 Eid-el-Fitr: Another Time For Sober Reflection-TUC 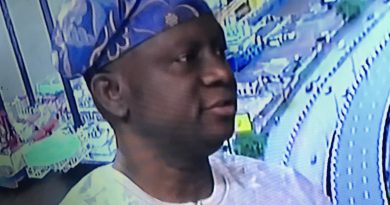