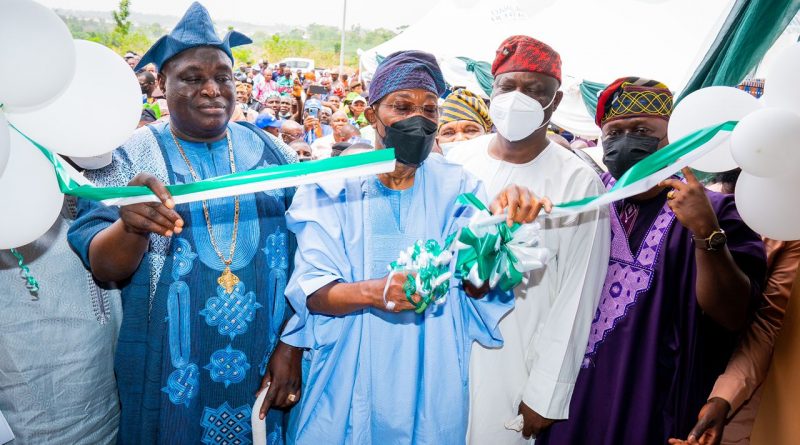 Twenty-eight (28) years after winning the African Cup of Nations, the Federal Government has redeemed it’s housing pledge to the Super Eagles 1994 Set.

Speaking at the official commissioning of the Housing Project under the National Housing Programme (NHP) Phase 1 in Abere, Osun State, President Muhammadu Buhari, who was represented by the Minister of Interior, Ogbeni Rauf Aregbesola, said houses are now available to the conquering Super Eagles Set of 1994 to pick from.

He said the motive of the Federal Government was beyond improving the human condition of living through the provision of houses like the project being commissioned, but by also providing opportunities to fulfil its pledge to her citizens.

The Federal Government had promised each of the members of the Super Eagles captained by the Late Stephen Keshi, which also paraded Late Rasheed Yekini and present Super Eagles handlers Augustine Eguavoen and Emmanuel Amunike house in any state of their choice
after winning the 1994 African Cup of Nations.

Aregbesola while saying the allocation of house was better late than never, added that: “But there is more to our message of change and improving the human condition in these housing projects. They make possible, that which had seemed impossible. It provides an opportunity to remember our heroes, the valiant Super Eagles, to whom our country made a promise of providing housing for winning the 1994 African Cup of Nations, which has remained unfulfilled before now.

“On behalf of the Federal Government of Nigeria, it is a great honour for me to redeem the promise Nigeria made to these patriotic Nigerians, even if belatedly. Anyone of them can pick houses from any of the 36 states, I invite you to pick from that which is being commissioned today.

The Minister while representing the President, said: “As the saying goes, it is better late than never and I have approved allocation to redeem the outstanding allocation to 22 members of the Super Eagles in National Housing Estate located in their state of choice, and their keys and title documents will be handed over at the commissioning in their state while the remainder of the housing is allocated to willing members of the public.”

The Federal Government also reiterated the commitment of the President Muhammadu Buhari-led administration to improving the conditions of the mass of the Nigerian people with her programmes and policies.

The President’s representative said: “The Micro, Small and Medium size businesses that drive our economy were the ones who won the contracts to build these houses. Not only did their successful bids offer an opportunity for these companies and their employees, through them we have unleashed a value chain of economic activities that improved the conditions of the mass of Nigerian people.

“They engaged suppliers who benefit from sub-contracts for the supply of building materials from sand to cement, roofing and plumbing material to doors and electrical fitting. In the process, Nigerians at the bottom of the pyramid such as artisans, builders, skilled and unskilled workers and food vendors were not left out of this economic value chain.

“These are some of the people our country remains committed to move towards prosperity and away from poverty and we are already reaching them by providing opportunities for employment for those who were hitherto unemployed.”

In his welcome address, the Zonal Director (South West) National Housing Programme, Dr. M.K. Muhammed, noted that the land the project was built on was donated by the Minister of Interior, Ogbeni Rauf Aregbesola when he was governor in the state.

“The National Housing Project is promoting local content in line with the Executive Orders 3 and 5. The use of available local building materials in the National Hosuing a programme (NHP) has stimulated the economy through the production and use of the materials.”

Also at the event were the Governor of Osun State, Mr. Gboyega Oyetola, represented by the Commissioner for Lands and Physical Planning, Hon. Nathaniel Agunbiade; Minister of Works and Housing, Mr. Babatunde Raji Fashola, represented by the Director of Urban and Regional Development of the Federal Ministry of Works and House, Mr. Moyoade Olasunkanmi Dumoye; the Timi of Edeland, Oba Munirudeen Adesola Lawal, Laminisa1; Zonal Director (South West) NHP, Dr. M.K. Muhammed amongst other dignitaries. 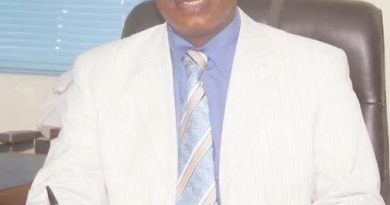 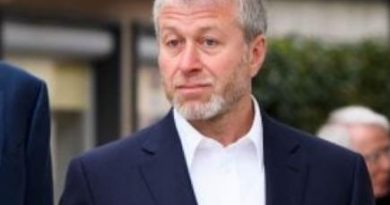 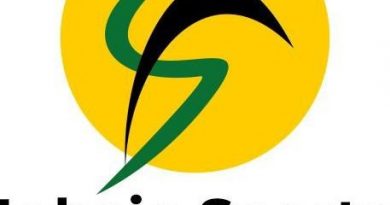