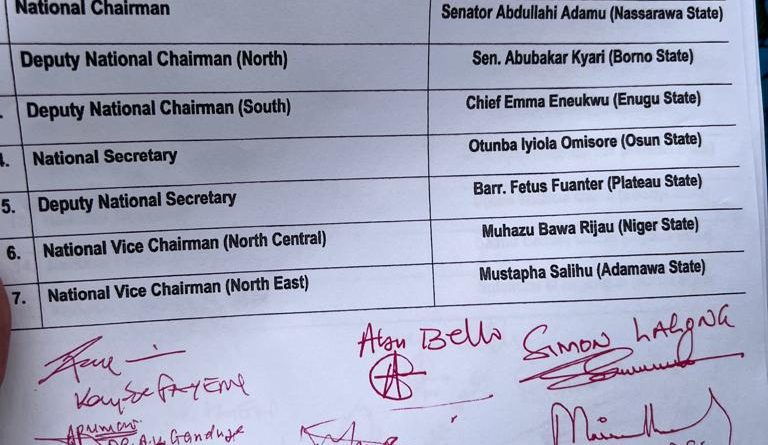 Former senate president, Ken Nnamani has been dropped from the consensus list according the document sighted by Newsnow.

However, former governor of Nasarawa State, Senator Adamu Abdullahi and former deputy governor of Osun state, Otunba Iyiola Omisore have been adopted as consensus candidates for the position of National chairman and national secretary respectively.

Meanwhile, the south west has also compiled the list of its consensus candidates, tagged ‘Unity List’. Curiously, Dayo Israel, a minister in the RCCG has ‘Abdullahi’ as a prefix to his name.