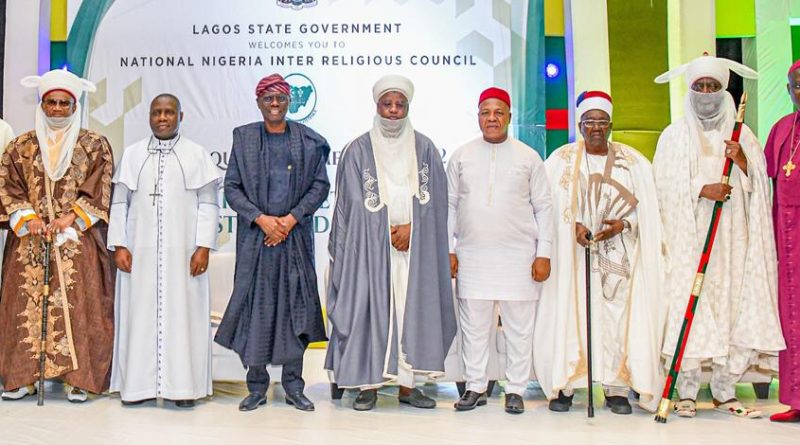 Lagos State Governor, Mr. Babajide Sanwo-Olu, Secretary to the Government of the Federation (SGF), Mr. Boss Mustapha, and leaders of the Nigeria Inter-Religion Council (NIREC), have called on Nigerians, irrespective of religious and ethnic differences to work together for peace and justice in country.

Sanwo-Olu, Mustapha and co-chairmen of NIREC – Sultan of Sokoto and leader of Nigerian Supreme Council for Islamic Affairs (NSCIA), His Eminence Mohammed Sa’ad Abubakar and President, Christian Association of Nigeria (CAN), Rev. (Dr.) Daniel Okoh, made the appeal on Monday during the 3rd Quarter Meeting 2022 of the Nigeria Inter-Religion Council held at the Lagos Continental Hotel, Victoria Island.

Governor Sanwo-Olu in his address urged religious and traditional leaders to continue making it a collective responsibility to preach and work towards promoting unity, peace, justice and tranquility in Nigeria.

Speaking on the theme of the meeting, “Working together for justice and peace,” Governor Sanwo-Olu said promoting unity, peace, justice and tranquility in Nigeria will bring about a peaceful coexistence among the people.

“I believe with the case of NIREC that we have today and that we have seen consistently, this country will not be put to shame. I am hoping that the conversations, discussions and decisions at the NIREC meeting will further strengthen that thing that we all swore to; to ensure justice, peace and equity in this country.

“We are at a time this country needs all of us, now more than ever before and so, we should not allow hate speech. We cannot afford ethnic bigotry. We cannot afford to be divided. We are going into elections; let us see the commitment and nationality in all of us,” Governor Sanwo-Olu urged Nigerians.

The Governor also expressed his administration’s commitment to the delivery of dividends of democracy in Lagos State.

“As a political leader, the only way we will not fail our people is by ensuring that we give good governance. I stand here as your 15th Governor of Lagos State and I want to repeat that the ‘Greater Lagos’ agenda is something that we are committed to and it is something that we have signed unto,” he said.

Speaking on the ongoing Academic Staff Union of University (ASUU) strike and the union face-off with the Federal Government, Governor Sanwo-Olu said though none of the Lagos State-owned three universities are on strike, it is painful that children in other universities are at home in the last seven months.

Sanwo-Olu, who appealed that ASUU should call off the strike and get the students back to school, said the academic union and the Federal Government should quickly resolve the lingering issue necessitating the over seven months strike “in order not to compromise the future of our children.”

Mustapha, who was represented by the Permanent Secretary, Office of the Secretary to Government of the Federation, Dr. Maurice Nnamdi Mbaeri, said the meeting was a call to national duty to take an active part in renewing troubled communities.

He charged people, especially religious leaders to work for justice, peace and fair play to create the needed change so that Nigerians can always live in unity and harmony.

“I want to charge every one of us to work for peace that will endure and outlast us by creating functional structures for generations unborn. This structure must have the capacity to be proactive in responding to emerging issues while reinforcing a longer and larger change processes. We cannot fold our hands when we see problems emerging,” he said.

The Sultan of Sokoto, a Co-Chairman of NIREC, said the role of religious leaders is to be just and fair to earn the trust of the people.

He also urged Muslims and Christians in the country to come together to pursue peace and justice as they are inseparable.

He pleaded with ASUU to call off the ongoing strike, saying both the Federal Government and academic union should find a common ground to resolve their conflict in the interest of the students, who have not been in school in the last seven months.

The President of CAN and NIREC’s Co-chairman, Rev. Daniel Okoh, urged people to embrace peace, desist from hateful utterances, live in peaceful coexistence with one another, be accountable, elect leaders with capacities during the 2023 general elections and abhor tribal sentiments, among others vices.

In his speech, the Executive Secretary of NIREC, Cornelius Omonokhua, said the meeting was aimed at changing existing narratives to allow justice and peace to reign in Nigeria.

He said there was a need for mental reengineering, change of values and attitudes as well as radical emancipation to address the root of various calamities of national concerns.

Also speaking, the Lagos State Commissioner for Home Affairs, Prince Anofiu Elegushi, called on religious leaders to continue to preach peace and unity to bring about development in the country. 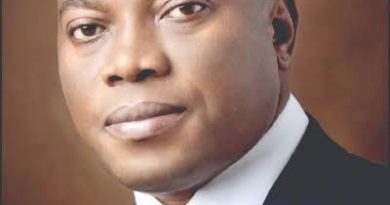 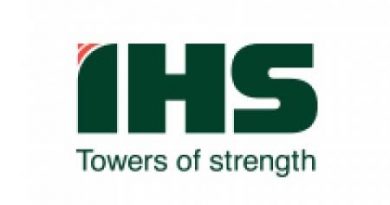