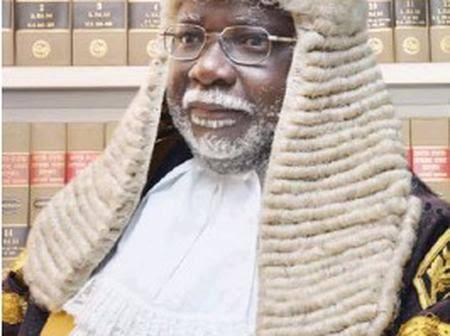 The assumption of office of the Chief Justice of Nigeria (CJN) by Honourable Justice Olukayode Ariwoola GCON will positively enhance Nigeria’s legal system, accelerate the judicial process and make the system more pro-people.
This affirmation was contained in a Press Release by Oke ogun Council of Elders (OCE) in which the body congratulated the new CJN as well as lauded President Muhammadu Buhari for not wasting time in swearing-in Justice Ariwoola as soon as his nomination was approved by the Senate of the Federal Republic. Ariwoola is a native of Iseyin, one of the prominent towns in Oke ogun area of Oyo State. OCE is a body of Elders committed to the progress of Oke ogun and welfare of the people of the area.
In the release signed by the OCE’s publicity secretary, Comrade Jare Ajayi, the Oke ogun Elders expressed their heart-felt joy that for the first time in the history of Nigeria, an indigene of the area is occupying the fifth highest office in the country. While appreciating President Buhari for allowing the process to take its normal course, the elders gave the assurance that Ariwoola’s tenure as Chief Justice will make positive impact on the country in view of the diligence, honesty, forthrightness and adroitness with which Oke ogun people are known.
“His tenure as CJN will herald a new dispensation that will make the judicial system in Nigeria more efficient, more just and more pro-people”.
According to the Oke ogun Elders, right from his days of practicing as a lawyer up till the time he was appointed as a judge by the Oyo State Government in 1992, Ariwoola has always maintained the habit of hard-work, diligence, forthrightness and honesty with which he was known all through his youthful days. These virtues he carried into higher offices such as in the Court of Appeal and the Supreme Court where he has served (and is still serving) meritoriously.
“With these admirable credentials, we are confident that the new Chief Justice of Nigeria (CJN), Honourable Justice Tajudeen Olukayode Ariwoola GCON will further elevate the office and enhance the judicial system in Nigeria. We are also confident that he will uphold the Omoluabi ethos of integrity and honour with which we are known”.
The release concluded by again expressing appreciation to the authorities for making the appointment a smooth one.
It would be recalled that Ariwoola was sworn-in last week by President Muhammadu Buhari as the 18th Chief Justice of the country after his nomination for that office was confirmed by the Upper Chamber of the National Assembly, The Senate. Ariwoola was earlier sworn-in to work in the same office in an acting capacity following the resignation of the former CJN, Honourable Justice Muhammed Tanko GCON, on June 27, 2022.
Before his nomination and eventual confirmation, Olukayode Ariwoola was the most senior among the Honourable Justices in the country’s apex court, the Supreme Court. 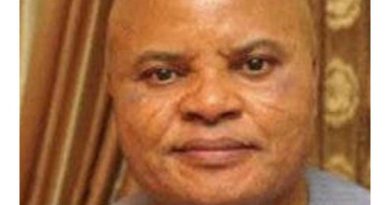 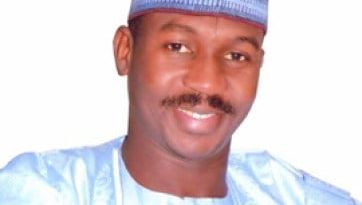