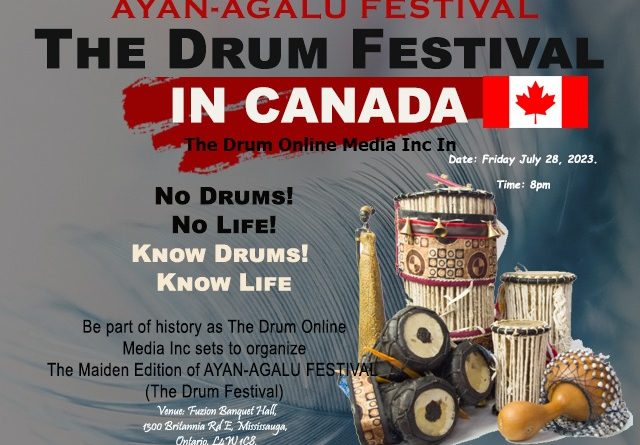 The media company which was specifically established in 2015 in Nigeria with the mandate of disseminating news items, advertorials, products branding and intellectual publications online. Part of its critical mandate is the strategic recognition and promotion of African and Nigeria’s cultural heritage on both national and global scenes in a number of interesting and articulated dimensions.

In a press statement made available to the media by the Publisher of The Drum Online Media Inc. and the Convener of The Drum Festival, Prince Segun Akanni, when he said part of The Drum Online Media Inc.’s critical mandate are obsession for African cultural renaissance and promotion. Akanni said he wishes to use this medium to announce the organization’s plan and preparation to showcase one of the Africa’s and Nigeria’s most prestigious cultural festivals known as the The  Drum Festival (Ayan-AgaluFestival).

The history of Ayan-Agalu Festival is as extremely fascinating as that of any other Drum festival staged across the globe.

With a plethora of healing, educative, entertaining and prosperous cultural festivals, the Yoruba race is, undoubtedly, one of the most endowed races replete with rich and prestigious traditions and cultures in the world today.

One of such celebrated and prestigious cultural festivals is the Drum Festival – (Ayangalu Festival). The origin of Ayan Agalu dates back to the epoch when the Yoruba primogeniture, Oduduwa, descended on the earth at Ile-Ife. Ayangalu was said to have descended next to Oduduwa at a historic place called Atiba and this obviously accounts for why Atiba remains the hub of traditional drummers in Ile Ife – Yoruba ancestral abode – till date. The term ‘Ayangalu’ refers to the ‘spirit or god of the drum’.

According to the account of Ayandapo, Ayangalu was a deified personage of drums and a normal human being with extraordinary powers. Ayangalu was indeed a jovial drummer who played a lot with children and derived immense joy in making people happy, but he was unfortunately antagonized by conspirators or foes to a ridiculous dimension that he became frustrated and decided to turn to a tree out of uncontrollable anger.

Ayangalu was a great deity that cannot be forgotten and whose drumming prowess and legacy deserve monumental immortality.

A number of breath-taking and culturally exhilarating activities have been penciled down to celebrate the maiden edition amidst pomp and pageantry. Some of the activities expected to be showcased at the festival will include but not limited to the following:

• Street-wide procession across Toronto and Mississauga;

• Lecture to be delivered by a Professor Emeritus, His Royal  Majesty  Oba (Prof) Adekunle  Adeogun Okunoye, Eburu Of Iba, Osun State – on the event’s theme;

• Presentation of Awards of Excellence to selected awardees;

• Presentation of Prizes and Cultural Gifts; and

• Lots of Mind-Blowing Shows and Side Attractions.

The event, which has been endorsed and received the blessing of His Imperial Majesty, the Ooni of Ife, Oba Adeyeye Enitan Ogunwusi (Ojaja III), will hold as follows:

In order to make the event epoch-making and memorable, important dignitaries and crème de la crème from Nigeria, Ghana, Togo, Benin  Republic and Canada as well as cultural enthusiasts and drum aficionados from other parts of the world will be in attendance.  Specifically, hundreds of traditional rulers and custodians across the globe, the Prime Minister of Canada, Justin Trudeau, Premier of Ontario, Doug Ford, Canadian Minister of Tourism, Official Languages and La Francophonie, Minister of Canadian Heritage, Nigerian Government officials, Canadian Members of Parliament,  Mayors of Toronto, Mayor Of Brampton, Mayor of Mississauga, UNESCO, Canada Council for the Arts, Canadian

the Special Guest of Honour are some of the several other dignitaries that will be gracing the event.

‘I will be having an elaborate media chat early 2023 where I will be throwing more light on the concept, importance and relevance of the proposed festival in Canada’, Prince Akanni revealed.

On final note, the 2023 Ayan-Agalu Festival promises to be culturally exhilarating! the convener stated. 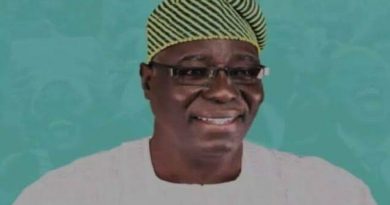 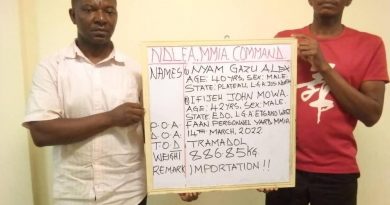 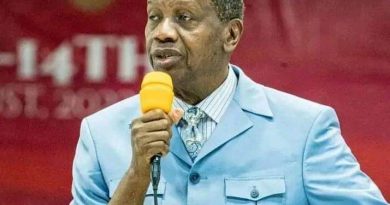 How I Got £50 Gift Through Wrong Phone Call-Adeboye