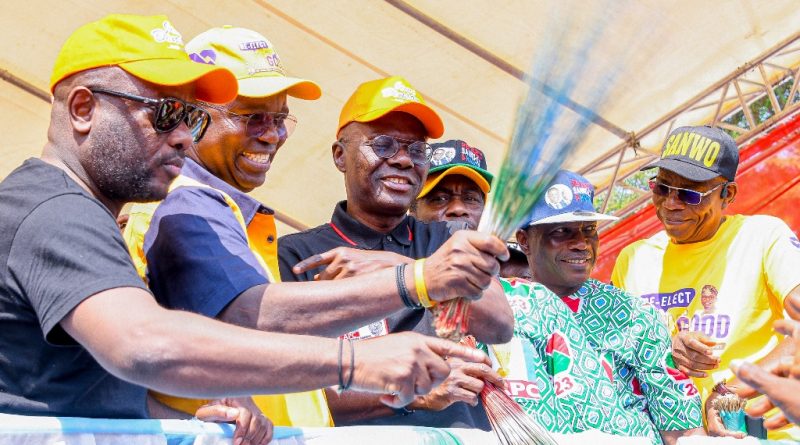 Ikorodu Town Hall, on Tuesday, bubbled with political activities as the ruling All Progressives Congress (APC), took its governorship campaign to the Lagos East Senatorial District.

Tumultuous crowd of residents, party stalwarts and leaders from all towns in the Lagos East Senatorial District of the state converged on the Ikorodu city centre to drum support for the re-election of APC gubernatorial standard bearer, Governor Babajide Sanwo-Olu, and his running mate, Dr. Obafemi Hamzat.

Candidates of the party running for national and State legislative seats in the district also led scores of their supporters to the campaign attended by members of the State cabinet, Governance Advisory Council (GAC) members, and various political support groups.

It was time for Governor Sanwo-Olu to showcase his administration’s scorecard in projects and promises fulfilled to residents in the Lagos East, which comprises Ikorodu, Kosofe, Somolu and Epe provinces.

The Governor said the quality of projects and programmes initiated by his administration had positively changed the socio-economic narrative in the district, improving the wellbeing of the people.

Sanwo-Olu regaled the crowd with the list of infrastructure projects ready to be commissioned in the Lagos East District, disclosing that President Muhammadu Buhari would be in the State in January to inaugurate the 32-metric tons Rice Mill project built by his administration in Imota.

He said: “Today, we have come to you to seek your mandate and support for another term. We are here with our hands full of fulfilled promises, which are already changing the socio-economic situation in this part of Lagos. After this campaign, we will be coming back to Ikorodu for the formal commissioning of Oba Sekumade Road and Ipakodo Road. The President will also be coming in January 2023 to inaugurate the Imota Rice Mill, which we have completed and has been in operation.

“Also in January, the first deep seaport we have initiated in the Lekki Free Trade Zone is due for inauguration. In the same free zone, we have the biggest refinery to be commissioned by Mr. President. The first phase of the six-lane Lekki-Epe Expressway from Eleko to T-Junction getting ready for completion and will be formally opened. We have delivered Mother and Child Centre in Epe, just as we opened regional emergency centre in Epe. These are some of the projects sited in the Lagos East and they are verifiable.”

Sanwo-Olu said the approval and the siting of an airport in Ibeju Lekki was another “step forward” towards delivering his administration’s agenda of Greater Lagos and keeping the Lagos East on the path of economic prosperity.

The Governor said the creation of Lekki Free Zone was a triumph for the vision of the APC presidential candidate, Asiwaju Bola Ahmed Tinubu, who initiated the idea that had transformed Epe Division into a new economic hub.

Sanwo-Olu said his Government had started development of West Africa’s largest Food and Logistics Park in Ketu Ereyun, Epe. He added that his administration, in the last three years, had empowered thousands of young farmers and entrepreneurs in agro business.

In road infrastructure, Sanwo-Olu has completed the first phase of Ijede Road, while construction work is being completed on Ogombo Road. He said the network of roads inaugurated by his administration in Soluyi community in Gbagada had not only improved mobility, but also life quality.

The Governor pledged his commitment towards the timely delivery of Gberigbe Road, Agric-Isawo Road, Igbogbo-Bayeku Road and the ongoing phase two of the Lekki-Epe Expressway from Eleko to Abraham Adesanya.

In housing, Sanwo-Olu delivered the 480-unit Ibeshe Housing Scheme and 744-units in Sangotedo, while work is being carried out on Ibeshe Scheme II and Sangotedo Scheme II.

He said: “We have also made a lot of progress in education, which has improved access to quality learning. We have not only achieved the full upgrade of Lagos State Polytechnic to a full-fledged university, we have also brought huge relief to our youths and their parents from the 60 per cent reduction in tuition fee.

“To ensure residents enjoy the benefits of efficient transportation system we have put in place, we procured and deployed more high and medium capacity buses to transit passengers from Ikorodu to Lagos Island and Oshodi. We are currently restoring the Ijede Jetty, just as we upgraded Badore Jetty to boost safe waterways transportation for those in coastal communities.”

Sanwo-Olu told the Lagos East residents that APC remained the party to beat. He urged them to get their Permanent Voter Card (PVC) and vote en mass for all the party’s candidates in the general elections.

Lagos APC chairman, Hon. Cornelius Ojelabi, described Sanwo-Olu and his running mate as “effective crisis managers”, noting that the State was lucky to have the duo at the time of emergencies.

The party, Ojelabi said, had strengthened itself on the ideals of social equality and brought programmes targeted at alleviating burdens on people. He cited the recent reduction of tertiary institution school fees by 60 per cent as deliberate to create more access for the youth

He said: “We want you to renew your hope with us for a better Lagos and Nigeria. We are presenting the best candidates for State and national elections. Today, we want to sign another accord and renew our commitment to deliver more projects that will make your lives better.”

Former Deputy Governor and party leader in the division, Prince Abiodun Ogunleye, said Lagos East benefited greatly from the Sanwo-Olu administration in the areas of education, housing and infrastructure.

The GAC leader said the best way to appreciate the Governor’s performance was to re-elect him to complete various projects being undertaken by his administration. 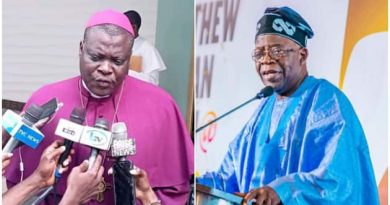 Just In: For Supporting Tinubu, Bolaji Akinyemi Accuses Lagos CAN Chairman, Stephen Adegbite Of Partisanship….Petitions CAN Nat’l Hqtrs To Remove Him 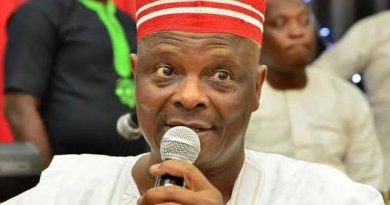 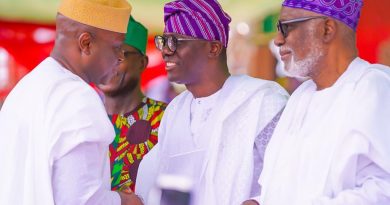