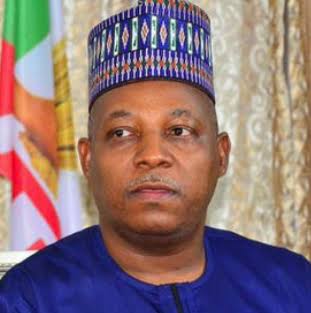 Friends mounted at UYK Hotel in Garki 2 Abuja to deepen relationship and give support for the emergence of Asiwaju Bola Ahmed Tinubu and Kashim Shettima come 2023. The convergence brought party-men, former Bankers and well wishers together to brainstorm towards a move to advocate for Tinubu and Kashim Shettima with strong determination to ensure they give back to a long relationship that informed the decision to gather for Senator Kashim Shettima, former Borno state governor and APC Vice Presidential Candidate.

“Friends of Kashim Shettima are illustrious sons and daughters who grew up with him from the same neighbourhood, attended schools together and share experiences in the banking sector and political Leadership. At the moment they are largely a diverse group of partisan and non partisan leaders, corporate giants, former Commissioners, former and present governors, Senators and Political associates across the country.

“It is this rare breed of distinguished Nigerians that constitute the friends of Kashim Shettima, which mounted into a solidarity group to support the Tinubu, Kashim Shettima presidency in the February, 2023 Presidential elections.” Bulama said

According to him, Friends of Kashim Shettima are true patriots who are avowedly committed and passionate about the desires and quest of Nigerians to elect competent, highly experienced, visionary, dynamic, inspirational, transformational, transparent and achievements-oriented team in 2023. Adding the the sterling leadership qualities eloquently defines the character and persons of Bola Tinubu and Kashim Shettima.

“It is imperative for Nigerians to know the true character and attributes of the leaders that would be elected into various offices in the 2023 general elections and the emergence of a President of our dream is of paramount importance. Tinubu and Kashim Shettima have done it before in Lagos and Borno states and they will replicate the delivery of the dividends of democracy nation wide if given the mandate.” Bulama said.

He observed that Kashim Shettima’s enviable track record of infrastructural transformation, administrative sagacity, visionary and dynamic leadership as well as astute management of lean resources as governor of Borno state during his 8 years stewardship signpost Tinubu, Shettima’s competence and ability to fix the economy and restore Nigeria to the path of prosperity.

“Many may not be opportune to know the kind of struggle President Muhammadu Buhari has make to ensure he leaves a solid foundation for growth for Nigeria. I think he has made the in road for Tinubu and Kashim Shettima to take Nigeria to a better level and ensure the glory is returned.” Bulama added.

The Deputy Coordinator of the occasion and former Nigerian Ambassador, Babangida Aliyu said he came in contact with Senator Kashim Shettima in their days as bankers in 1999. He described Kashim Shettima as a detribalised leader who is a unifier and bridge builder. According to Amb. Babangida since their first meeting at AIB Bank they have sustained relationship and have continued to relate even after AIB Bank when Shettima move to the Zenith Bank.

“Over the years I have learnt so much about Kashim Shettima that I know Nigerians will appreciate his qualities and humane nature as a Nigerian for Nigerians because he is a man who associates with all irrespective of religion or ethic background. He is a true description of Man of the people. He is very intelligent and I know his pedigree is unequal.” Amb. Babangida Aliyu said.

Yunusa Audu, is a friend of Kashim Shettima since 1984. According to him, “We are convinced that in a diverse and complex country like Nigeria, we need a liberal and fair-minded Vice President that will compliment the nation building and national intervention efforts of the president. This is why well meaning and patriotic Nigerians should support Tinubu- Shettima Presidential aspirations. Both Tinubu and Shettima have the same ideology of building people. They have appointed even non indigenes and competent people of different faith into top government position in their states.”

He agrees with many friends of Kashim Shettima who spoke at the occasion that among the three frontline runners for Nigeria’s presidency, the Asiwaju Bola Ahmed Tinubu and Kashim Shettima team posses intimidating credentials that is sniffing out hope for their opponent in the buildup for 2023. 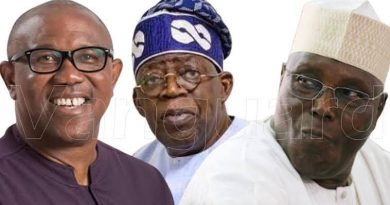 Who Is Tinubu’s Pig?