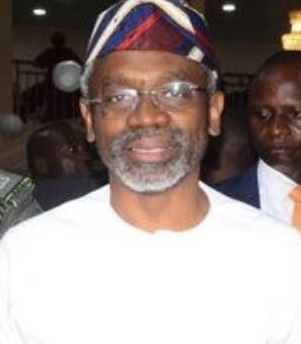 Stakeholders in Osun state have petitioned the chairman of the All Progressives Congress, Senator Abdullahi Adamu over the attempt by the Speaker of the House of Representatives, Hon Femi Gbajabiamila to smuggle one of his aides, Mr Seun David Odofin, who neither appear for Screening nor resign as stipulated into the race for the House of Representatives of the Obokun/Oriade Federal constituency.

The petition which was signed by Alofe Babatunde and Princess Modupe Adedayo respectively and addressed to the national chairman said such flagrant disregard for the party rules and convention is capable of putting the party interest in jeopardy and may lead to the disqualification of the candidate if the opposition approach the court to seek redress.

The duo said it was such inability to adhere strictly to party rules that led to the sacking of one of its governors, Mr DAVID Lyon in Bayelsa by the Supreme Court On The eve of swearing -in after a hard earned electoral victory.

The group also hinted on the need to always do the needful as regards the party rules in order not to render the effort of the party a nullity after a hard won electoral victory.

The group maintains that if the APC  had won the Anambra governorship election in 2021, the party’s candidate, Senator Andy Uba would have been equally sacked as the Supreme Court ruled in the case that there was no proper primaries conducted by the APC, when an aggrieved member of the party approach the court and therefore held that ‘ you cannot build something on nothing’.

The group therefore urged the party not to allow Mr Seun David Odofin to participate in the primaries because he didn’t appear for the screening and neither did he resign his position as SSA to the Speaker as stipulated.

The petition read, “ Furthermore, the said Oluseun David Odofin with the connivance of some enemies of the party devised a way to criminally misrepresent the Screening Committee thereby illegally obtaining the Clearance Certificates.

“The reason for this assertion is that, the screening committee did notice the discrepancy in Oluseun David Odofin’s resignation and upon submission, the committee in the constitutional requirements form did at first input NIL in their assessment of Oluseun David Odofin remaining as an employee of the Public service within 30 days preceding the date of primary elections, and later it was handwritten that he had resigned and a fraudulent resignation letter was received from him.

“This letter was neither acknowledged by the offices of Clerks of House of Representatives, National Assembly or the Speaker. This suggests that the Committee did at first appropriately assess his employment status and later some words were smuggled in the assessment form upon his connivance with some unscrupulous elements, thereby deceiving Committee into issuing a Clearance Certificate in his name.

“Additionally, we want to state categorically, that Oluseun David Odofin did not physically attend the Screening Committee’s Screening exercise which is in breach of our great party’s guideline. It will interest you sir to note that, this sole ground of breach of our party’s guidelines renders Oluseun David Odofin incompetent to contest in our Party’s primary election.

“We have a cogent reason to believe that the Chairman and the Secretary of the Screening Committee may have been compromised, intimidated or threatened, reason being that it is crystal clear that apart from the fact that they did find out that Oluseun David Odofin has not properly resigned his current office, they also did not conduct a screening particularly for him as an aspirant in our party’s primary election, all the reasons stated above are more than enough basis to hold that Oluseun David Odofin did not meet the threshold for qualification to contest at the All Progressive Congress’ Primaries.

“We urge you sir, to quickly wade into this matter by disqualifying Oluseun David Odofin for the above stated reasons and ordering an investigation into the issuance of his clearance certificate and consequentially withdraw the Certificate of Clearance issued to him, as we are definite that a criminal connivance took place and also ensuring that everyone involved is made to face the wrath of the law.

“We will also urge you sir, that upon his disqualification and withdrawal of the Certificate of Clearance wrongly issued to Oluseun David Odofin, he should also be barred from a right to appeal having not participated in the screening exercise.”

“Our aim for raising all our observations and suggesting the disqualification of Oluseun David Odofin is to ensure that the incident afore-cited does not re-occur as it may endanger our party from being appropriately represented at the National Assembly.”

Below is the bromide of the petition 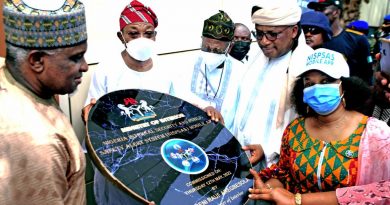