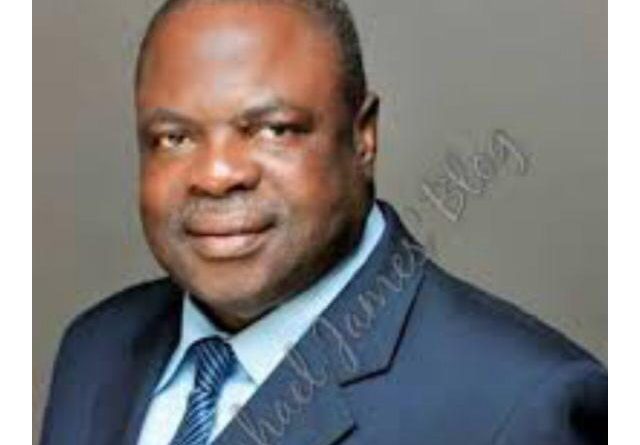 A former Nigeria Football Federation official, Amos Adamu, is embroiled in another scandal.

A member of Qatar’s World Cup bid, Phaedra Almajid, on Thursday alleged that Adamu was involved in the bribery scandal in the explosive new Netflix series titled, FIFA Uncovered.

Adamu, was allegedly offered a bribe of £1.3milliion.

Recall that Adamu was in 2017 banned for two years by the Federation Internationale de Football Association (FIFA), world football governing body for ethics violations, after he had served a three-year ban in 2010 for accepting bribes in connection with the attribution of the 2018 World Cup to Russia and the 2022 tournament to Qatar.

According to the report, Almajid claimed that she was in the room with Qatari official, Hassan Al-Thawadi, at a hotel in Angola in January 2010 when money was offered to the three men including Adamu, Issa Hayatou of Cameroon and Jacques Anouma of Ivory Coast, who were among 24 voters set to pick the 2018 and 2022 World Cup hosts later that year.

The vote led to Qatar winning hosting rights for the 2022 tournament ahead of Australia, Japan, South Korea and the USA.

Almajid was quoted as saying that “We were talking about how Africa had been given its chance to host the World Cup and how the Arab world should be given their chance, and then Hassan offered Hayatou $1m for Hayatou’s football federation (Cameroon) and in return, we wanted his vote.

“I remember there just being laughter and then him saying that is not enough, and so the price was upped to £1.3m — just like that. It was just so simple,“We will give you this money for your football federation, you give us your vote and thank you so much. One by one we did the same thing with Anouma and Adamu. $1.5m was offered to each member that evening in exchange for their vote. It was verbal, I never saw money.”

Almajid further alleged that the offer came at a meeting of African football federations in January 2010, a year before the FIFA vote for the 2022 host nation.But all the three African officials accused of bribery denied the allegation; but Almajid claimed that the proposed money was made to the federations, rather than the individuals themselves.

“It was made very clear the money was going to football, it was never said it is going into your pocket, I do need to emphasise that. Where it ended up I have no idea.

“Before I went back to my hotel room, Hassan told me, ‘You never repeat this ever again to anyone and I was like, ‘OK,’” she said.

Despite Almajid’s claims and allegations, Al Thawadi has strongly denied the claims, insisting that “My reaction, especially on the Phaedra situation, it’s frustration.

“They are inherently false and there are facts on the ground that prove they are false.”

Meanwhile, Almajid was said to have anonymously revealed the alleged offers to the Sunday Times after being sacked by Qatar’s bid, and later signed a statement withdrawing her claims.

“I was basically told either you sign an affidavit stating that you lied or else we are legally going to come after you.”

It Was A Mere Slip, APC’s Spokesman Replies Critics Of Tinubu’s Gaffe At Kadinvest 7.0