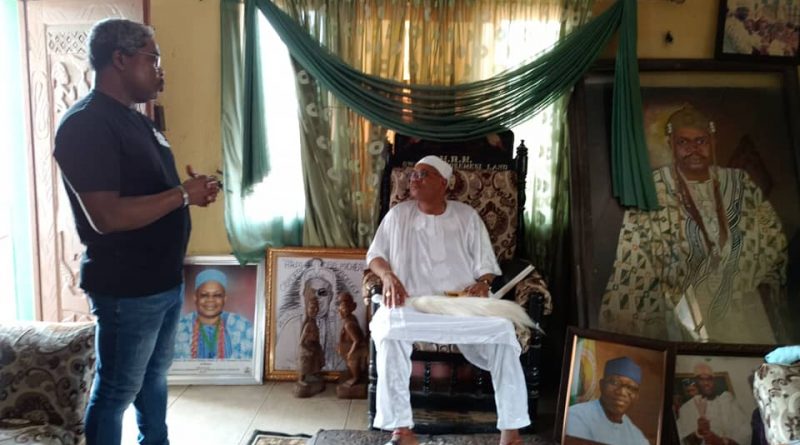 The Owa Ooye of Okemesi Kingdom, Oba Michael Gbadebo Adedeji has assured a People’s Democratic Party (PDP) House of Representatives aspirant in the 2023 National Assembly elections, Lere Olayinka of the community’s total support in his quest to represent Ekiti Central Federal Constituency II at the Green Chamber of the National Assembly.

The monarch made this known on Monday in his ancient palace while receiving Olayinka and his entourage who had come to intimate him about his desire to run for the coveted seat.

The monarch prayed for the success of Olayinka’s aspiration.

Oba Adedeji who attributed dearth in development of Okemesi to lack of opportunities at the federal level said no stone will be left unturned in ensuring one of their own is voted into the green chamber.

“I have no doubt about your love as well as your desire and passion for the development and growth of this community, your desire for freedom and liberation of your people is unquestionable, your love for an egalitarian society could also be literally touched. I promise we’ll support you in achieving all these.

“I know how much development a House of Reps member close by, Hon. Wole Oke to be precise has attracted to his community, I know what you can do Lere, we’ll support you.

“At this initial stage, sons and daughters of Okemesi are allowed to belong to different camps, but at the appropriate time, the project will become that of the community. We are expected to be a rallying point and by the grace of God, we won’t fail in that regards. Okemesi is one, our development to us is paramount”, the monarch said.

Oba Adedeji who admonished followers of politicians to exhibit civility, decorum and good conduct stressed that by law of natural justice, those who are yet to benefit today will do so tomorrow. The monarch thereafter fortified Olayinka with prayers for protection and outstanding success at the poll.

In the same vein, Olayinka, after the royal blessing at the palace proceeded to the venue of Okemesi PDP general meeting where he informed party faithfuls about his intention to run for Ekiti Central Federal Constituency II seat at the House of Representatives.

Olayinka lamented that inspite of Okemesi people’s commitment and loyalty to the PDP, the town has not had the opportunity to present one of its own via the party’s platform at the national assembly since 1999.

“It was under the Alliance for Democracy (AD) that Ayo Oni represented Ekiti Central at the Senate in 1999, no other town has been as committed and dedicated to the PDP in Ekiti West Local Government as Okemesi Ekiti, but what have we got to show for it in terms of representation at National level?

“Not even a commissioner’s slot have we got since then, shall we continue to be the caterpillar that construct a road but does not ply it? The tide must change,” Olayinka said.

The former Director-General of the Broadcasting Service of Ekiti State while addressing party faithfuls showered eulogy on the former governor Ayodele Fayose led PDP leadership in Ekiti for considering communities who have least benefitted in the history of the party.

“Many thanks to the leadership of the Ekiti PDP at this time who has deemed it fit to support our vision to expose our people to a new world of opportunities.

We have been on the wrong lane for way too long, in 2003 we queued behind SK Babalola but we failed. In 2007, our son had the brightest chance of winning but he was disqualified. In 2014, we queued behind Adeyeye but we failed. Providence and my job brought me to Ayo Fayose, I didn’t get there because I was from Okemesi, I would still have worked with him even if I were from Ilawe.

“This in essence means that in that administration, Okemesi didn’t get any position by right, some of us thought within us that we must remain with a leader who is worth his salt, that decision today has paid off, if we had done otherwise, today, PDP in Okemesi would have once again been stranded.

“Having zoned the House of Representatives seat to our axis here, I urge us all to tap maximally into this opportunity by doing all that is necessary to ensure we win the governorship election on June 18 and the NASS and presidential election in 2023”, Olayinka said. 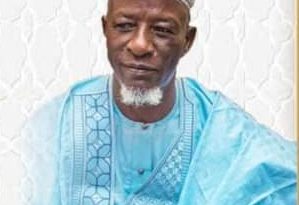 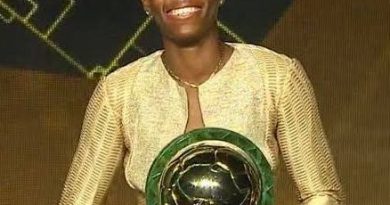